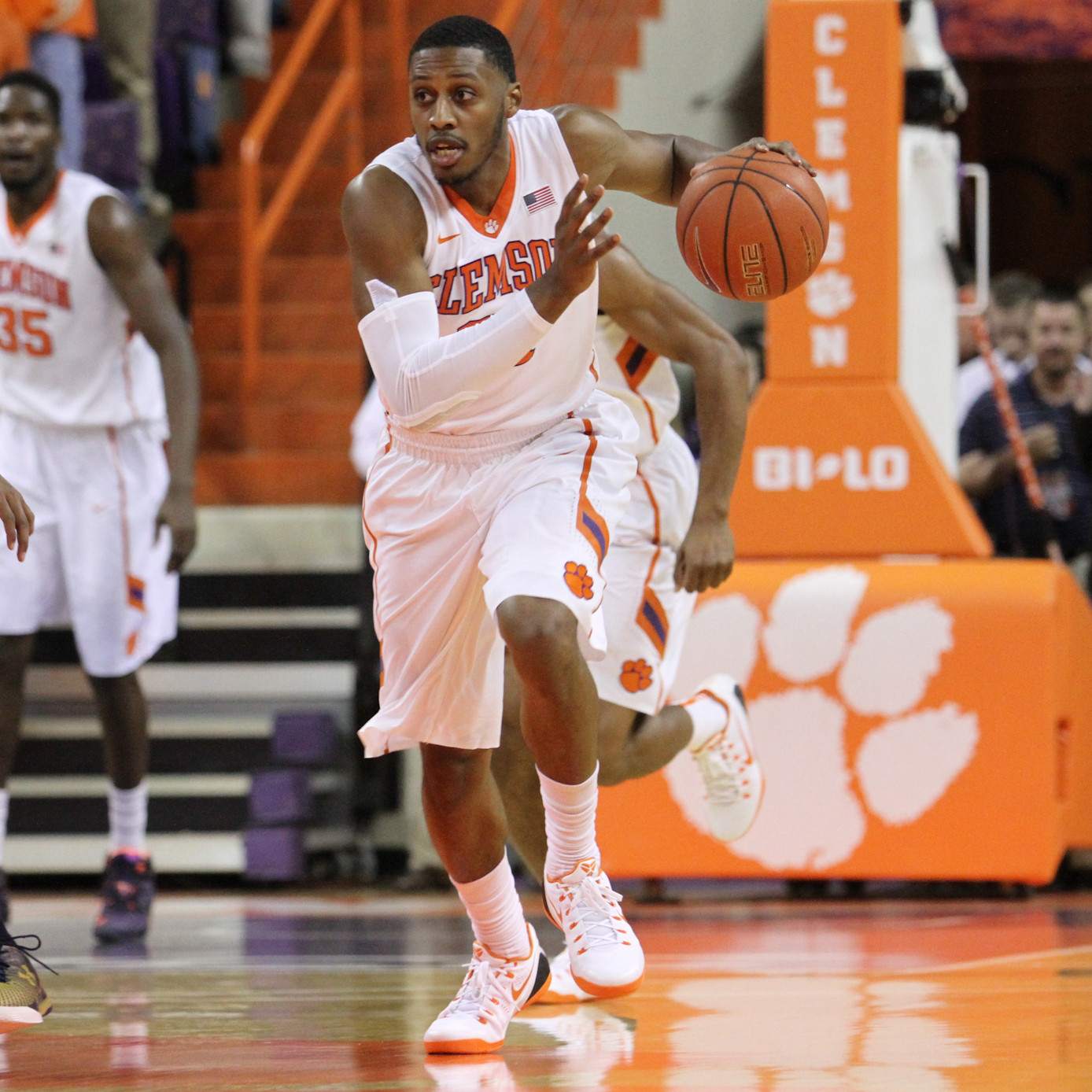 CLEMSON, S.C. — A last second Damarcus Harrison three-pointer fell just short as 10th-ranked Notre Dame knocked off Clemson, 60-58 in Littlejohn Coliseum on Tuesday. The Fighting Irish improved to 22-4 (10-3 in ACC) and the Tigers fell to 14-10 (6-6) in what turned out to be a thrilling contest in front of nearly 9,000 fans.

With the game tied at 56 with 2:20 remaining, Notre Dame guard Demetrius Jackson drove through the Tiger defenders and connected on a layup and a turnover on the ensuing possession gave the ball back to the Fighting Irish. After bleeding the shot clock, star guard Jerian Grant missed a jumper, but a Notre Dame rebound continued the possession. With the shot clock winding down, Grant drove again and shot over Hall, burying the jumper to stretch the Notre Dame lead to 60-56.

With only 44 seconds remaining, Hall drove the length of the court and finished an acrobatic layup to cut the lead to 60-58.  Shortly after the Fighting Irish inbounded the ball, Jackson was fouled, but missed the front end of the bonus. The Tigers had a chance to tie or take the lead on the final possession, but a Jaron Blossomgame runner fell short and after a quick steal on a Notre Dame rebound, Harrsion unloaded a deep three attempt that bounced off the front iron as time expired.

“There were a couple of times with four minutes left that we had a four point lead going to the free throw line and we just have to make plays down the stretch to win those games,” Blossomgame said.  “When it’s a close game against a ranked opponent on our home court we have to find a way to win.”

Blossomgame led the Tigers in scoring with 17 points and also snagged 14 rebounds for his team-leading seventh double-double on the season. Harrison also had a banner day, recording 15 points and burying 3-of-5 from long range. Grant, brother of former Clemson Tiger Jerai Grant and nephew of 1987 ACC Player of the Year Horace Grant, led all players with 22 points.

The Tigers are back in action Saturday at noon against ACC foe Virginia Tech. Tickets are available by calling 1-800-CLEMSON and at ClemsonTigers.com.

[View the story “Clemson vs. Notre Dame” on Storify]