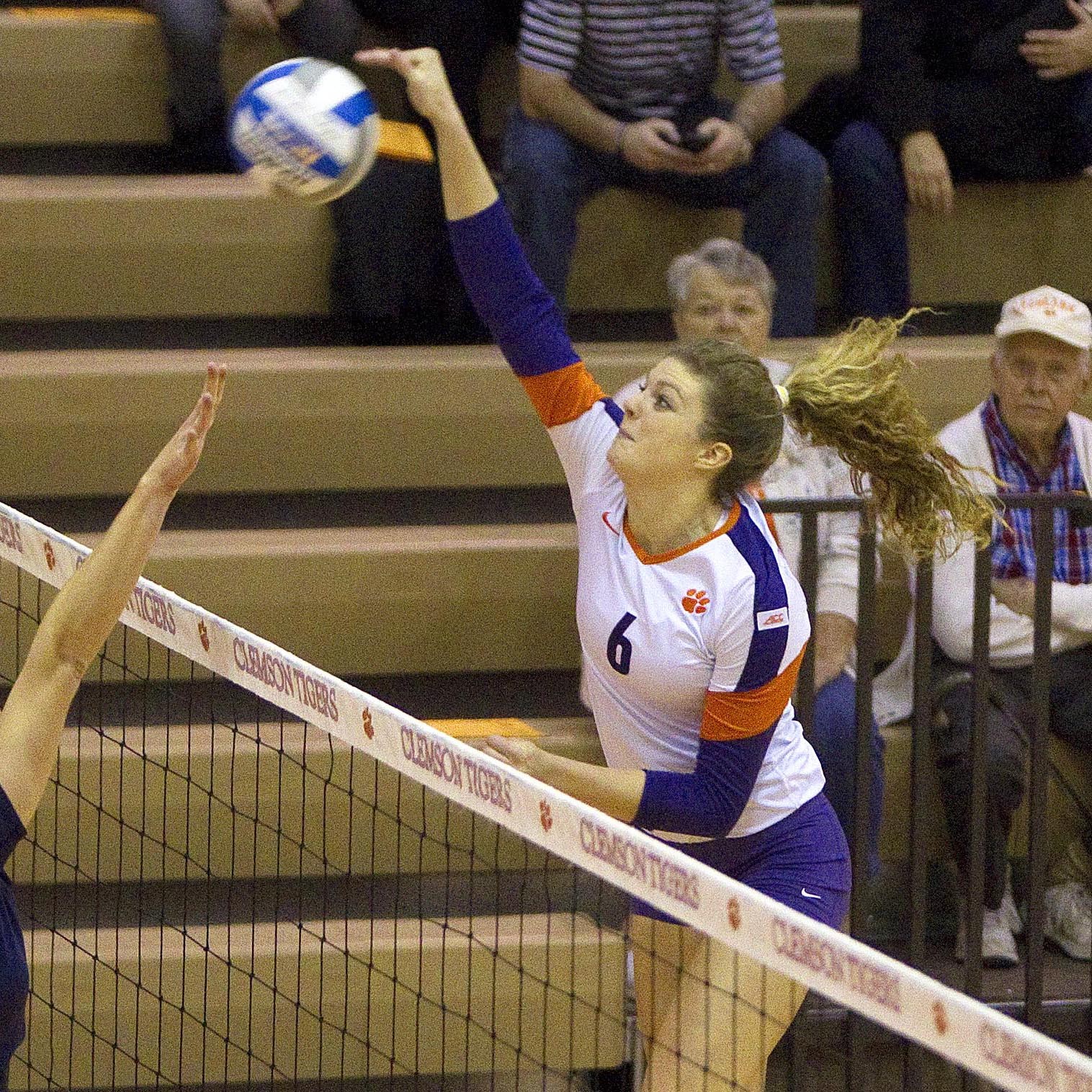 Senior Haleigh Hampton had a hot hand and led the Tigers with 18 kills and just two errors, hitting .457 on the match. Sophomore Leah Perri was also on fire for Clemson and put down 17 swings. Kate Federico ran the offense with 46 assists and had three hitters in double-digit kills. The Tigers put down 10 total blocks on the match, led by Karis Watson who had six.

Clemson came out strong in the first set. The teams battled back and forth, seeing 13 tie scores and seven lead changes. The two teams played evenly, each hitting .250 on the set, and Hampton led the Tigers with five kills. Although they dropped the second set, the Tigers’ defense was able to hold Florida State to a .146 hitting percentage, their lowest of the match. The Tigers put down four blocks as a team in the set.

Clemson came out with a 5-1 lead in set three. Their hitters put up a .438 hitting percentage, the highest in a set for the match by either team. Hampton led all hitters in the set, putting down eight swings and no errors on eleven attempts.

The Seminole offense came alive in the fourth, and especially the fifth set, hitting .308 and .435, respectively, to close out the match. The Noles’ offense was led by Nicole Walch who set a new career-high with 25 kills. The match was Florida State’s seventh five-set match this season, and the Noles have won all seven.

The Tigers are on the road for two matches next week. First the team travels to Syracuse to take on the Orange on Friday, Nov. 7 at 7 p.m. Clemson takes on Boston College on Sunday Nov. 9 at 12 p.m.