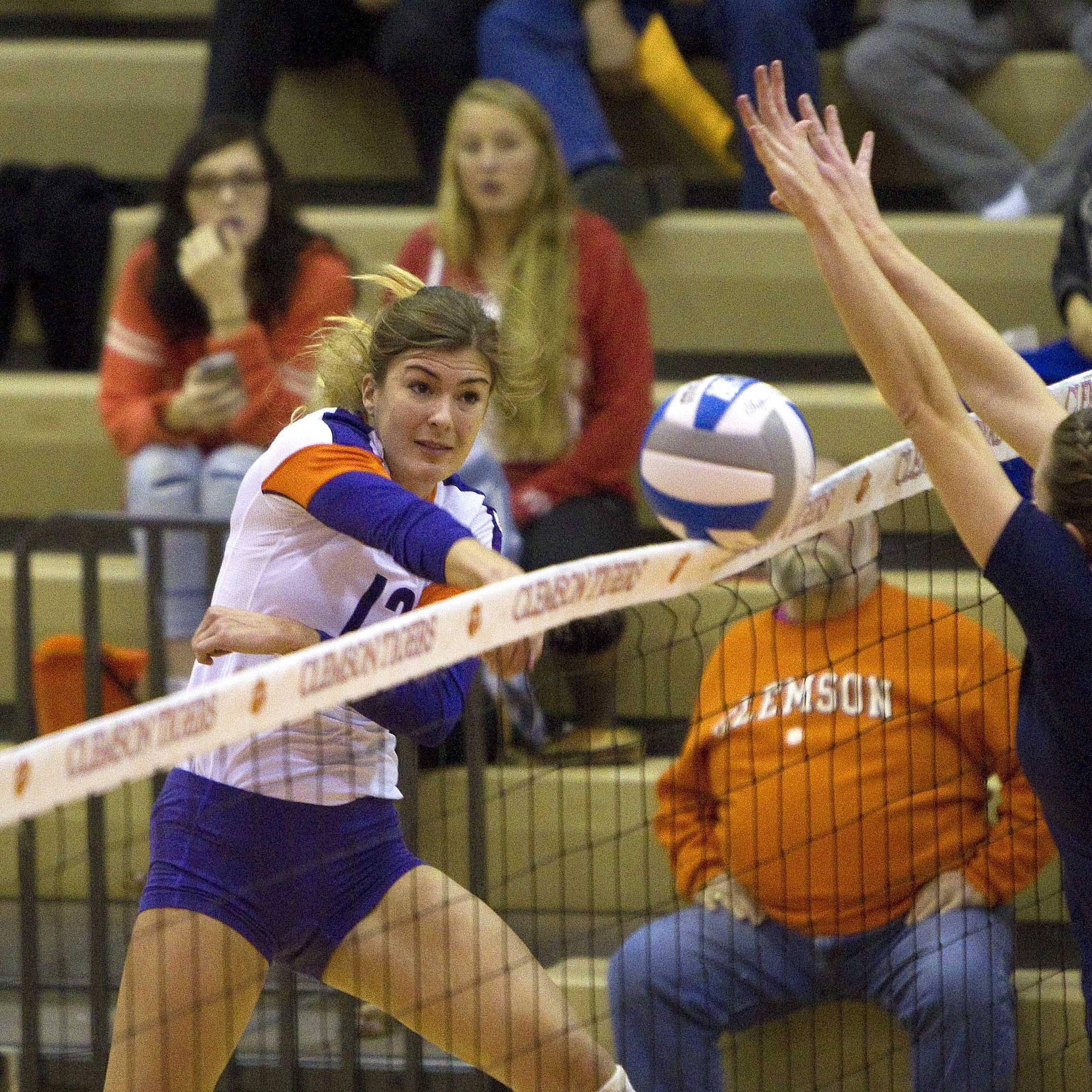 Senior Kristin Faust led all hitters on the floor with 20 kills. Sophomore Leah Perri was right behind her with 18 kills. Both Perri and Faust put up their most kills since Sept. 13 against Tennessee State. Perri has 33 kills against four errors in her two matches this week.

Kate Federico ran the offense with 47 assists. Niki Collier led all players on the floor with 17 digs, making it her tenth match in a row with double-digit digs. Front row defense was lead by Karis Watson, who is 7th in the nation in blocks with 136 blocks on the season. The Tigers put down 7 as a team.

Clemson competed with Virginia all match. The first set saw 10 tie scores. Faust put down nine kills for the Tigers but The Cavaliers hit .424 to the Tigers .270 and took the set 23-25.

Virginia held the Tigers to a .100 hitting percentage in set two. The Cavaliers had a 18-9 lead before the Tigers went on a 10-4 run to pull within three, but Virginia took the set 25-19.

The Tigers registered four blocks in set three and their front row defense kept the Cavaliers at a .053 hitting percentage. Perri put down five kills to give the Tigers the 25-20 win.

The Tigers battled back and fourth with Virginia in set four; they saw 10 tie scores. Clemson was up 24-21 before the Cavaliers went on a five-point run to take the set 26-24.

Clemson steps back on the court on Sunday Nov. 2, when they take on a 3rd ranked Florida State team at Jervey Gym at 1 p.m