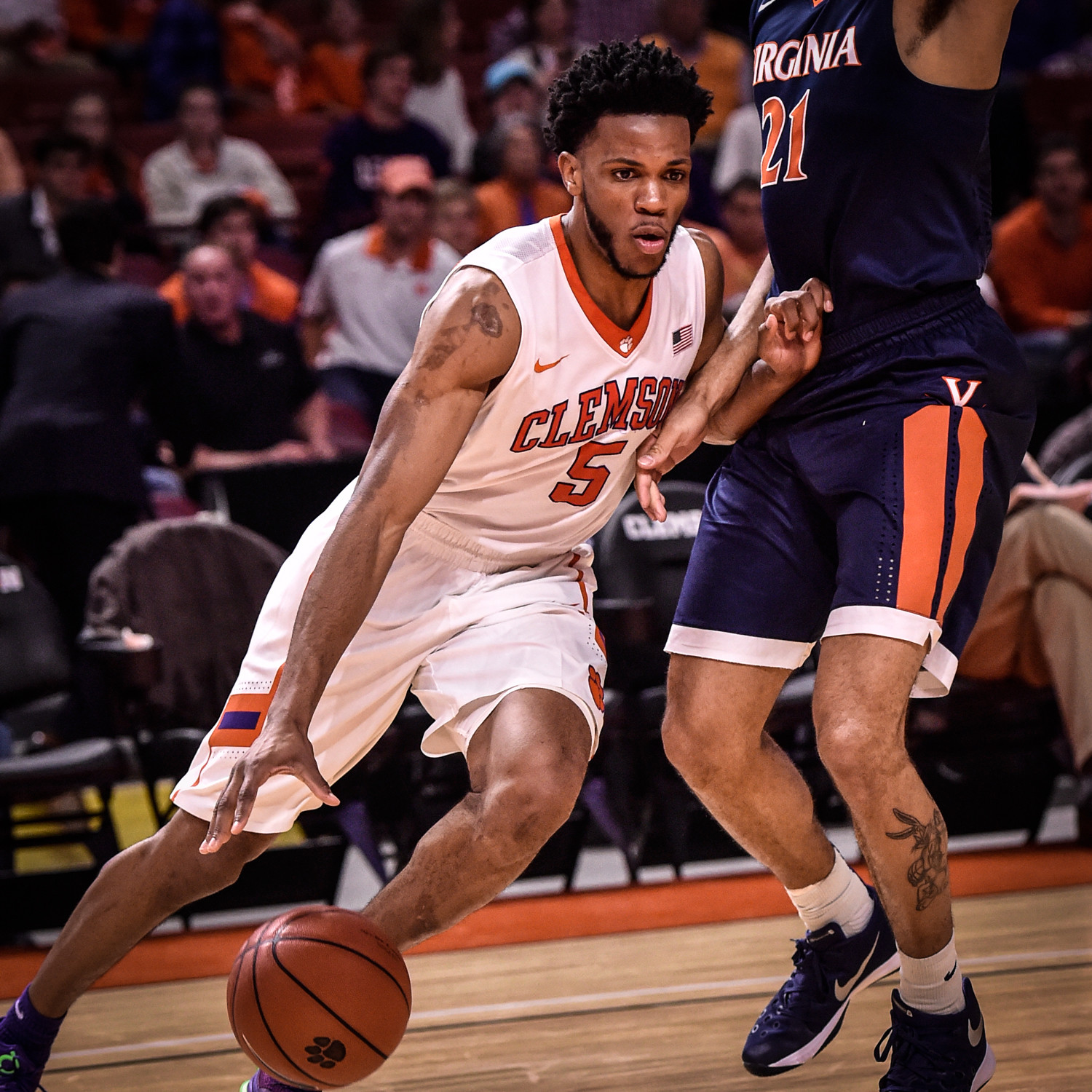 GREENVILLE, S.C. — The Tigers took on No. 4 ranked Virginia on Tuesday in front of an emotional Senior Night crowd for their final regular season game at Bon Secours Wellness Arena. The Cavaliers bookended the game with big runs, proving too much for the Tigers wto overcome in a 64-57 loss. Clemson fell to 9-8 in the ACC, 16-13 on the season. Virginia advanced to 23-6 on the season and 12-5 in league play.

Jaron Blossomgame had the top individual performance for either team with 31 points, just two shy of his career high. He erupted in the second half, putting up 17 and hitting three field goals from long distance. He was the only Clemson player in double figures, however. The Tigers out-shot the Cavs overall, 43.5 percent to 40. But UVa was hot from downtown, converting 9-19 threes. Malcolm Brogdon led the Cavs with 18 points.

The first half got off to a rocky start, with the Tigers facing a 12-0 deficit in the first five minutes. Thanks to a 13-6 run, Clemson was able to turn their luck around and closed the gap 27-33 at the half. After missing its first 10 field goal attempts, Clemson recovered to shoot 42 percent in the first stanza.

Blossomgame brought The Well to its feet with back-to-back shots that closed the gap to 32-34 two minutes into the second half. The first shot was a reverse dunk, among his best highlights of the season. His second three of the half gave the Tigers their first lead of the game, 35-34. Donte Grantham and Gabe DeVoe both hit three-pointers in an entertaining back and forth segment midway through the half. But UVa countered with a 7-0 run following DeVoe’s three that proved to be the difference.

Clemson concludes the regular season on Saturday at Boston College, where the Tigers and Eagles meet at 12 p.m. in Silvio O. Conte Forum.