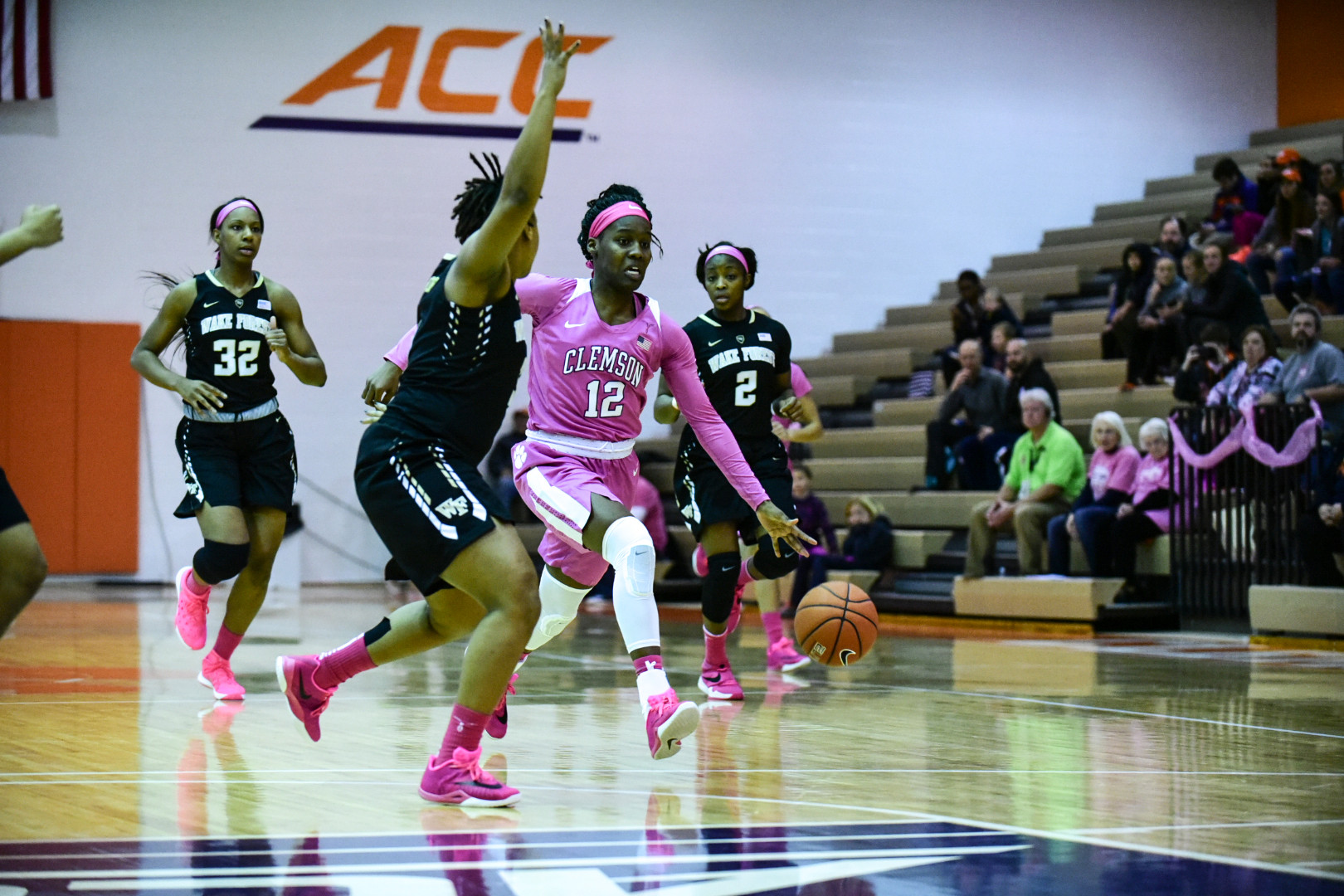 CLEMSON, S.C.- Aliyah Collier grabbed a career-high 17 rebounds, Victoria Cardaci knocked down four three-pointers and Sirah Diarra scored a career-high 11 points, but it was not enough as Clemson (4-20, 0-11 ACC) fell to Wake Forest (14-11, 5-7 ACC) by a final score of 55-45 in Clemson’s annual #Play4Kay contest.

“We got 61 shots and they got 53 but we just couldn’t knock them down. Wake Forest is a solid team. They have kids that can put the ball on the floor and score. However, we folded in the fourth quarter and let Wake go on a run,” Head Coach Audra Smith said.

The second quarter was much of the same, as neither team could find any separation in the first half. After two quarters, Wake Forest led Clemson 26-23. Collier led the Tigers with eight points at intermission and pulled down 10 of her 17 rebounds in the first half of play.

Cardaci knocked down two of her four three-pointers in the third quarter to lead the Tigers as Clemson outscored Wake Forest 11-10 in the third. However, the Demon Deacons still led 36-34 heading into the fourth quarter.

Collier hit a free throw to cut Wake Forest’s lead to 46-45 with 2:46 remaining in the contest but the Tigers would not score for the rest of the game as the Demon Deacons finished the night on a 9-0 run to secure the win.

Clemson returns to action on Sunday, Feb. 14 when they travel to Atlanta to take on Georgia Tech at 2 p.m.