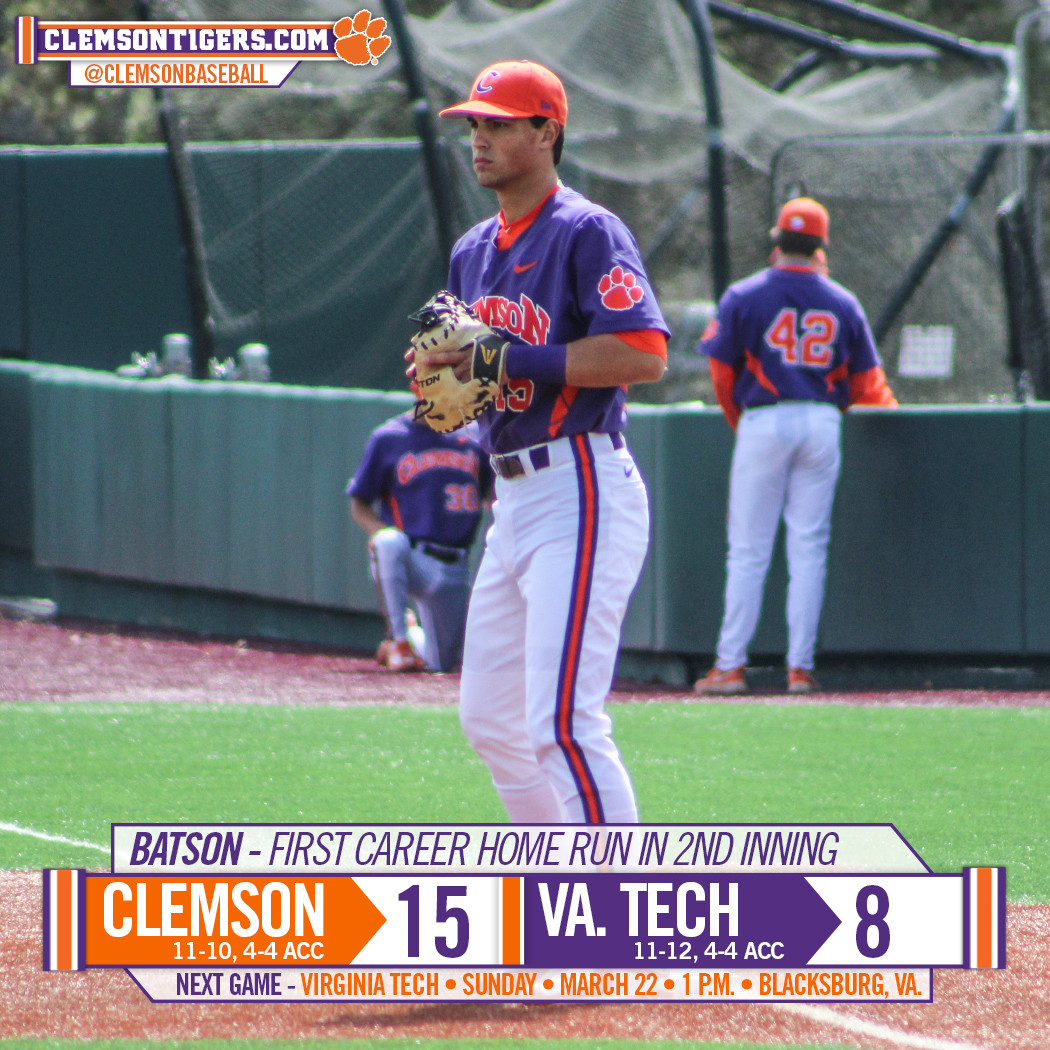 BLACKSBURG, VA. – Every Tiger starter scored a run in the first four innings as Clemson scored a season-high 15 runs in its 15-8 win over Virginia Tech at English Field on Saturday afternoon. The Tigers, who took a 2-0 lead in the series and scored their most runs against Virginia Tech in the 66th game in series history, improved to 11-10 overall and 4-4 in the ACC. The Hokies fell to 11-12 overall and 4-4 in ACC play.

Clemson scored two runs in the second inning, four runs in the third inning and six runs in the fourth inning to build an insurmountable lead, as the Tigers totaled a season-high 21 hits, their most since amassing 23 against Davidson on May 17, 2011.

Reed Rohlman led the hit parade by going 3-for-4 with two doubles, a career-high four RBIs, three runs and a stolen base. Glenn Batson added his first career homer in the second inning to start the Tigers’ scoring, while Chase Pinder added a two-run home run in the fourth inning. Every Tiger starter had at least one hit as well.

Clemson and Virginia Tech play game-three of the three-game series Sunday at 1 p.m. on ESPN3.