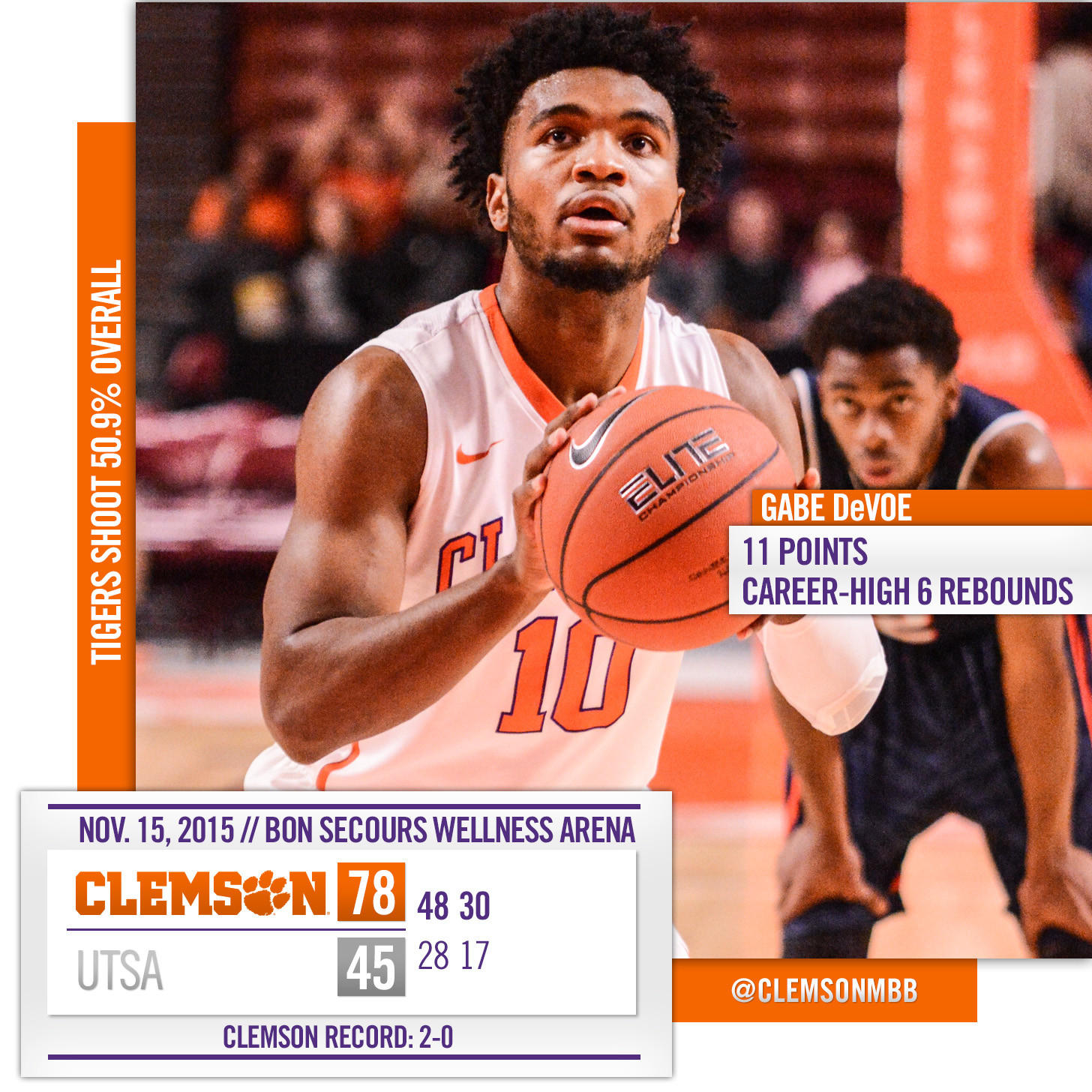 GREENVILLE, S.C. — The Clemson men’s basketball team took on UTSA on Sunday, and won convincingly 78-45 behind the strength of Donte Grantham’s career-high 22 points. The Tigers move to 2-0 on the season, while UTSA falls to 0-2.

“I thought our guys had great spirit today, even this morning in the shootaround,” said head coach Brad Brownell, who celebrated his birthday on Sunday. “We shot the ball exceptionally well and were very aggressive. I am pleased with how the guys shared the ball on the court today.”

Grantham was efficient, shooting 7-9 overall and 5-7 from three-point range, with both figures breaking his career highs. Gabe DeVoe also had an impressive game, putting up 11 points, while grabbing a career-best six rebounds. The Tigers shot 50.9 percent for the game and nailed 12 three-point goals, matching a single-game best under Brownell.

Clemson extended its 20 point halftime lead and doubled up the Roadrunners. The Tiger defense cranked it up in the second half, holding UTSA to a 26.9 percent mark from the floor. Jordan Roper played a terrific floor game in the second half, as he finished with 13 points and a career-high seven assists.

The Tigers return to action Thursday to take on Texas Southern. The game is set to tip off at 7 p.m. at The Well.