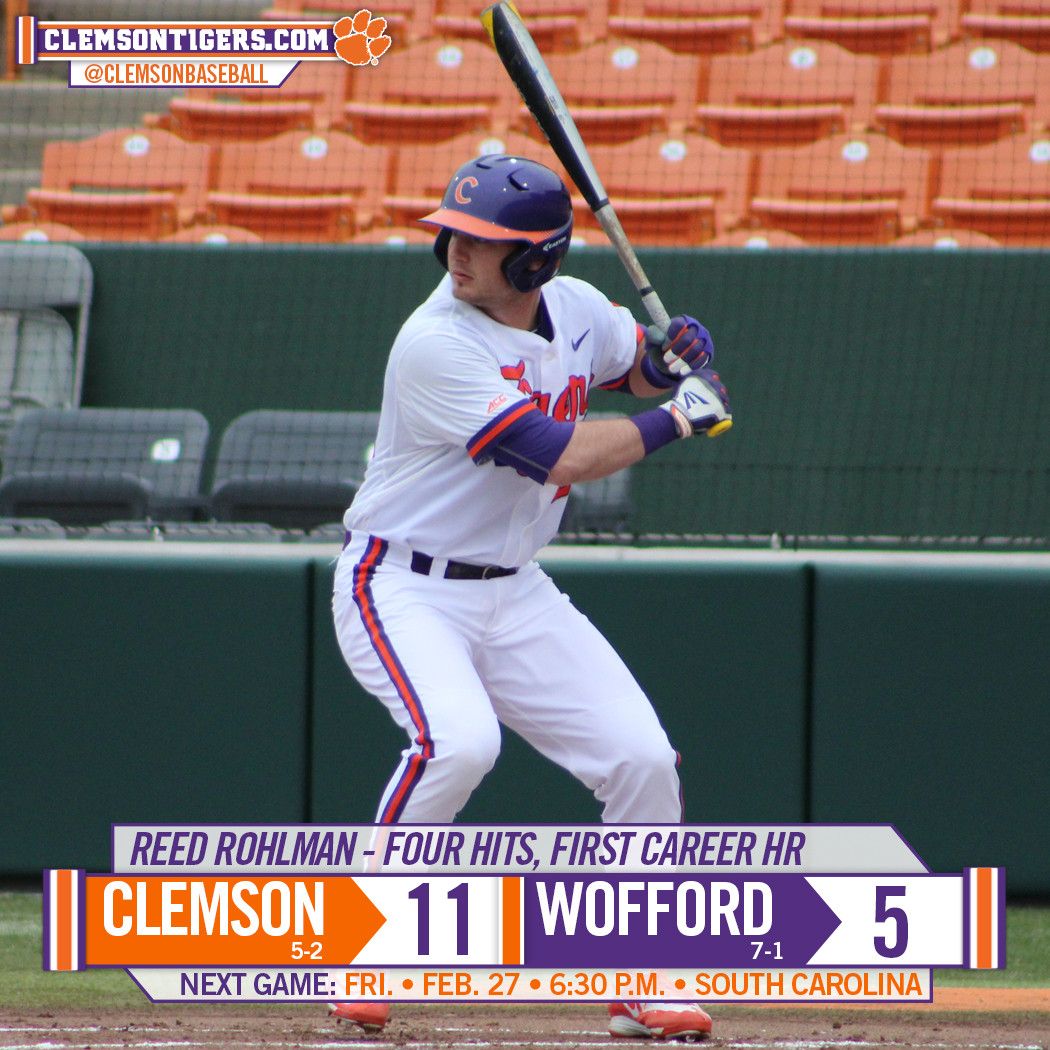 CLEMSON, S.C. – Clemson scored three runs in the fifth inning, including two with two outs, to take the lead for good in its 11-5 win over Wofford at Doug Kingsmore Stadium on Wednesday afternoon. The Tigers, who won their 15th game in a row against the Terriers, improved to 5-2 on the season. Wofford dropped to 7-1 in 2015.

Reed Rohlman led the Tigers by going 4-for-4 with a double, his first career homer in the third inning, four runs and a walk. Tyler Krieger added two hits and three RBIs. Clemson jumped out to a 2-0 lead in the first inning and 3-1 lead in the third inning, then Wofford scored two runs in both the fourth and fifth innings to take a 5-3 lead. After the Tigers regained the lead in the fifth inning, Weston Wilson belted a two-run homer in the seventh inning before the Tigers added three insurance runs in the eighth inning.

“Charlie Barnes was outstanding for us today,” said Head Coach Jack Leggett. “We got some big hits, including the home run by Reed (Rohlman) and then the two-run home run by Weston Wilson.

“I thought we pitched really well and then we played pretty good defense behind them. We dug ourselves a little bit of a hole in the middle, but we were able to get our way out of it. Wofford is a good team and does a good job at executing. I’m pleased with how we played.”

Clemson plays a three-game series against No. 10 South Carolina at three different locations this weekend. The first game is Friday at 6:30 p.m. at Doug Kingsmore Stadium on ESPN3. Join us for an exciting 10-minute postgame fireworks show.