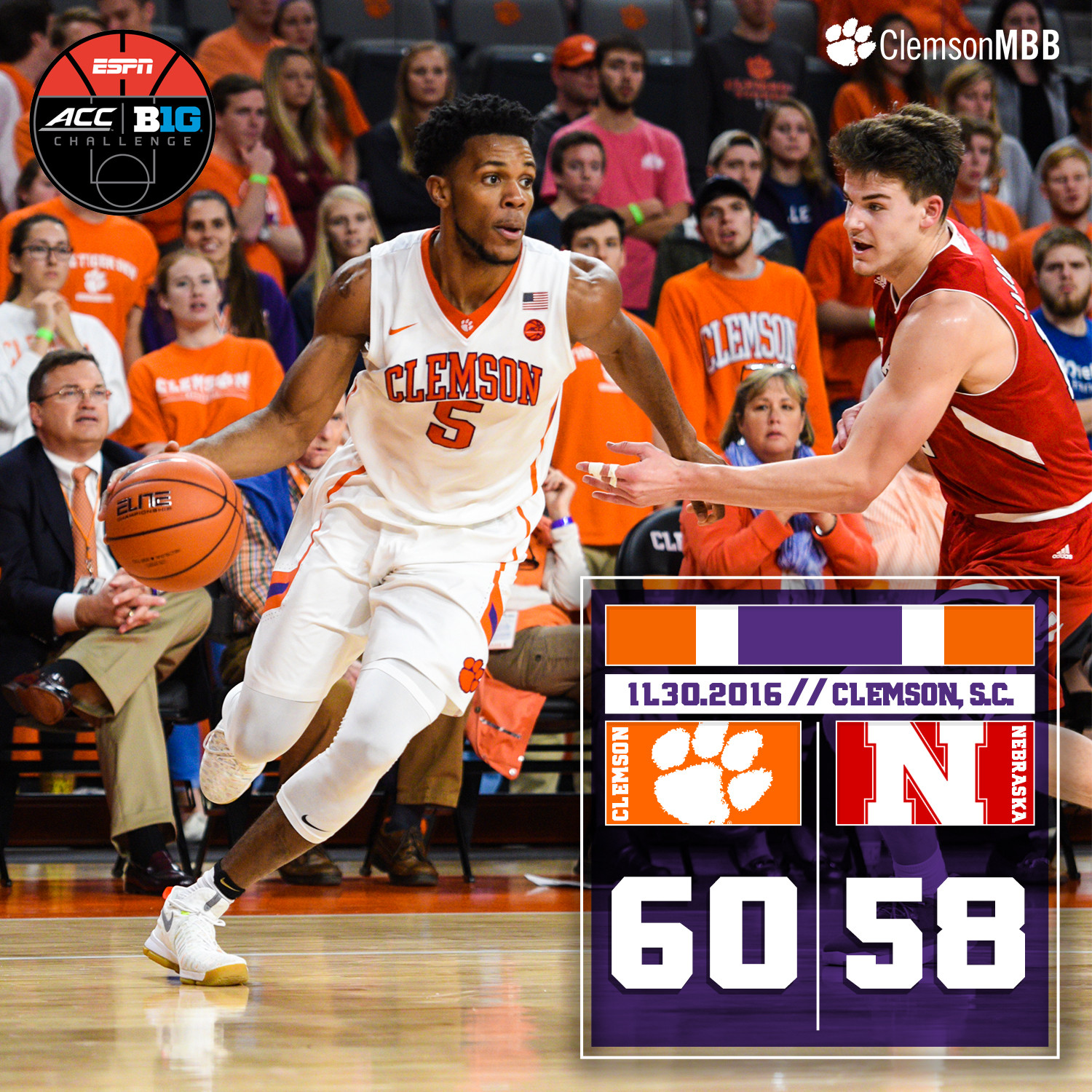 CLEMSON, S.C. — Clemson overcame a nine-point first half deficit to win its first ACC/Big Ten Challenge game since 2011, defeating Nebraska by a score of 60-58 at Littlejohn Coliseum on Wednesday. The Cornhuskers missed a floater as time expired, pushing Clemson’s record to 4-2 on the season and dropping Nebraska to 4-3.

Jaron Blossomgame led the Tigers with a team-high 15 points. He was the only Clemson player in double figures, but the Tigers saw key contributions from numerous places. Sidy Djitte posted nine rebounds and a career-high three assists, including a key pass to Donte Grantham for a critical three-pointer in the final minutes. Grantham posted nine in the second half.

Glynn Watson Jr. led Nebraska with 20 points, four assists and four steals. The Cornhuskers shot 40 percent for the game, but connected on only five of their final 24 shot attempts.

Clemson struggled mightily in the first 20 minutes, committing 12 turnovers and shooting just 32 percent as a team. Blossomgame was the only player able to find the bucket early, scoring seven before the break. Gabe DeVoe heated up late, canning a three-pointer that helped bring the Tigers within four at the half, 31-27.

The Tigers took their first lead since it was 5-4 at the 11:54 mark on a Blossomgame layup. Clemson controlled the margin for the rest of the contest, extending its lead to as much as five. But Nebraska pulled within one at 55-54 on a Watson jumper at the under-four mark. With Clemson up just one in the final seconds, Avry Holmes stepped to the free throw line and made one of two attempts. With the Tigers up by the final margin, Nebraska’s Tai Webster missed a floater as time expired.

The Tigers return to the court on Sunday, Dec. 4 against Coppin State, with tipoff scheduled for 2 p.m.