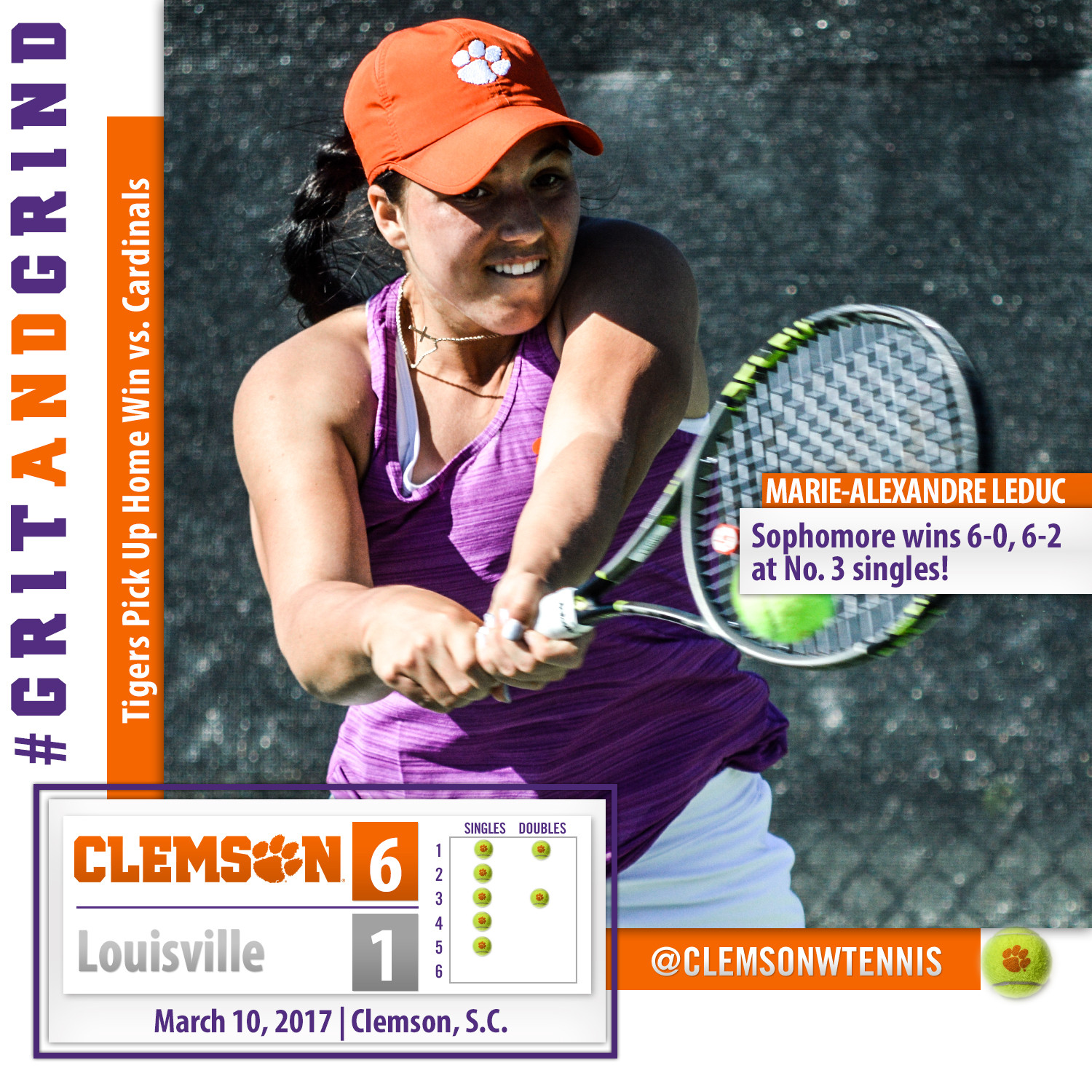 CLEMSON, S.C. – The Clemson women’s tennis team won the doubles point and five of six singles matches to take a 6-1 victory over Louisville on Friday afternoon at Hoke Sloan Tennis Center. The Tigers improved to 4-7 (1-3 ACC) with the win, while the Cardinals fell to 10-3 (1-2 ACC).

For the second match in a row, the Tigers won the doubles point with wins at No. 1 and No. 3. Fernanda Navarro and Daniela Ruiz blanked their Louisville opponents 6-0 at No. 3. Then Ayan Broomfield and Marie-Alexandre Leduc, who moved into the ITA doubles rankings at 35th earlier this week, won 6-1 at No. 1 to clinch the doubles point. Broomfield and Leduc are now 5-1 in dual matches on the season.

Constanza Gorches came out quickly with a 6-1, 6-0 victory at No. 5 singles. It was the second-straight win for the freshman. Sophomore Marie-Alexandre Leduc also picked up a convincing win, 6-0, 6-2 at No. 3 to give the Tigers a 3-0 victory. Sophomore Ayan Broomfield, ranked 77th in the nation in singles, clinched the team win with a 6-1, 7-5 victory at No. 1 singles. Sophomore Fernanda Navarro and freshman Sydney Riley provided the final two points, winning 6-4, 6-3 at No. 2 and 7-5, 6-4 at No. 4, respectively.

The Tigers have another home match this weekend, on Sunday, March 12 against Virginia Tech. It will be a 12 p.m. first serve between Clemson and the Hokies.