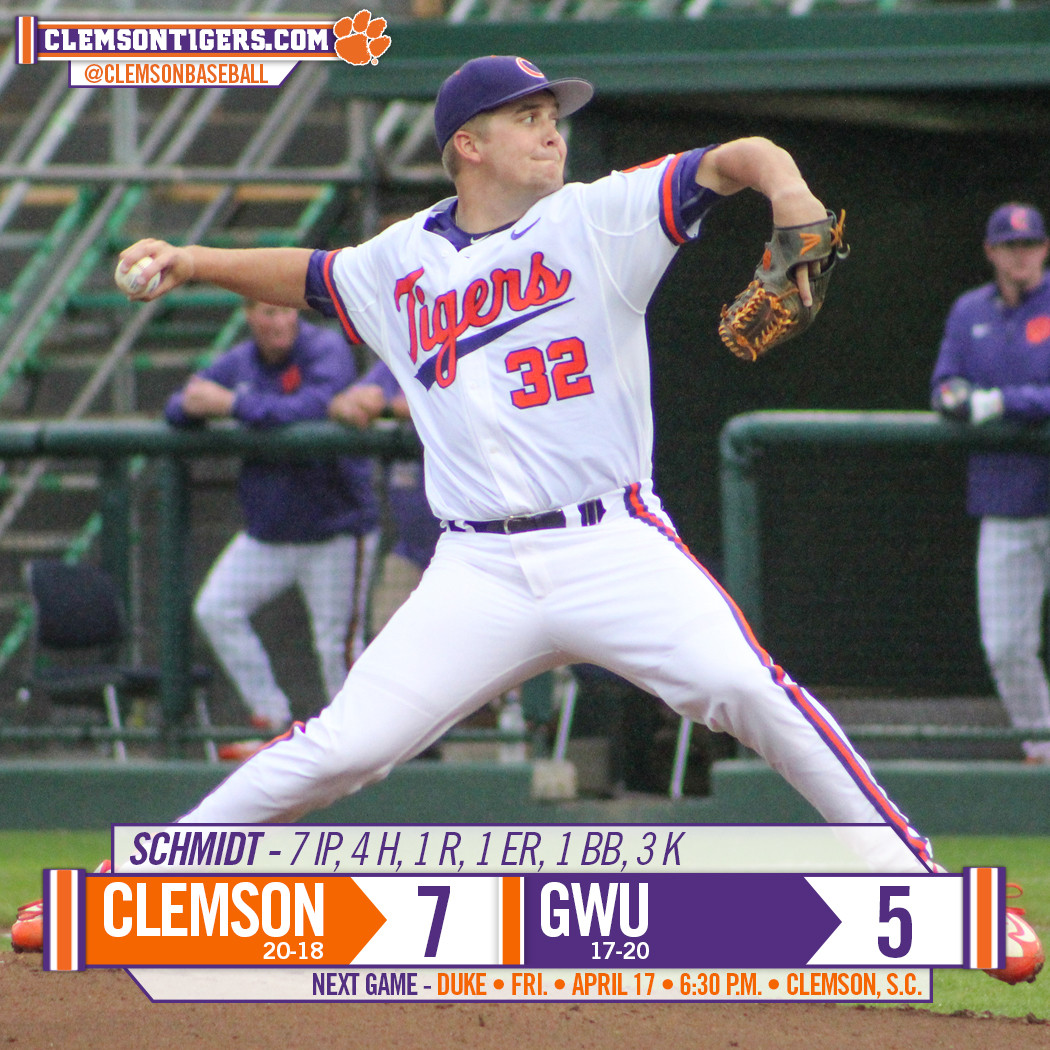 CLEMSON, S.C. – Clate Schmidt pitched 7.0 strong innings to lead Clemson to a 7-5 victory over Gardner-Webb at Doug Kingsmore Stadium on Wednesday night. The Tigers improved to 20-18, while the Runnin’ Bulldogs fell to 17-20.

Schmidt (1-1) earned the win by allowing just four hits, one run and one walk with three strikeouts. Pat Krall recorded three outs in the ninth inning to register his second save of the season. Jeremy Walker (1-3) suffered the loss, as he yielded seven runs (three earned) on nine hits in 5.0 innings pitched.

The Tigers took advantage of two errors to score four unearned runs in the third inning after the first two batters were retired. Steven Duggar laced a two-run double, then Tyler Krieger and Reed Rohlman hit run-scoring singles. Clemson added a run in the fourth inning and two more in the fifth inning on run-scoring doubles by Rohlman, who extended his hitting streak to 11 games, and Chase Pinder.

“We played well last night, and we really played well tonight,” said Head Coach Jack Leggett. “I felt like we were under control. We built our cushion early. I thought we were good offensively. Clate Schmidt was really good for us. It was very tough conditions for both teams. I feel good about how we played tonight.”

Clemson hosts Duke this weekend in a three-game series starting Friday at 6:30 p.m. on ESPN3. Friday is 90s Night at Doug Kingsmore Stadium. The first 500 students get a free hot dog.