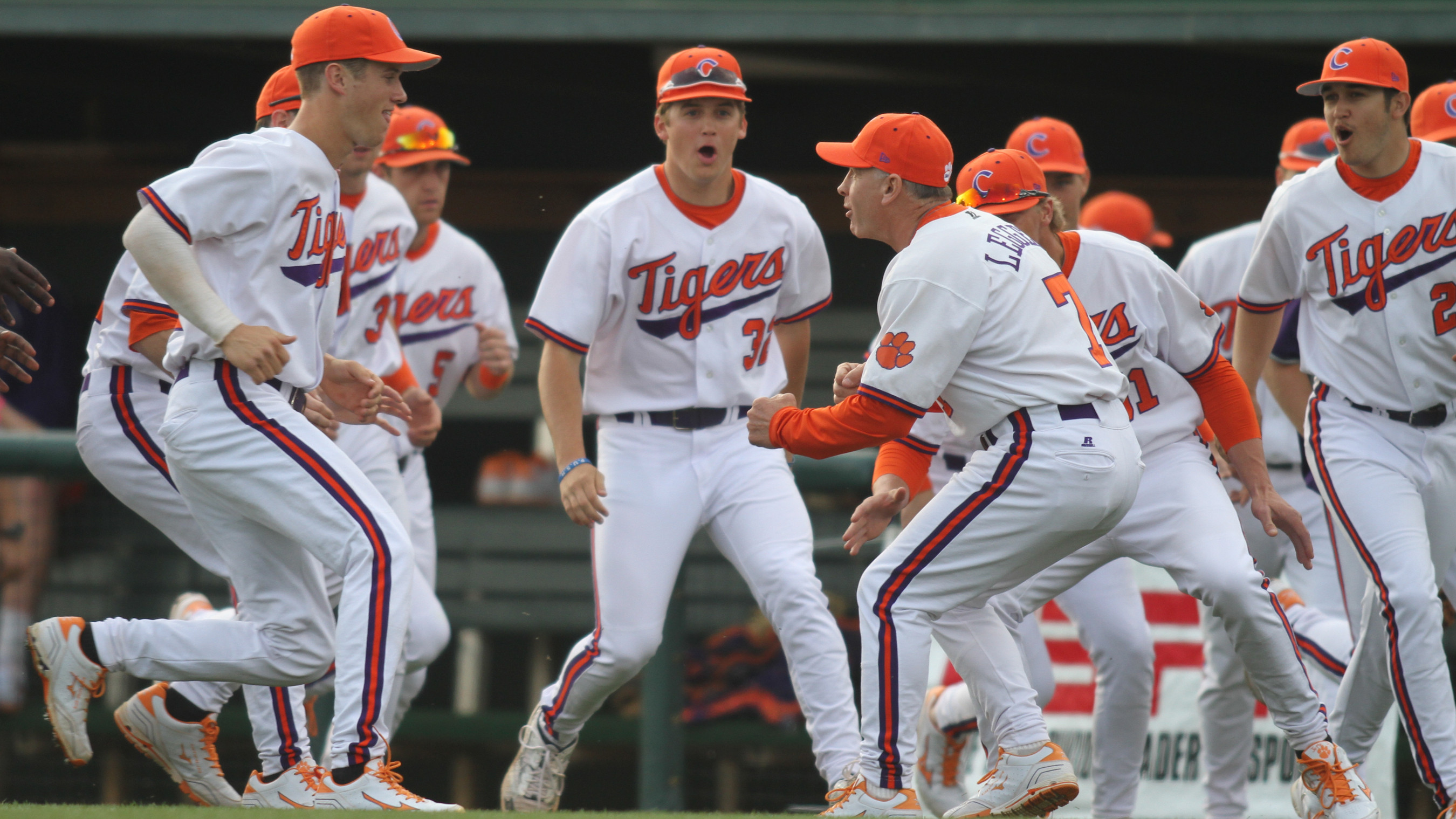 Tigers Down Duke 8-4 in First Game of Doubleheader Saturday

Every Tiger starter had at least one hit and Zack Erwin pitched 4.1 scoreless innings in relief in Clemson’s 8-4 win over Duke in the first game of a doubleheader at Doug Kingsmore Stadium on Saturday afternoon. The Tigers, who took a 2-0 lead in the series, improved to 15-7 overall and 5-3 in the ACC. The Blue Devils fell to 11-12 overall and 2-6 in ACC play.

Erwin (2-0) earned the win by allowing just three hits, no runs, and one walk with three strikeouts in 4.1 innings pitched in relief.

In the bottom of the first inning, Steven Duggar reached with one out and advanced to second on a throwing error by Betts at third. Two batters later with two outs, Garrett Boulware flared a 1-2 pitch to right field for a single to score Duggar.

Thomas Brittle led off the second inning with an eight-pitch walk and advanced to third on an error on a failed pickoff attempt. Brittle then tied the score when he came home on a wild pitch.

In the third inning, Steve Wilkerson grounded a one-out double down the right-field line and scored on Boulware’s single to left field to give Clemson a 3-2 lead.

Jay Baum led off the fourth inning with a five-pitch walk and stole second. Tyler Krieger lined a single to center to score Baum. Three batters later, Wilkerson laced a two-out double down the left-field line to score Krieger.

In the top of the fifth inning, Andy Perez led off with a single up the middle and Grant McCabe later hit a one-out single up the middle. After Perez was picked off second for out #2, Chris Marconcini lined a double to right-center to score McCabe. Betts then laced a double down the left-field line to score Marconcini, cutting Clemson’s lead to 5-4.

Clemson responded in the bottom of the fifth inning. Shane Kennedy led off with a single to left and stole second. Three batters later with two outs, Baum belted a single through the left side to score Kennedy. It was the 10th inning in a row Clemson scored at least one run dating to Friday’s game.

Kremer went 3-for-5 with a double and run to lead Duke, who totaled 12 hits in the contest.

Clemson and Duke will play the second game of the doubleheader and game-three of the three-game series on Saturday at approximately 4:20 PM.