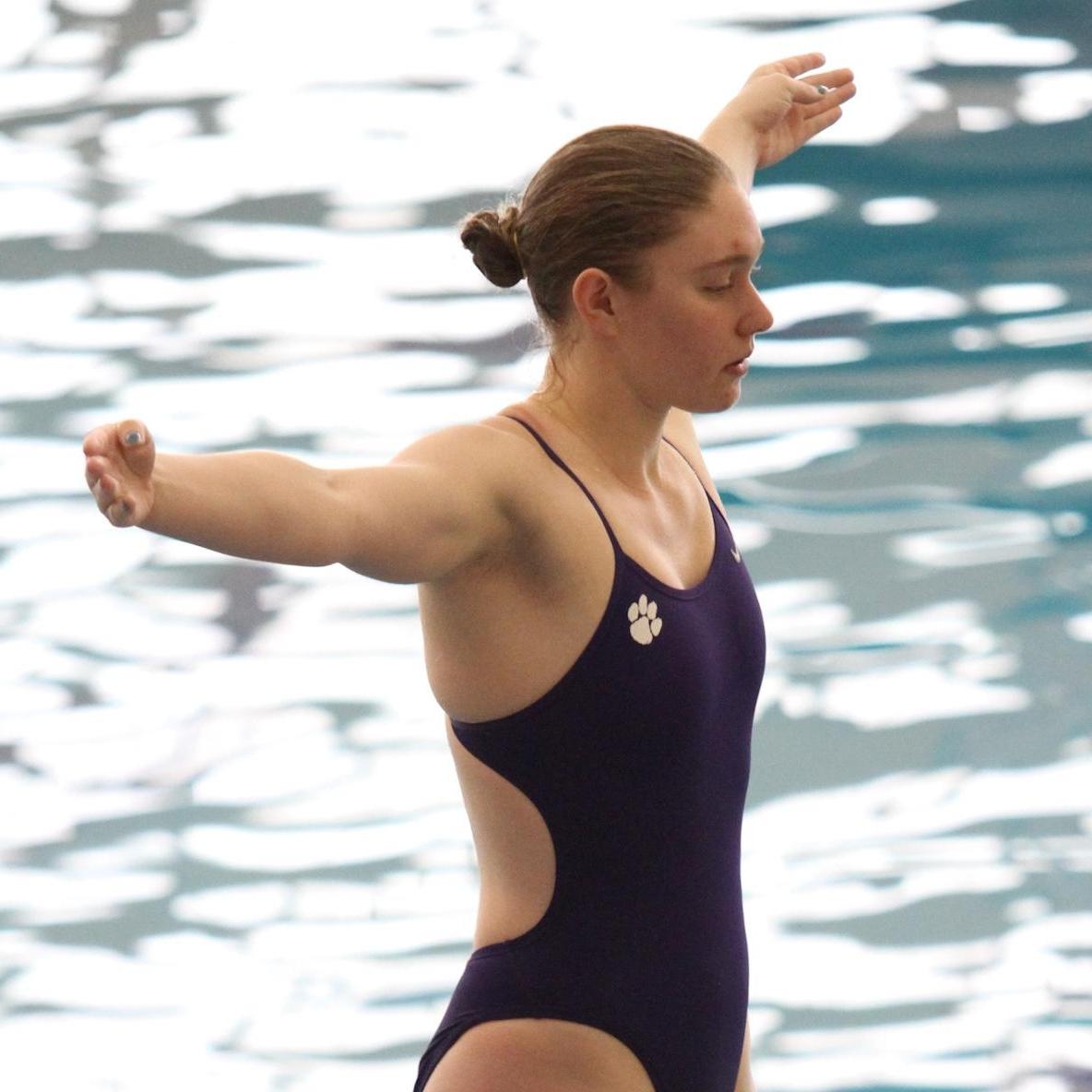 Tigers Down College of Charleston Saturday

CHARLESTON, S.C. – Four different Tigers posted NCAA Zone qualifying scores as the Tigers defeated College of Charleston 32-6 in a dual meet in Charleston, S.C. on Saturday afternoon. With the win, Clemson improves to 4-1 in dual matches this season.

Danielle Reitsma, the lone Tiger to qualify for zones in both events, won the one-meter after posting a 290.00.  Reitsma had previously qualified in the one-meter, but her score in the three-meter was her first qualifying score for the season.

Jessica Doolittle also qualified for zones in the one-meter and finished with 275.40 points, good enough for second place in the event.  Doolittle had previously qualified in the platform, and is the lone Tiger to qualify to date in that event.

After posting a career-high score of 282.15 in the three-meter against South Carolina on Friday, Sarah Braun shattered that record after scoring a 304.05 Saturday morning and claiming first place in the event.  Hannah Donovan earned second place by scoring a 287.40 and Reistma was third with a 286.15.

The Tigers return to action next week when the team splits up for two different meets. Part of the squad travels to Notre Dame, Ind. for the Shamrock Invitational on Jan. 30-31, while the remainder of the team heads to Harrisonburg, Va. for a dual meet against James Madison on Jan. 31.