CLEMSON, S.C. – Clemson University men’s basketball moved to 6-0 in ACC play after a 83-70 win over Louisville on Wednesday night.

The Tigers (14-3, 6-0 ACC) were once again led by Hunter Tyson (Monroe, N.C./Piedmont) as he recorded fifth straight double-double, tallying 28 points and 11 rebounds. It’s also his sixth consecutive double-double this season in league play.

Clemson got off to a sluggish start against the Cardinals (2-15, 0-6 ACC) and trailed by nine with 12:40 left in the opening stanza. An RJ Godfrey (Suwanee, Ga./North Gwinnett) layup sparked an 18-2 run, giving the Tigers control of the game.

The Tigers built on a 12-point halftime advantage, leading by as many as 17 in the second half before coasting to a 13-point victory.

Thirty-eight of Clemson’s points came in the paint, while the Tigers shot 52.8 percent overall from the field.

Notes: Clemson improved to 14-3 with the win over Louisville … the Tigers moved to 6-0 in the ACC for the first time in program history … with the win over the Cardinals, the Tigers extended its home winning streak to 12 – tying for the eighth longest in program history … Head Coach Brad Brownell won his 399th game in his career and is just one victory shy of the 400-win plateau … Coach Brownell improved to 5-5 all-time against Louisville … Hunter Tyson scored 28 points and added 11 rebounds … it was Tyson’s fifth-straight double-double, ninth of the season and the 10th of his career.

6️⃣-0️⃣ in ACC play for the first time in program history.

Saturday’s gonna be special. Be early, be LOUD. #ClemsonGRIT 🐅🏀 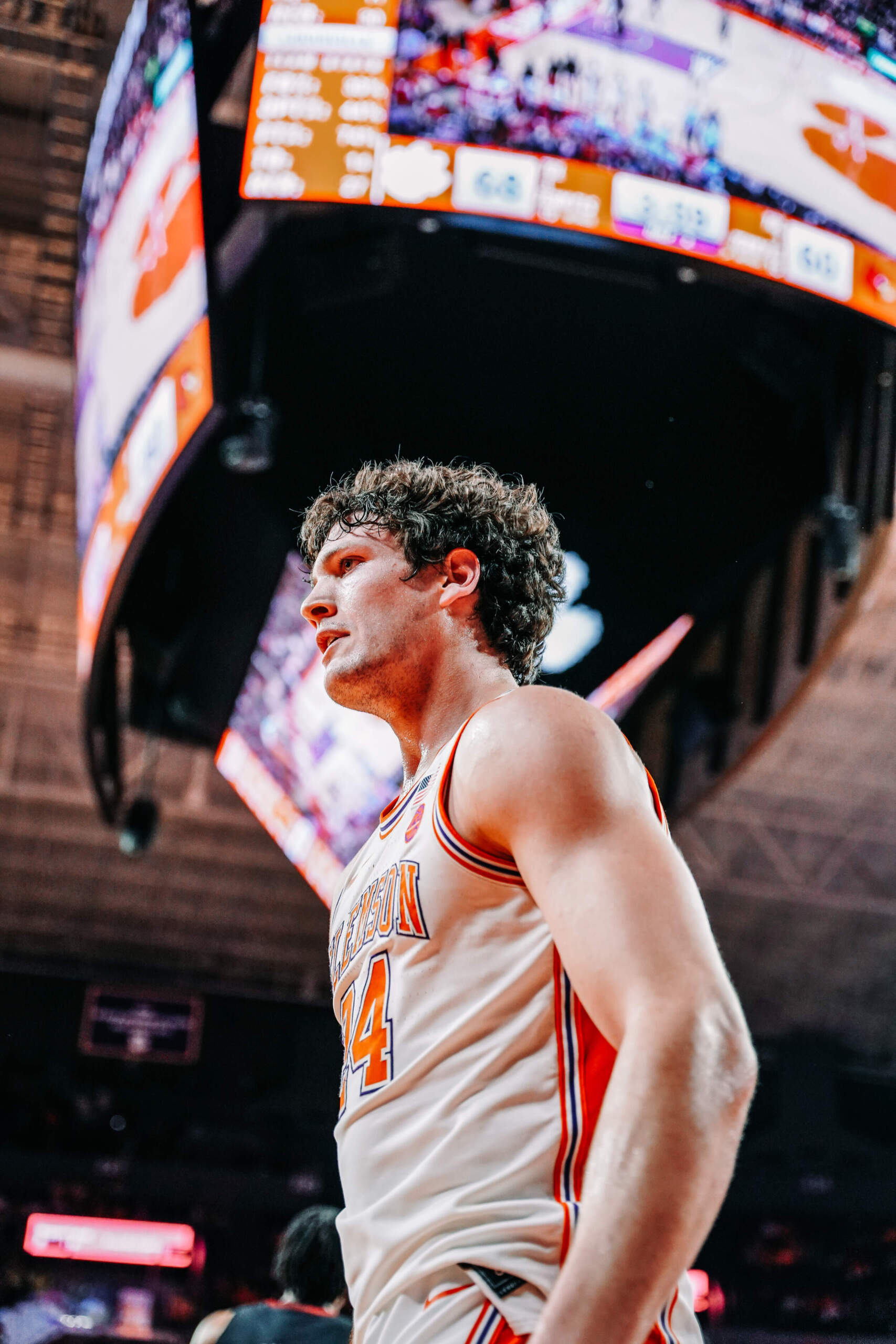 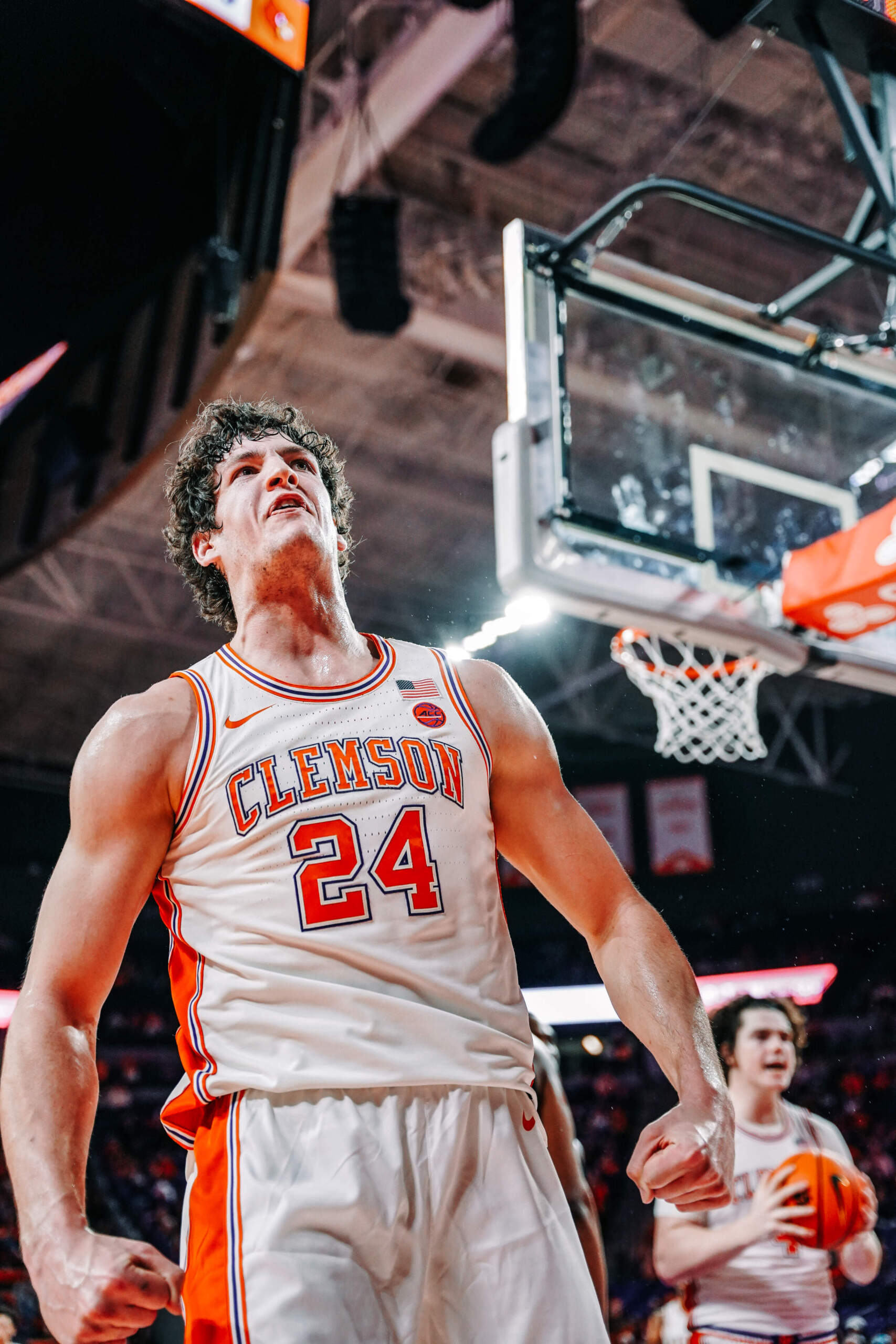 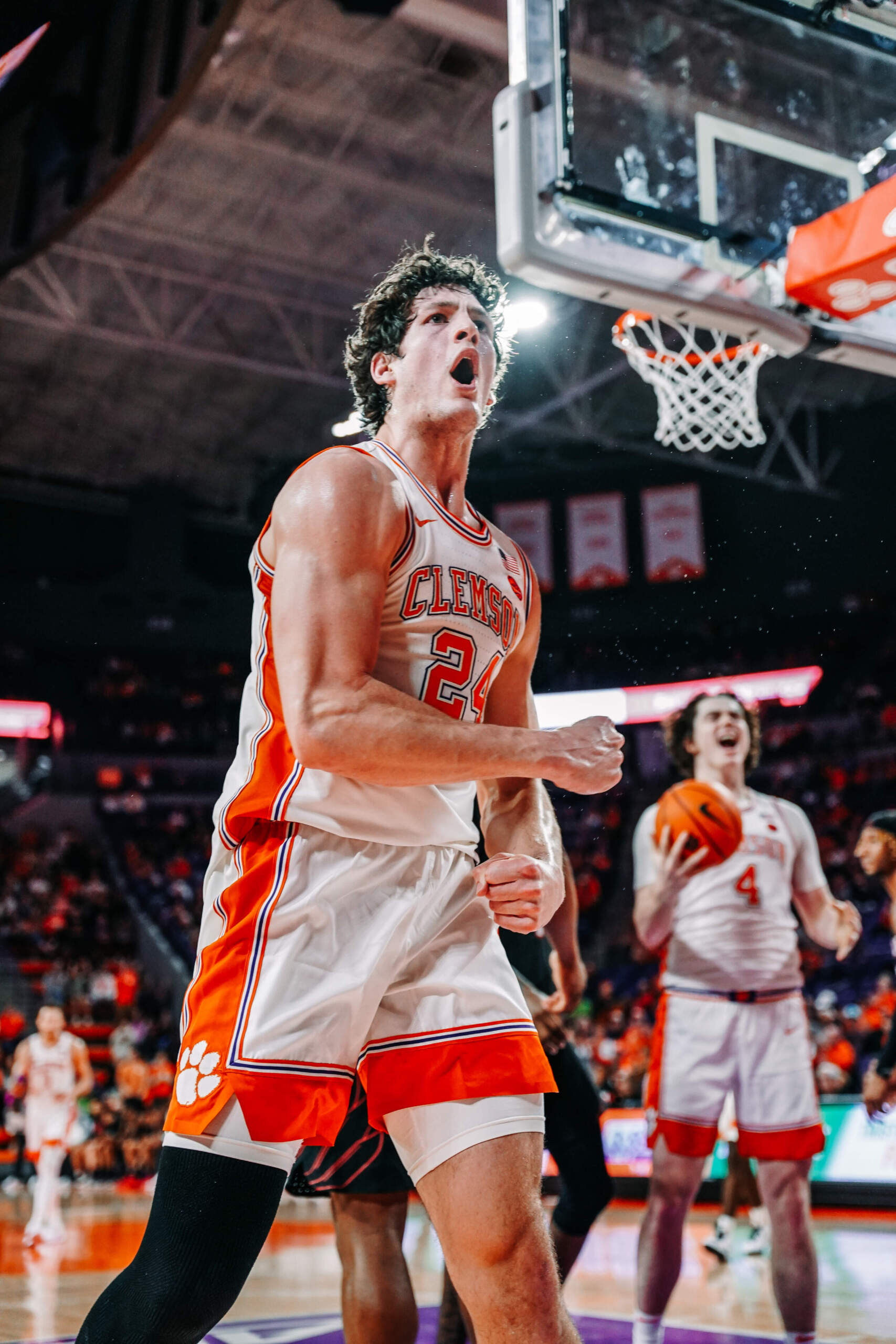 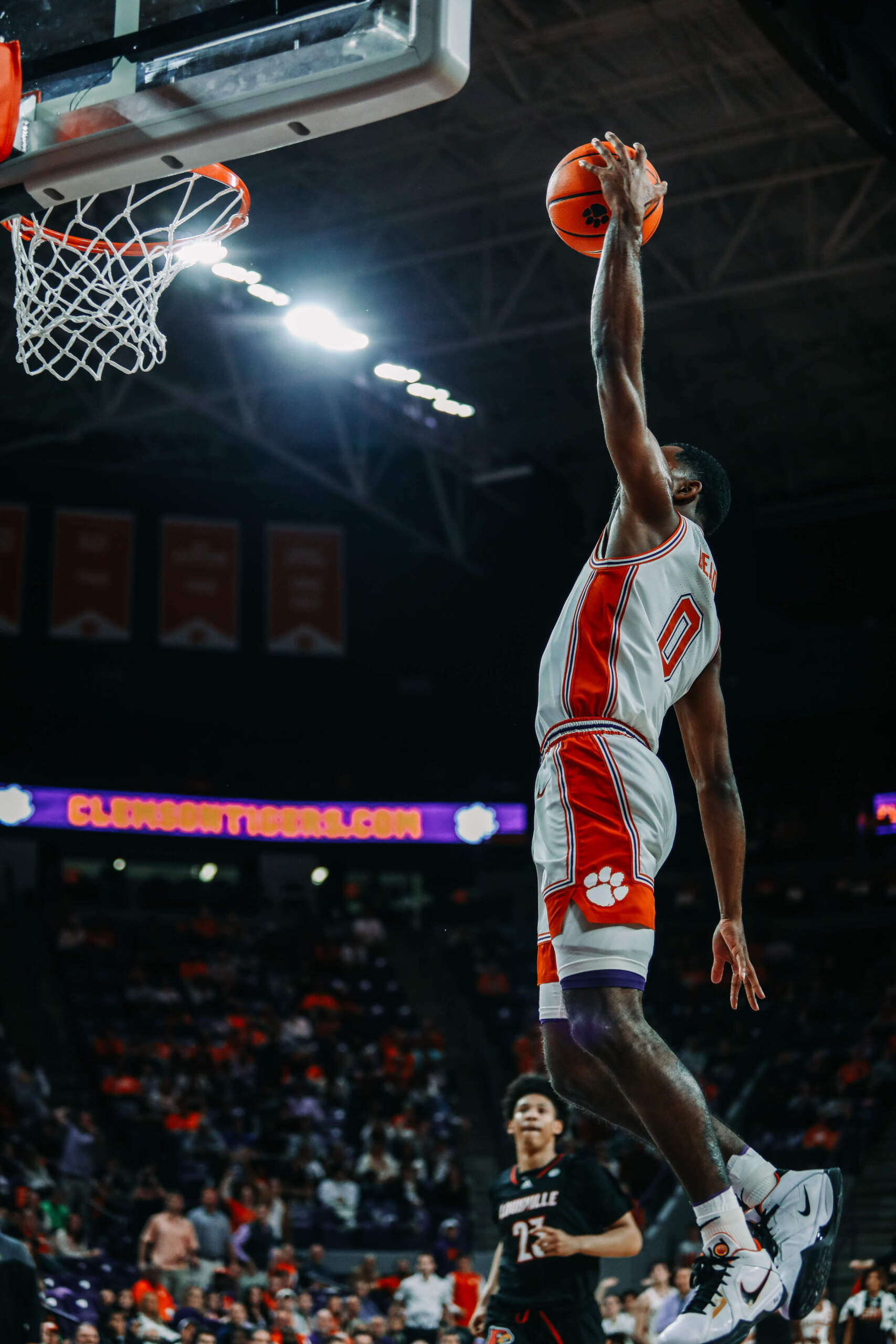 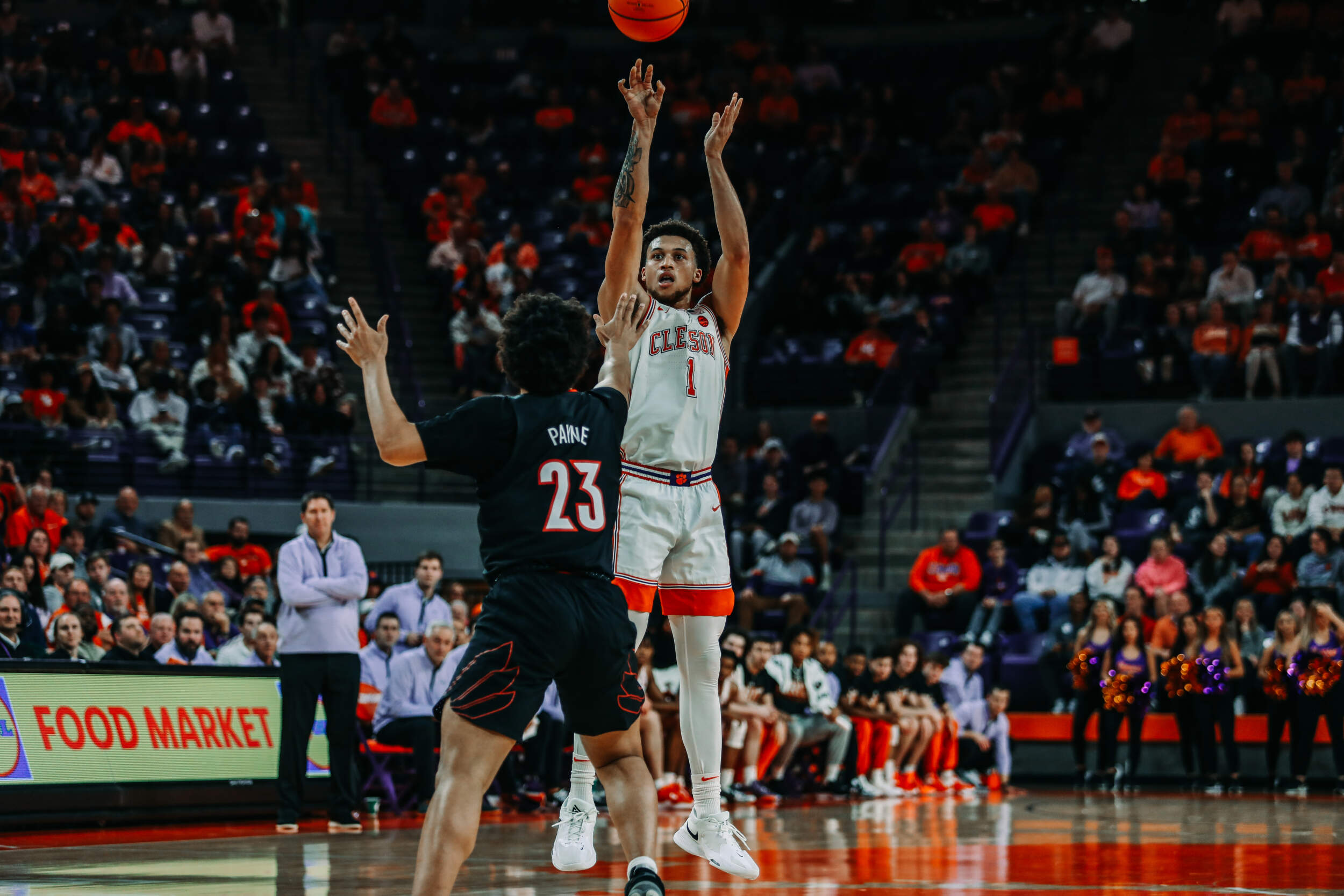 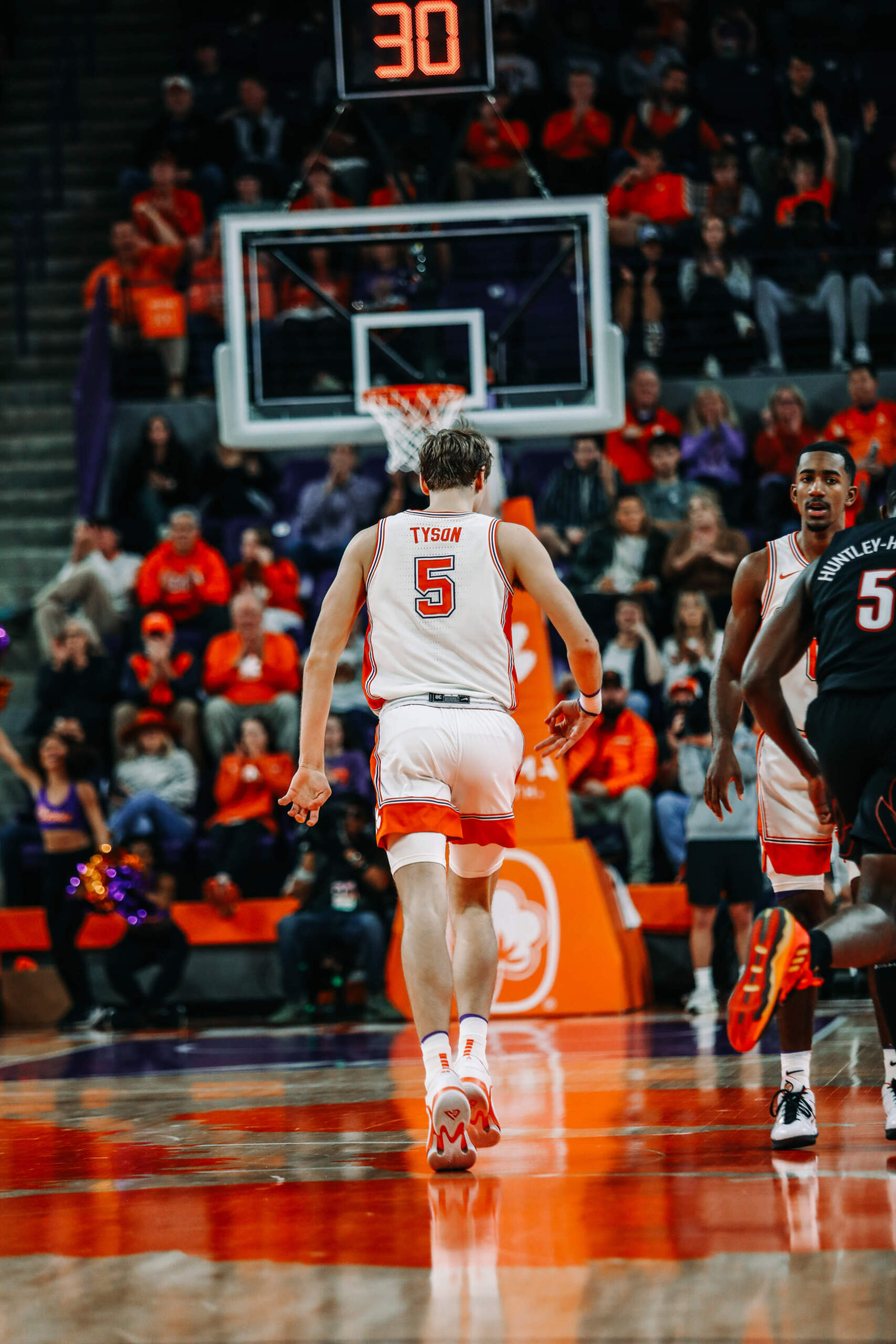 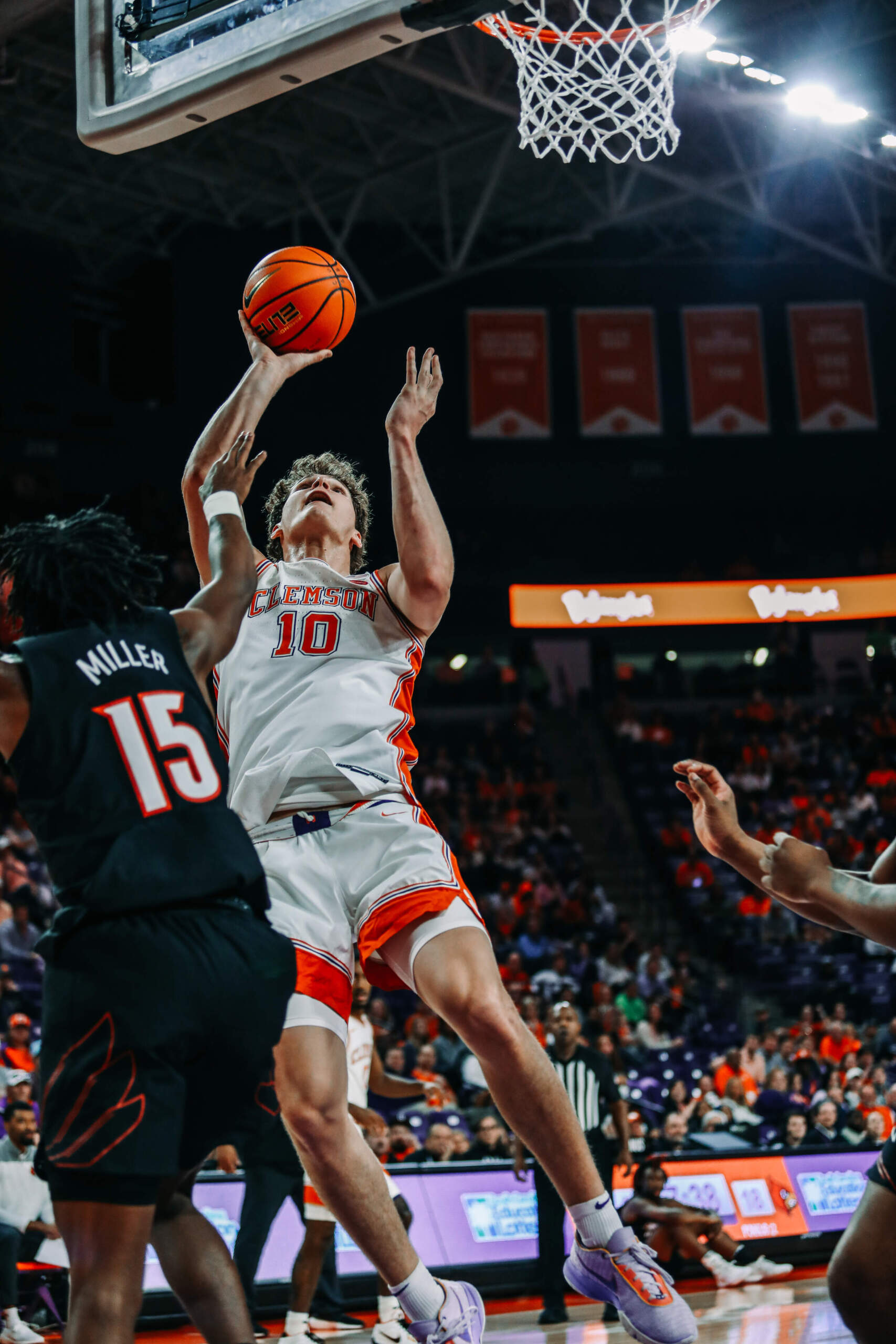 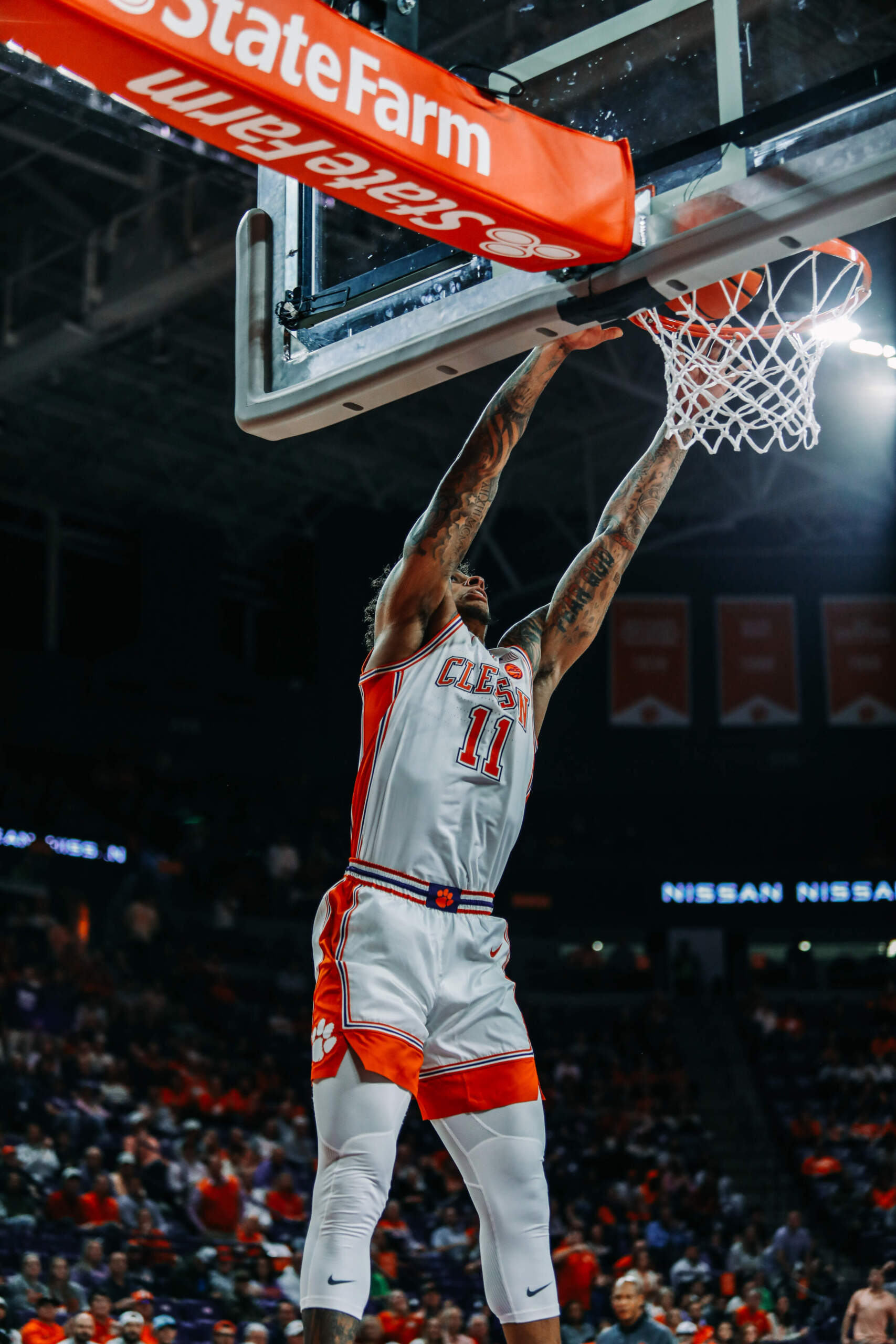 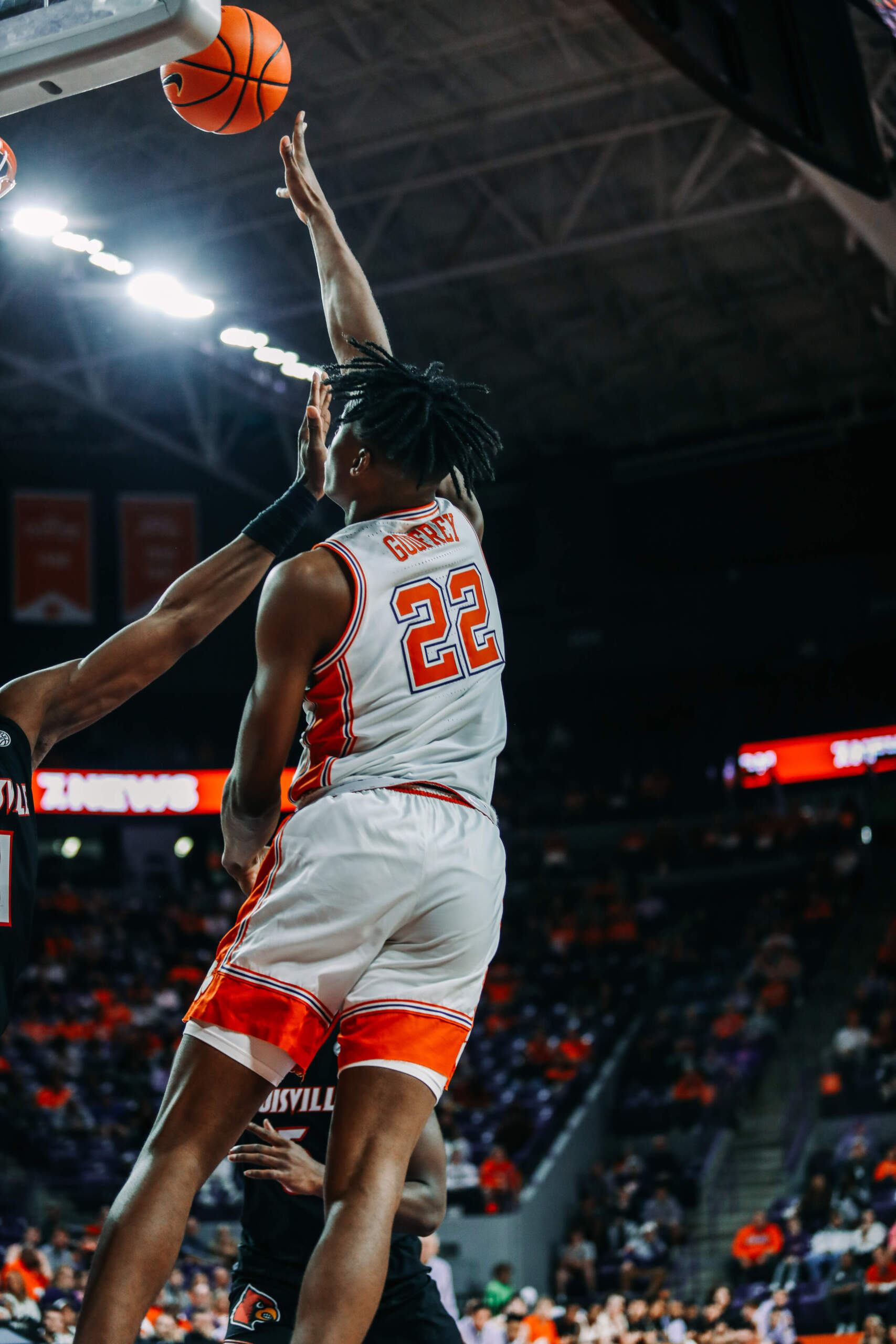 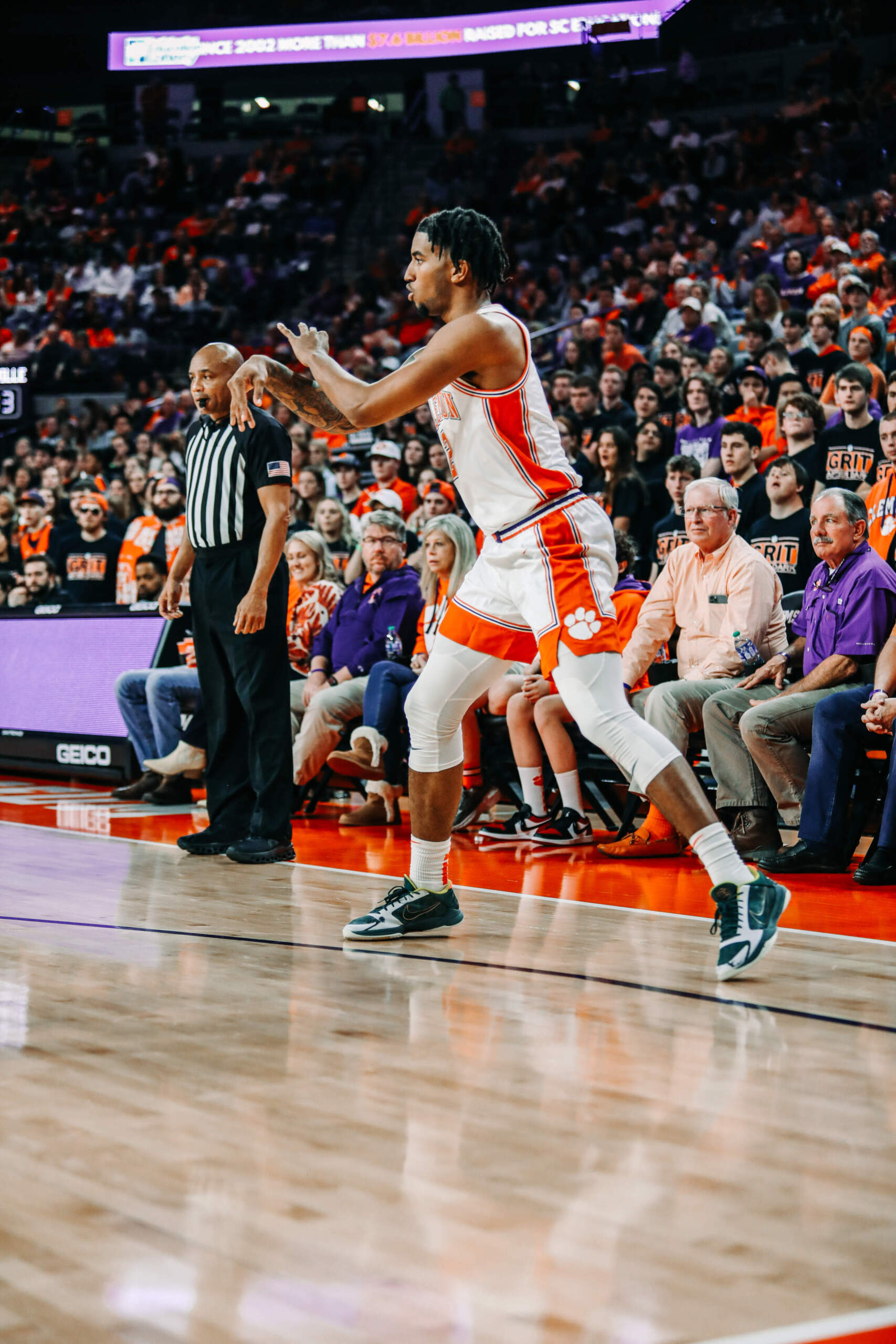