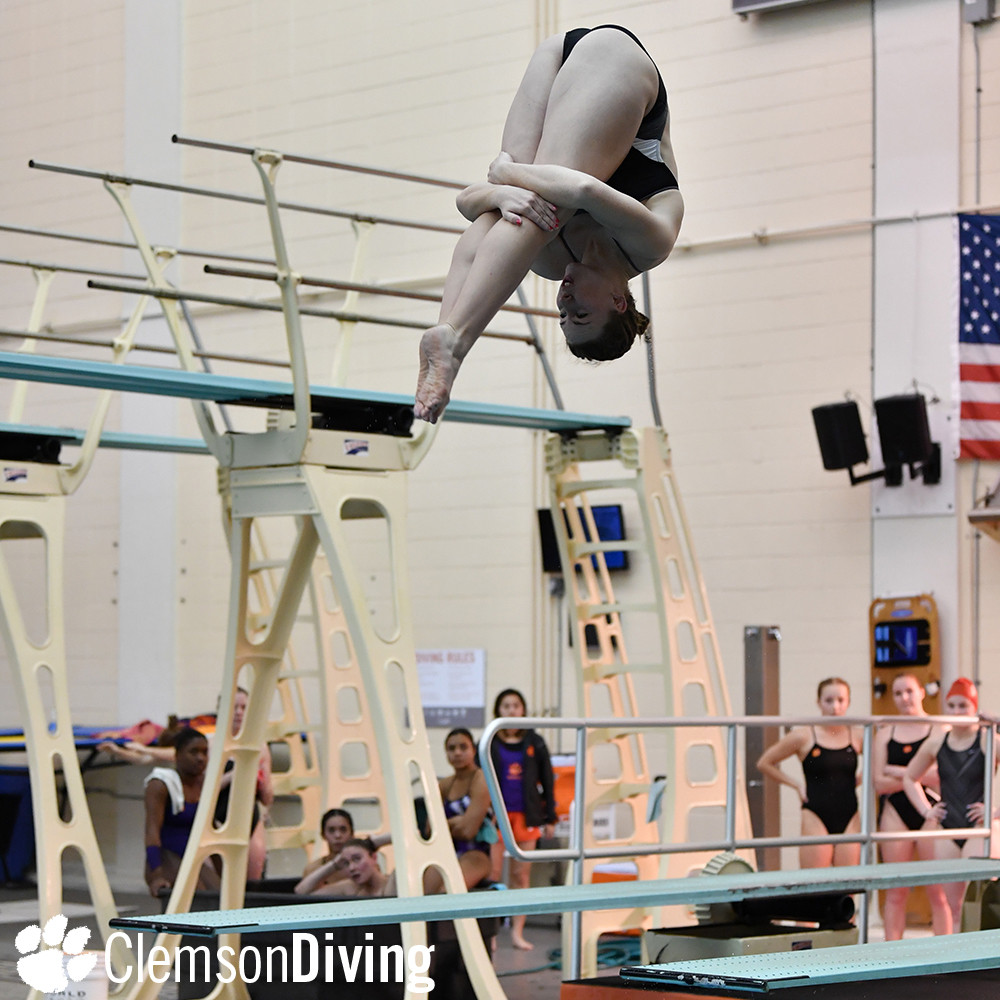 CLEMSON, S.C. – The Clemson diving team honored its seniors with a win at home this weekend, as the Tigers defeated the Arkansas Razorbacks and Houston Cougars by team scores of 93 to 59 and 56, respectively. The meet, which was Clemson’s last at home this season, included the one-meter and platform on Friday and the three-meter on Saturday.

The meet wrapped up with the three-meter on Saturday morning, and Lim (295.00) was the top Tiger again, taking third and posting another Zone score. She was followed by Reitsma (292.55) and Blank (291.25), whose Zone scores earned them fourth and fifth, respectively. In total, Clemson divers took seven of the top 10 spots in the three-meter.

The Tigers are back in action on Jan. 27 and 28 at the Shamrock Invite in South Bend, Ind. The competition is one of the last of the regular season.