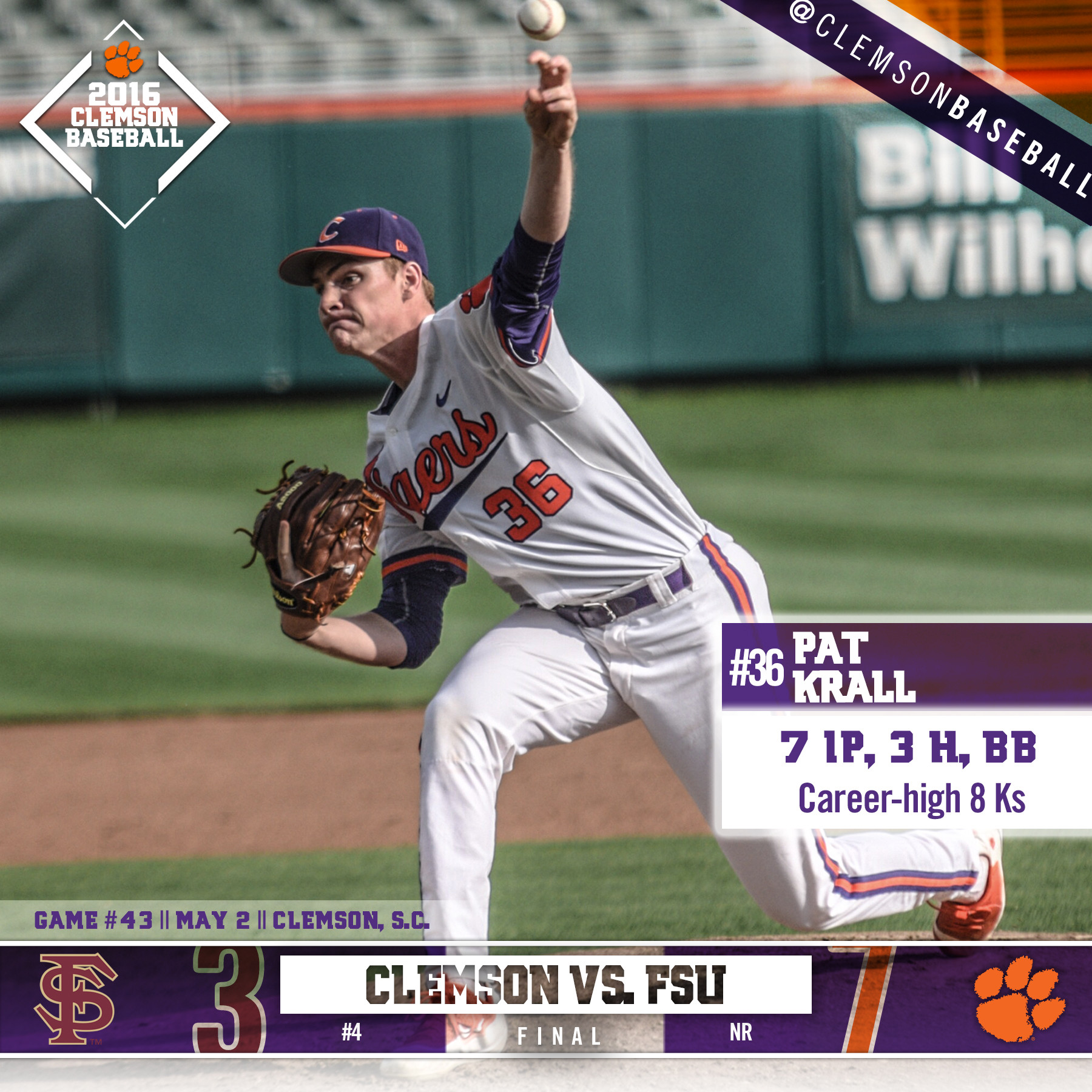 CLEMSON, S.C. – Clemson rallied from a 3-1 deficit to defeat No. 4 Florida State 7-3 at Doug Kingsmore Stadium on Monday afternoon. The Tigers, who won the series 2-1, improved to 28-15 overall and 11-13 in the ACC. The Seminoles fell to 29-13 overall and 14-6 in ACC play. It was Clemson’s fifth series win over Florida State in the last seven seasons.

Tiger reliever Pat Krall (7-1) earned the win by tossing the final 7.0 innings without allowing a run. Seminole reliever Tyler Holton (2-3) suffered the loss, as he surrendered an unearned run on four hits in 2.2 innings pitched.

The Tigers conclude their home-and-home season series with Furman on Wednesday at 6:30 p.m., at Doug Kingsmore Stadium. Fans can purchase four tickets and a $10 concession voucher for only $30. Fans can also purchase one regular-price ticket and get one of equal value for free. It’s $1 Hot Dog Night and Star Wars Day as well.