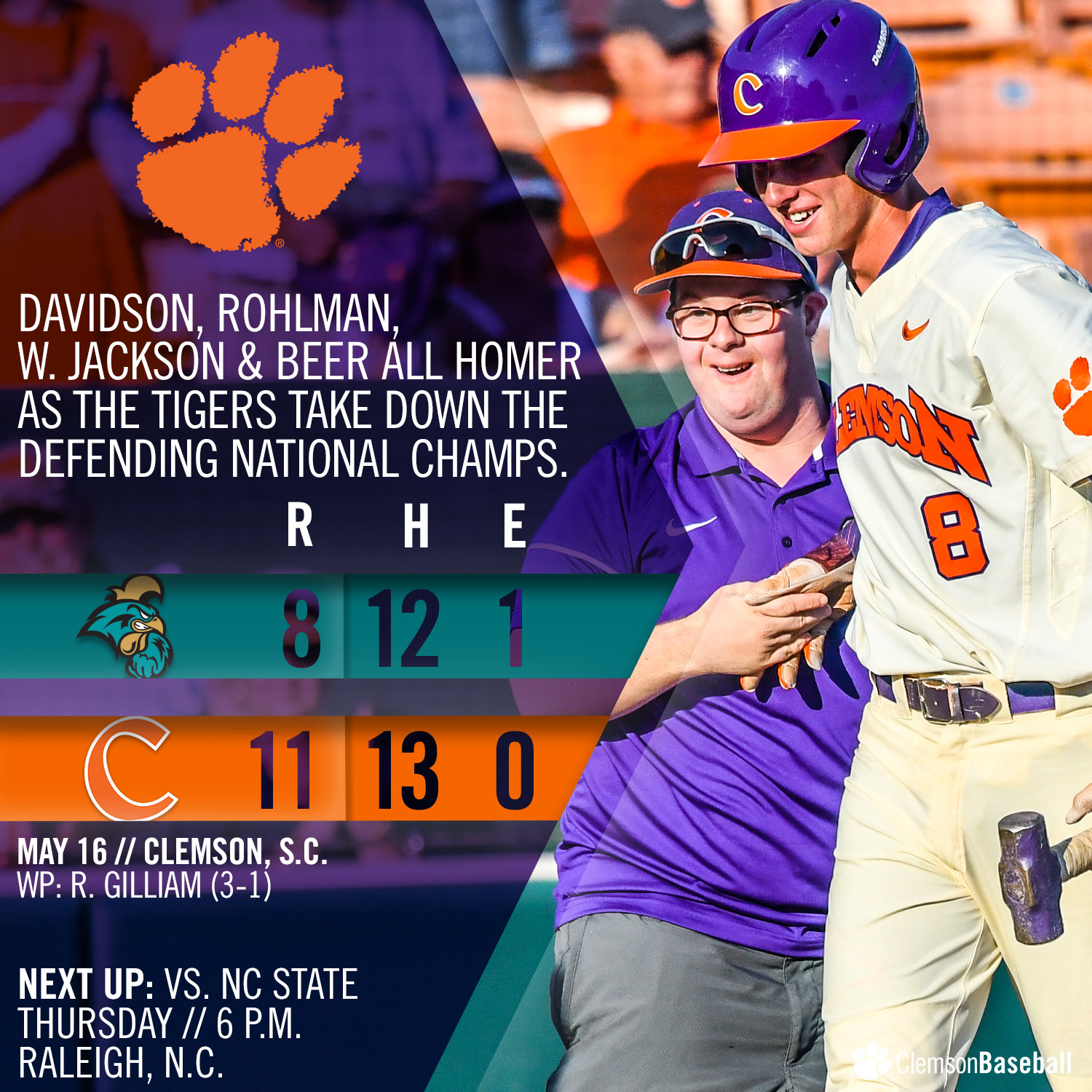 CLEMSON, S.C. – Seth Beer’s grand slam in the eighth inning gave No. 12 Clemson the lead for good in its 11-8 win over No. 24 Coastal Carolina at Doug Kingsmore Stadium on Tuesday night. The Tigers improved to 38-15, while the Chanticleers dropped to 34-18-1.

Logan Davidson led off the first inning with his 10th homer of the year and the Tigers added another run in the frame on Weston Jackson’s two-out double. Beer lined a two-out, run-scoring single in the third inning, then Reed Rohlman blasted a two-run homer, his sixth long ball of the year, in the fourth inning and Jackson blasted a two-run homer, his fifth long ball of the season, in the fifth inning to give Clemson a 7-1 lead.

The Chanticleers rallied with four runs in the sixth inning on Kevin Woodall Jr.’s three-run homer and Wood Myers’ solo home run. Billy Cooke hit a towering solo homer in the seventh inning to narrow Clemson’s lead to 7-6. In the top of the eighth inning, Seth Lancaster lined a two-run double to give Coastal Carolina the lead. But the Tigers loaded the bases with one out in the bottom of the eighth inning before Beer blasted a grand slam to right-center, his 13th long ball of the season and first since April 17.

The Tigers close the regular season with a three-game series at NC State beginning Thursday at 6 p.m., on ACC Network Extra.