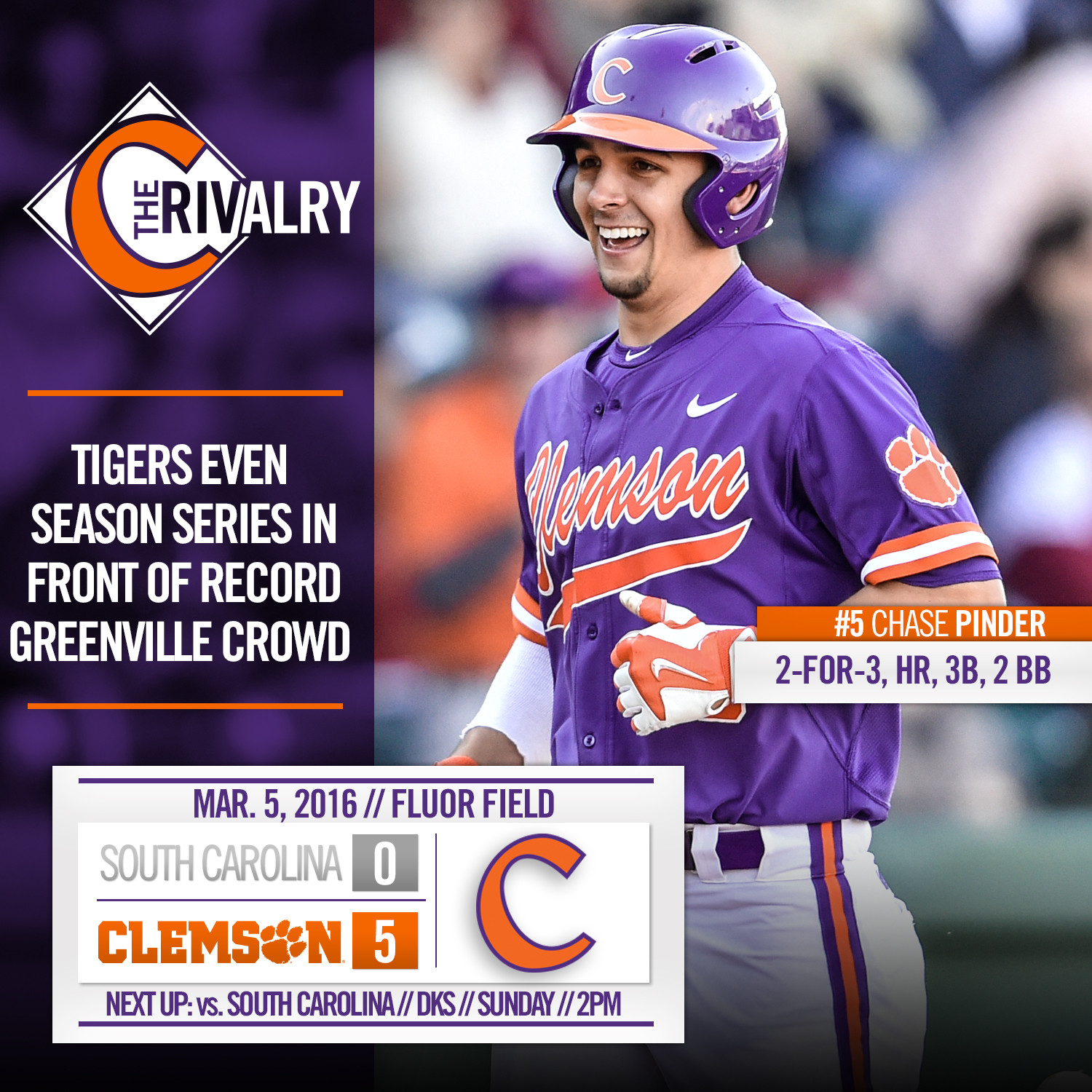 GREENVILLE, S.C. – Clate Schmidt and Pat Krall combined on a two-hit shutout to lead Clemson to a 5-0 victory over No. 18 South Carolina in front of a Fluor Field record crowd of 7,216 on Saturday afternoon. The Tigers, who evened the series 1-1, improved to 7-2, while the Gamecocks, who saw their 10-game winning streak come to an end, fell to 10-1.

Schmidt (3-0), who watched his brother, Clarke, earn the win in South Carolina’s victory on Friday night, earned the win on Saturday by tossing 5.1 effective innings. He gave up just one hit, no runs and four walks with six strikeouts. Pat Krall pitched the final 3.2 innings to record his first save of the year. Gamecock starter Braden Webb (2-1) suffered the loss, as he yielded four runs (two earned) on four hits in 5.1 innings pitched.

Clemson scored single runs in the first and second innings, then Chris Okey blasted a two-run triple to right-center in the fifth inning to give the Tigers a 4-0 lead. Chase Pinder added a solo homer, his fourth long ball of the season, in the sixth inning.

The series concludes Sunday at Doug Kingsmore Stadium at 2 p.m. Live video is available on ESPN3.