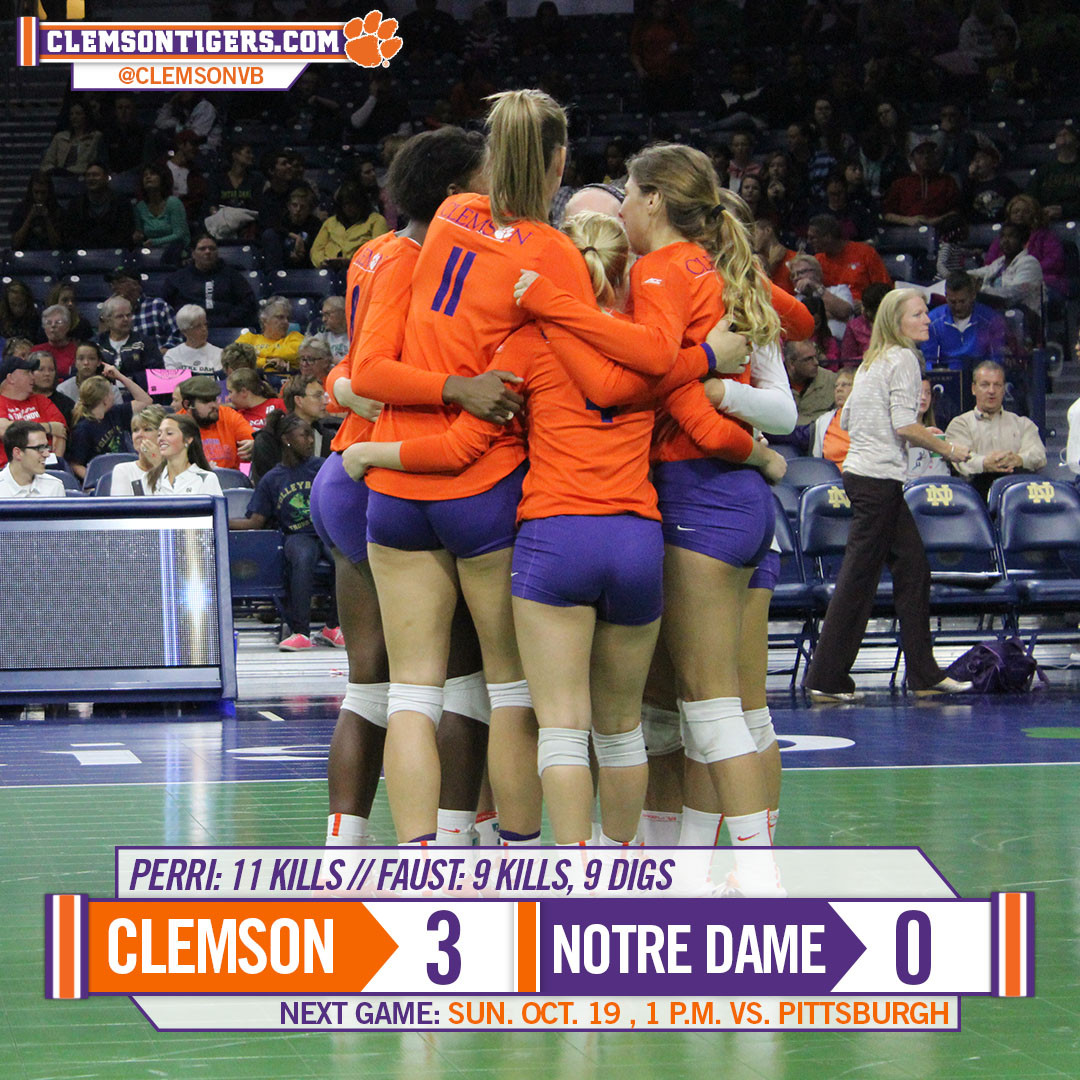 Senior Niki Collier led the backcourt defense with 11 in the match. The Tigers racked up 10.0 blocks in the match, led by seniors Beta Dumancic, Karis Watson and Faust who added four apiece. Clemson held Notre Dame to a .075 hitting percentage.

Clemson came out strong in the first set, putting down 12 kills as a team to Notre Dame’s six. The Tigers kept the Irish at a -.111 hitting percentage, partially due to defense at the net; Clemson put up four blocks as a team in set one. Leah Perri led all hitters on the floor with six kills and Hampton added three.

The Irish came out competitively in the second set, and led the first half of the set until a 13-11 Clemson deficit turned into an 18-15 Clemson advantage. Perri put down five more kills for the Tigers and Faust added three. Clemson’s defense kept the Irish offense below .200.

Notre Dame put up a fight in the third set, taking the Tigers into extra points. Clemson was able to close out the set 28-26 after a Faust kill and an Irish error solidified the match.

The Tigers return to the court on Sunday, as they host Pittsburgh at 1 p.m. in Jervey Gym in a match that is designated as Military Appreciation Day. The U.S. Marine Corps will set up a display in the lawn outside the entrance to Jervey. An Officer of the U.S. Marine Corps, Gunnery Sergeant Greene, will speak to the Tiger team before the game and will also perform the honorary first serve. The Tigers are raising awareness for the Wounded Warrior Project. For more information, visit: http://www.woundedwarriorproject.org/.