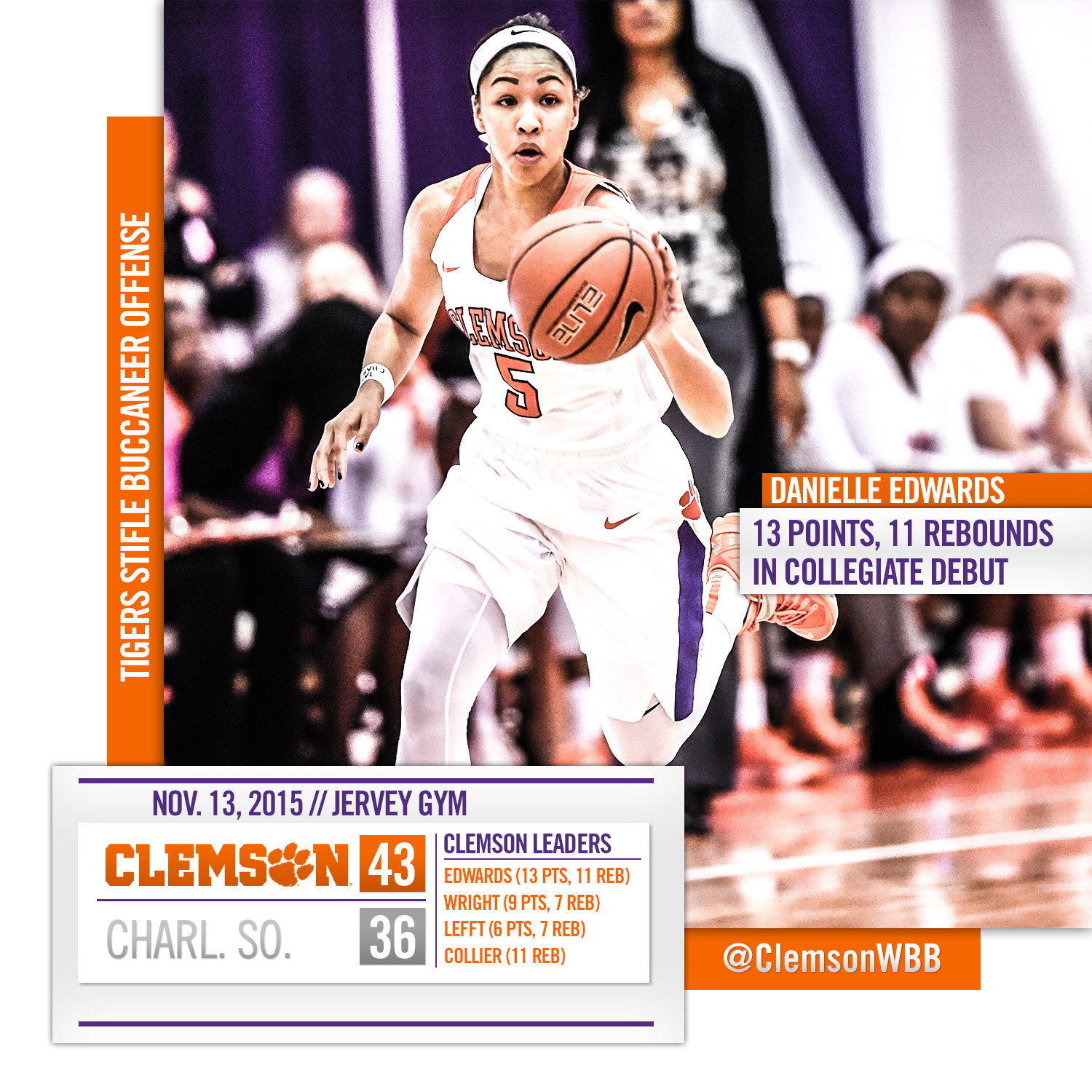 CLEMSON, S.C.- Clemson (1-0) opened the 2015-16 regular season with a victory over Charleston Southern (0-1) Friday afternoon by a final score of 43-36 in Jervey Gym. Freshman Danielle Edwards led the Tigers with a 13-point, 11-rebound double-double in her collegiate debut.

Wright picked up right where she left off, beginning the third quarter with four points in the first three minutes. Clemson held the Buccaneers to eight points in the third and led 36-18 heading into the final quarter of the contest.

Charleston Southern made a run toward the end of the game, but Clemson held on to defeat the Buccaneers 43-36. Edwards fueled the Tiger offensive attack in the second half, scoring all of her 13 points after halftime. Charleston Southern’s 36 points mark the fewest points scored by a Clemson opponent since January 2, 2014 when NJIT scored 37.

“We have kids that are super high energy and that’s really important. On the defensive end, it is definitely a positive. The biggest thing for us moving forward is we have to be a good defensive team,” Head Coach Audra Smith said following the win.

The Tigers are back in action on Sunday, Nov. 15 in Jervey Gym when they take on the Coastal Carolina Chanticleers at 2.pm.