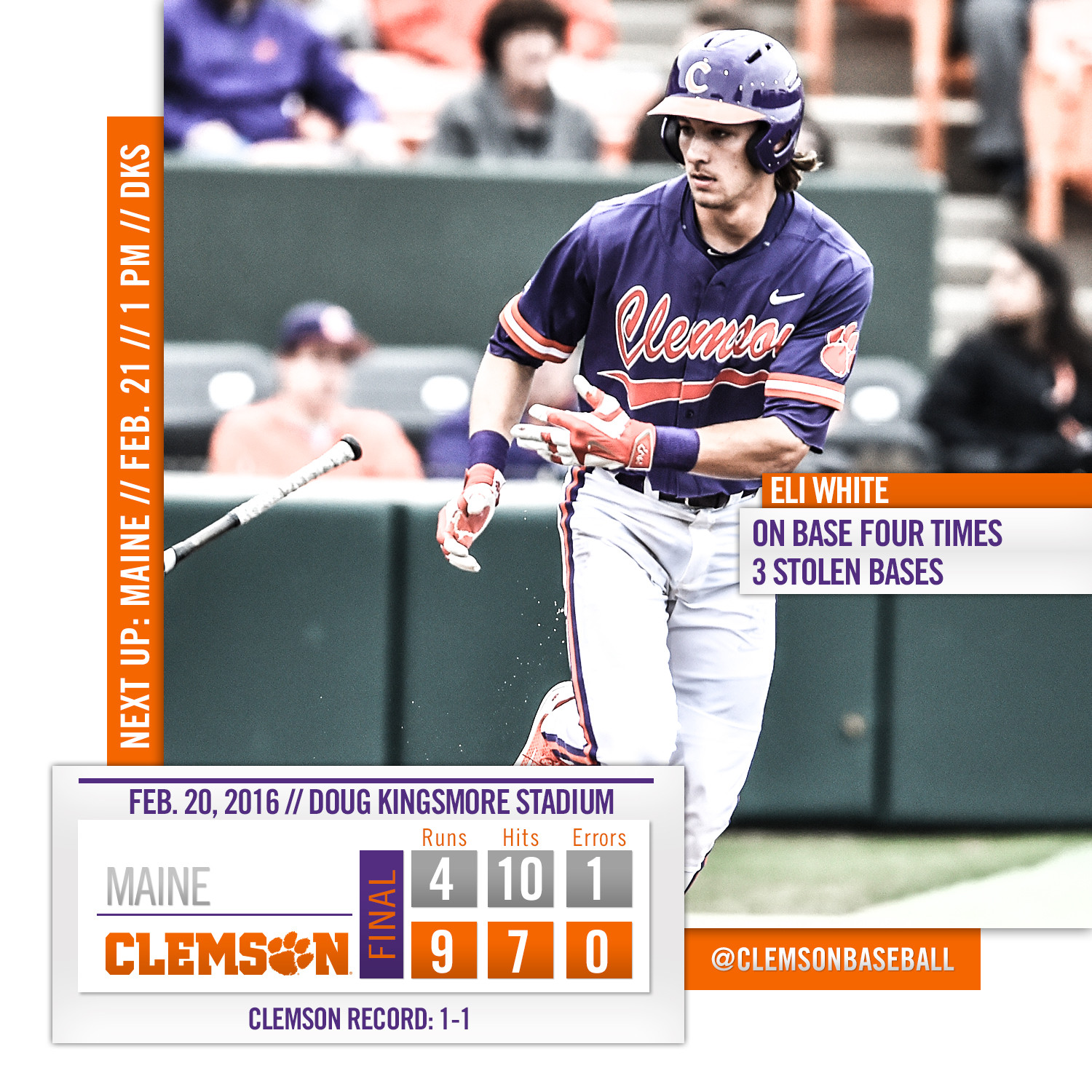 CLEMSON, S.C. – Behind five runs in the second inning and four runs in the third inning, Clemson defeated Maine 9-4 at Doug Kingsmore Stadium on Saturday afternoon. The Tigers, who evened the series 1-1, improved to the same record on the season, while the Black Bears dropped to 1-1. It also marked Clemson’s first victory in the head coach Monte Lee era.

Clemson sent 10 batters to the plate in the five-run second inning and used two doubles, four walks and a hit-by-pitch to take the lead for good. The Tigers added four runs in the third inning, highlighted by Seth Beer’s two-run single, his first career hit.

In his first appearance since being diagnosed with and recovering from nodular sclerosing Hodgkin’s lymphoma, senior righthander Clate Schmidt (1-0) earned the win by allowing four runs and one walk with five strikeouts in 5.0 innings pitched. Maine starter Chris Murphy (1-1) suffered the loss, as he yielded one hit, four runs and four walks in 1.0 innings pitched.

The Tigers and Black Bears play game three of the three-game series on Sunday at 1 p.m., at Doug Kingsmore Stadium. Fans can purchase four tickets and a $10 concession voucher for only $20. Live video is available for free on TigerCast at ClemsonTigers.com.