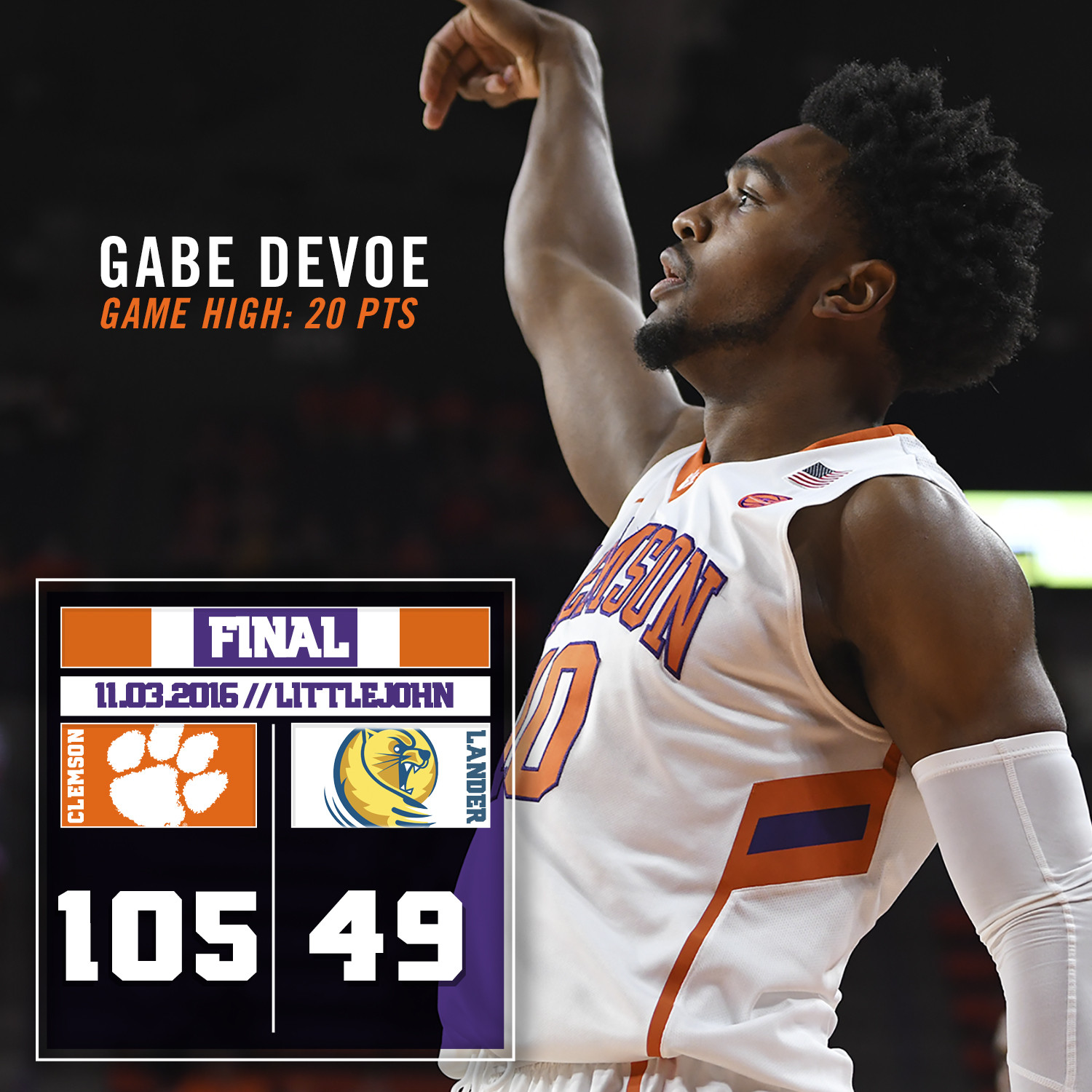 CLEMSON, S.C. — The men’s basketball team scored early and often Thursday in its lone public exhibition, cruising to a 105-49 victory over Lander University in the newly renovated Littlejohn Coliseum.

The first half saw the Tigers take command early and never look back. Clemson outscored Lander 55-15 in the opening frame, led by 12 points from senior guard Avry Holmes. He was joined in double figures quickly in the second half by Mitchell and DeVoe after the close friends put together a three-point barrage early. DeVoe’s fourth long-range ball gave the Tigers a 57-point advantage, their largest of the game.

Djitte pushed the Tigers to the century mark with a bucket inside the final two minutes. Riley McGillan, a graduate walk-on from Rock Hill, S.C., enjoyed the loudest cheer of the evening when he buried a corner three-pointer in front of the Tiger bench with less than a minute to play.

The Tigers break until the regular season, returning to action Friday, Nov. 11 against the University of Georgia. Tickets are on sale at ClemsonTigers.com, or by calling 1-800-CLEMSON.