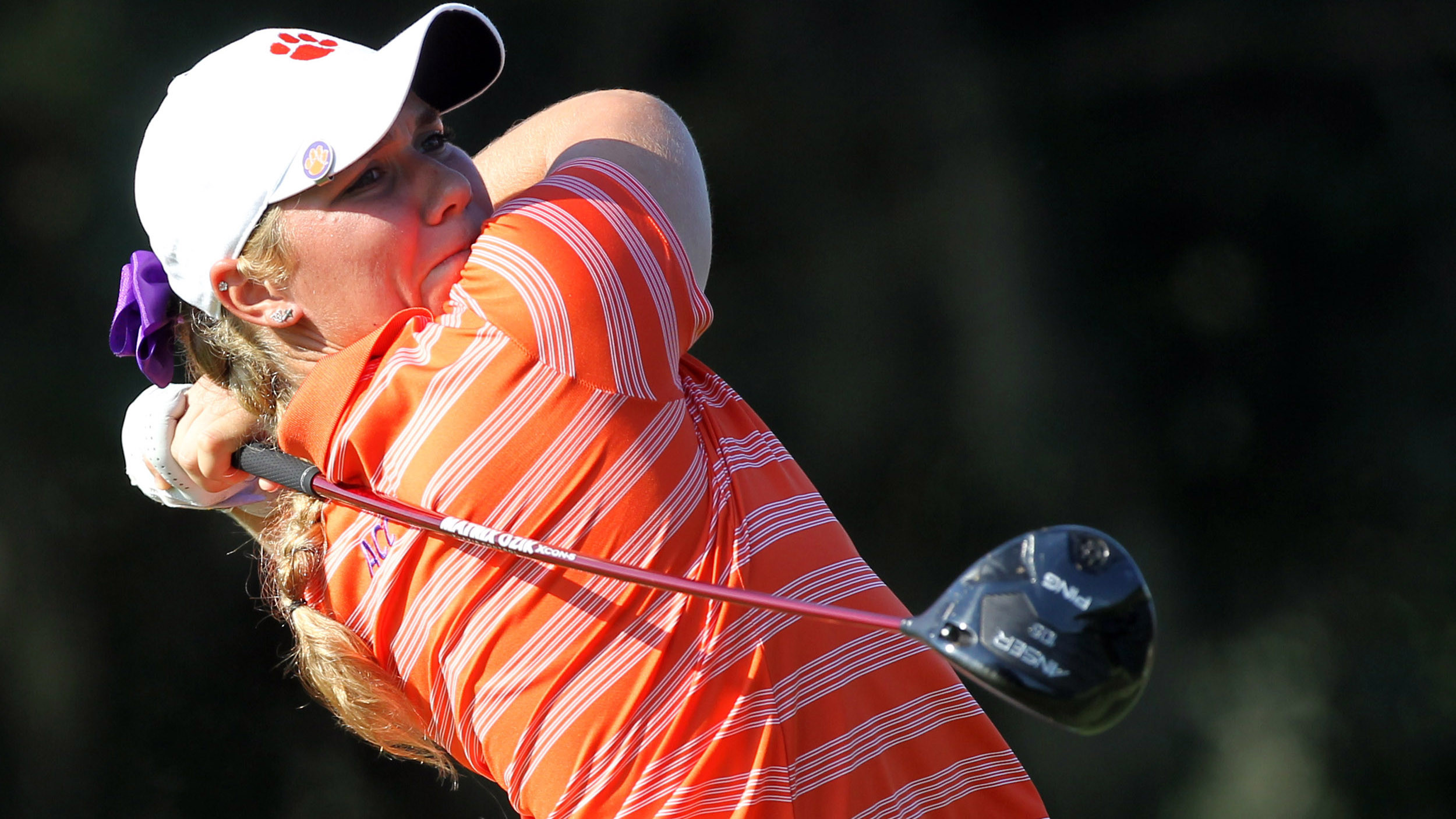 Tigers Conclude Day One in 10th at NCAA Regionals

CLEMSON, S.C. – The Clemson women’s golf team sits in a three way tie for 10th place though one day of the NCAA West Regional held at Tumble Creek at Suncadia Resort in Cle Elum, Washington. The tournament continues Friday and Saturday and the top eight teams after 54 holes will advance to the NCAA National Championships held in Tulsa, Oklahoma  May 20-23.

The Tigers ended the day with a 302 team score, 14 over par and good enough to be tied with Northwestern and Denver for 10th place.

All-ACC player Sloan Shanahan hit the first ball in NCAA tournament history for Clemson and led the Tigers with an even par 72, good enough to be tied for 12th. Lauren Salazar and McKenzie Talbert followed with rounds of 76. Ashlan Ramsey, also named this week as an All-ACC selection, shot a six-over par 78. Jessica Hoang shot an 86.

“We played a little better than our score indicates,” Head coach J.T. Horton said. “We had a stretch of holes that didn’t go well for us, but we had a lot of good positives from the round and we will focus on those in the next couple of days.”

Entering the regional, the team only had two eagles on the season but tallied two in the opening round of the regional on Thursday. Shanahan knocked her second shot in from the fairway from 110 yards on the third hole. Lauren Salazar’s eagle came on the 15th hole.

“It’s pretty special to have two ladies on our team both hole out for eagle in the same round,” Horton said.

Thursday the Tigers teed off of the 10th hole in the morning group, so Friday the team will tee off of the first hole in the afternoon wave. The team will play again with Washington and Wake Forest and will go off at 3:56-4:40 PM eastern time.

Live scoring can be followed on GolfStat.com.