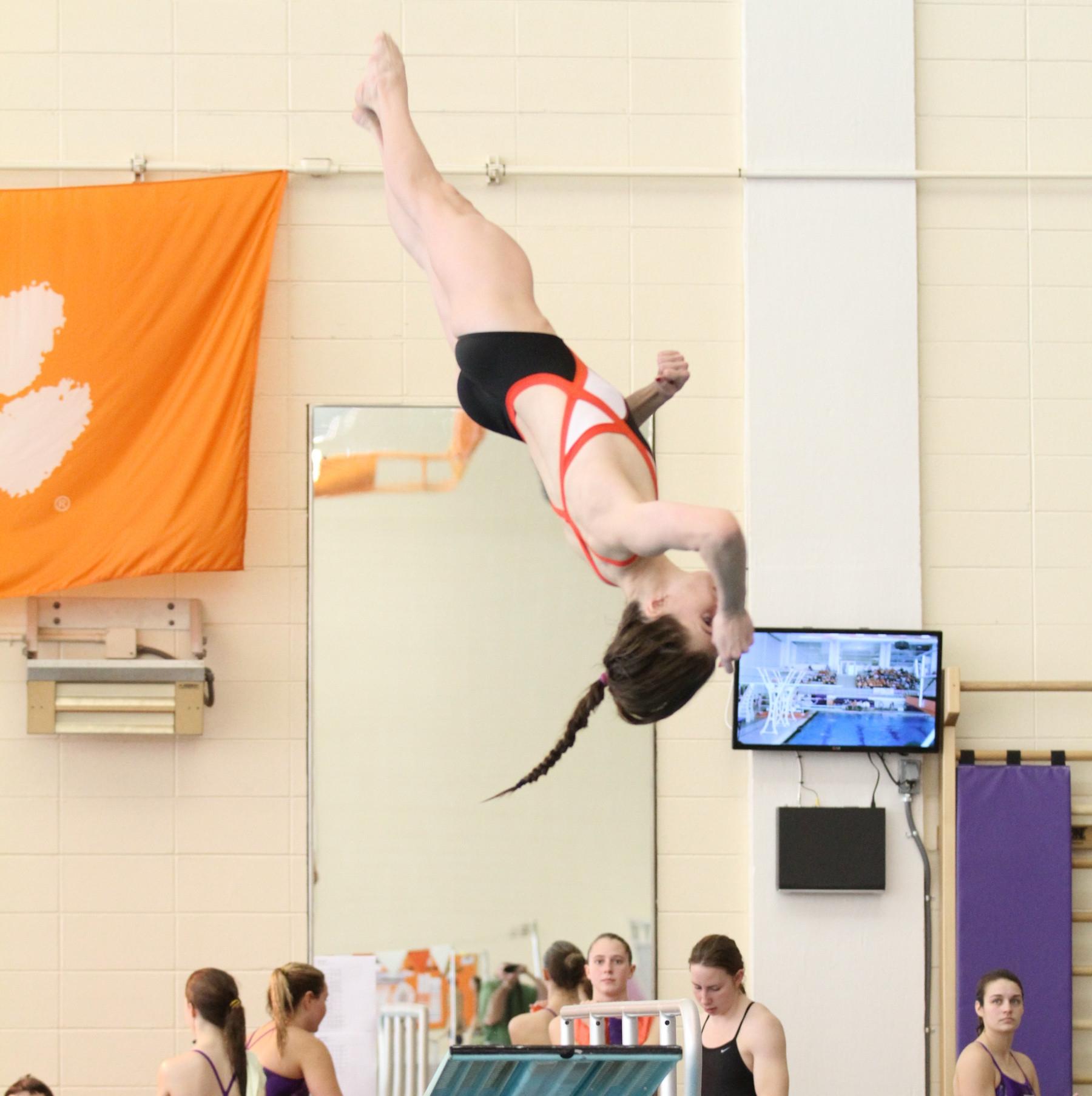 CLEMSON, S.C. – The Clemson diving team concluded competition at two meets – the two-day Shamrock Invitational in Notre Dame, Ind. and a dual meet against James Madison in Harrisonburg, Va. on Saturday. At the Shamrock Invitational, junior Megan Helwagen led the Tigers, finishing among the top seven divers in both events. At JMU, freshman Allison Brophy recorded a career-high score in the one-meter, and posted an NCAA Zone qualifying score for the first time this season.

On Saturday in the one meter, Helwagen, Braun and Donovan were once again the top three performers for the Tigers. The trio finished seventh, ninth and 10th, respectively, in the event, with Helwagen posting the top score of the day with a 261.15.

James Madison 27, Clemson 11Freshman Allison Brophy was the Tigers’ top finisher in the one-meter against the Dukes, taking third place with 266.45 points. It was the best score of season for the rookie, and also an NCAA Zone qualifying score, her first of the year. Junior Juliana Melchionda rounded out the top five with 249.50 points in the event.

Sophomore Danielle Reitsma was the runner-up in the three meter with 261.50 points. Brophy finished in fourth place in the event, while junior Jessica Resler placed fifth.

Clemson hosts its only home meet of the year next Saturday, Feb. 7 when College of Charleston and Davidson come to town. The meet begins at 11 a.m. at McHugh Natatorium in Fike Recreation Center, and admission is free. Prior to the meet, the Tigers will honor seniors Jessica Doolittle, Chelsea Uranaka and Emily Yoder.