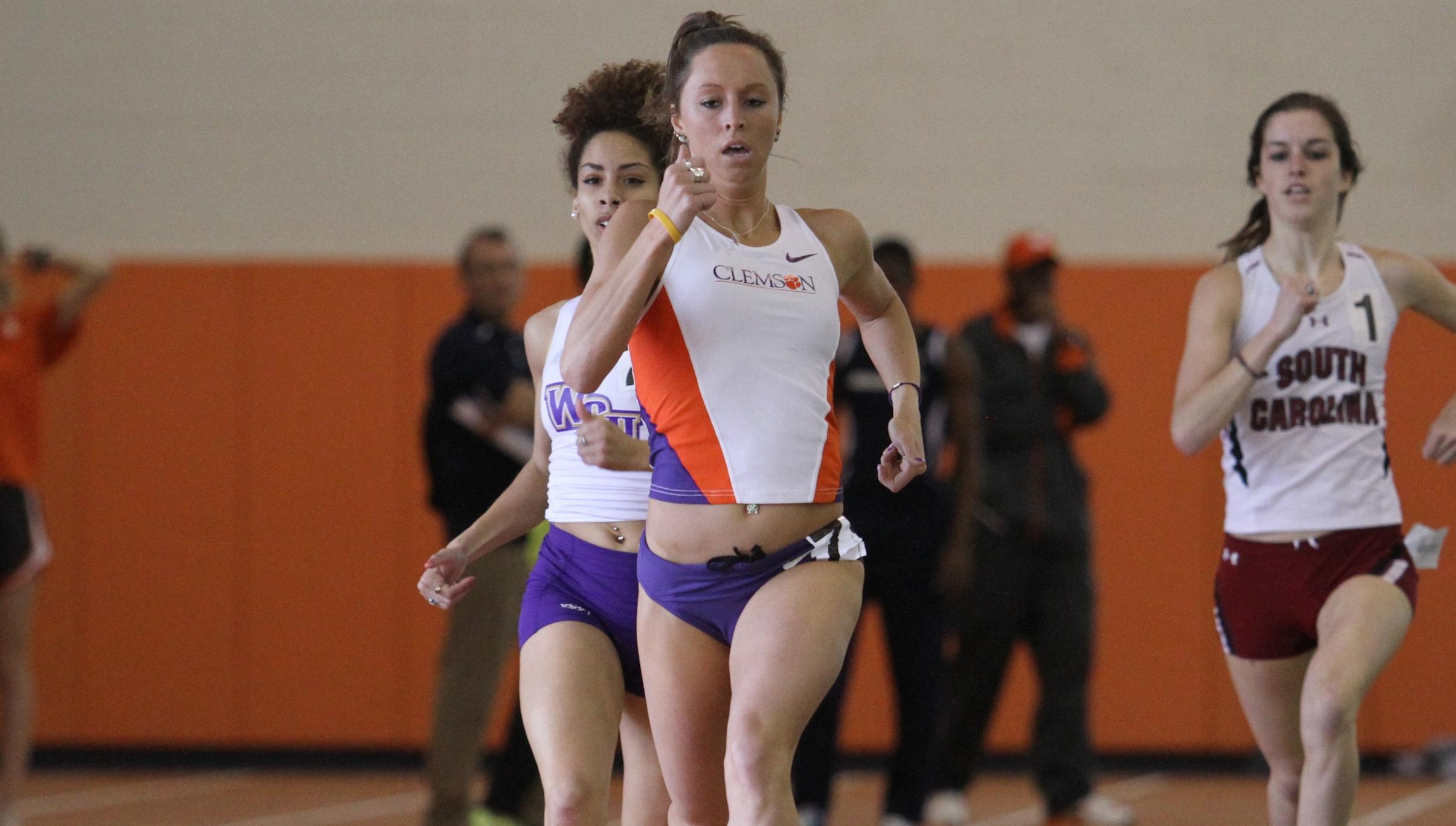 CLEMSON, SC – Clemson competed a handful of athletes from both of its teams on Friday at the Charlotte 49er Classic, the opening meet of the 2013 outdoor track & field season.  Clemson qualified a pair of student-athletes for the final of the men’s 200 dash, while the 1500 meters proved to be a solid event for the Tigers in both genders on opening weekend.

Warren Fraser made his return to action in a Clemson uniform after sitting out the indoor season due to injury.  A senior from Nassau, he posted a time of 21.34 to qualify for Saturday’s final alongside teammate Reggie Lewis, who ran 21.29.

Brianna Blanton was the top performer in the women’s 1500 meters, finishing second overall out of 99 total competitors.  The Summerville, SC native produced a time of 4:33.19.  Lisa Girard was fifth with a time of 4:36.97.

Ty McCormack led a 3-4-5 finish in the men’s 1500 meters Friday evening.  The native of Gainesville, GA produced a time of 3:50.75 to open his junior outdoor season.  Aaron Ramirez was right behind in fourth after crossing the finish line in 3:51.34.  Martin Maloney took the fifth spot in the event that featured 97 competitors Friday.  He had a time of 3:52.91.

The teams return to action Saturday for the final action at the 49er Classic.  Live results are available at FlashResults.com.