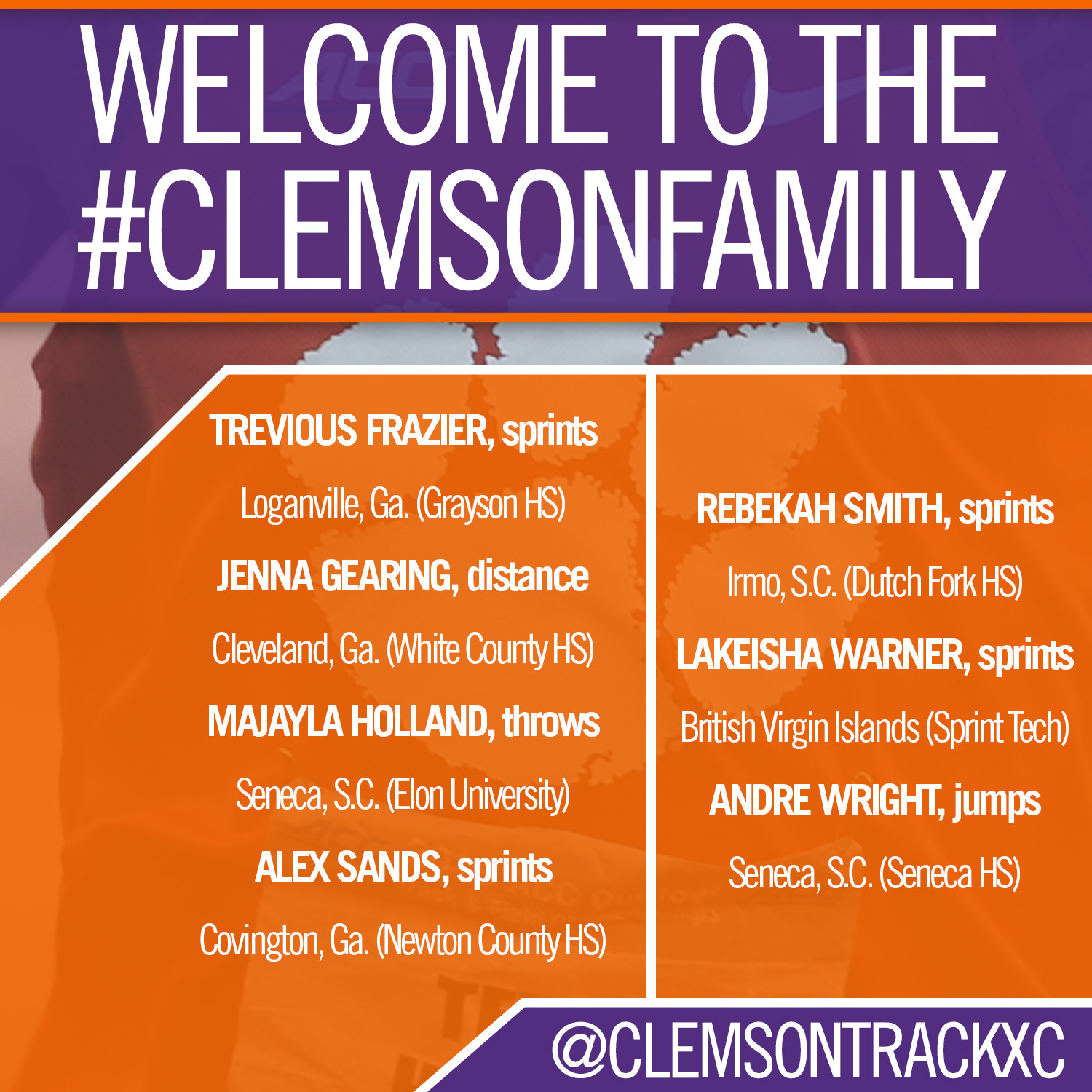 “This is our best recruiting efforts related to scholarship numbers and flexibility across multiple event areas,” Elliott said. “We had some injuries this season, and we didn’t have the numbers to replace key people. We’ve signed some top athletes, of course, but at the same time we’ve put some athletes in the pipeline that will give us more depth as we continue to pursue championships.”

• Posted 10.50 wind-aided best in the 100 to win Gwinnett County Championship

• Ran 10.58 in a silver medal performance at Taco Bell Classic

Elliott’s take: “We’ve been relying on one short sprinter, Tevin Hester, since we’ve been here. To put a solid sprint relay together, you need two main guys. We’ve had 400 runners step up and help cover the event for us. Coupled with fall signee Nate Huggins, Trevious is a big signee for us. I can tell he’s a coachable athlete, because when I first met him he wasn’t running at the level we wanted. He became one of the best in Georgia, with many schools after him.”

• Spent two seasons (2015,16) at Elon, where she scored in the Colonial Championships in both the shot put and discus

Elliott’s take: “We recruited Majayla out of high school, but she signed with Elon. She thinks coming back home and joining our program will help her reach her goals. We were happy she contacted us. It’s always good to have local talent on the roster.”

Elliott’s take: “Alex is along the same lines as Trevious. It won’t be a stretch trying to put a solid 4×100 relay together. We wanted more than one person to replace Tevin, so we’re happy to be able to do that.”

Elliott’s take: “Rebekah is a 100 and 200 sprinter. She’s one of the best athletes in this state, which makes her a great addition.”

• Six-time medalist at the CARIFTA Games

• Earned two bronze medals in the youth division 800 meters, a silver and bronze with the youth 4×400 relay, and a pair of silvers in the U20 division

Elliott’s take: “Lakeisha’s primary event will be the 400 hurdles. But indoors, she’ll run the 800 and be a major player for us in the 4×400 relay. While her primary event is outdoors, she’ll help us flow between sprints and mid-distance. She’s a good fit for us.”

• All-state performer after finishing fifth in the long jump

Elliott’s take: “We lost Shai Carpenter this past season, and Ishmael Kamara is a rising senior. It’s good to have Andre come in as a freshman triple jumper, especially since he’s practically going to school in his hometown. He’ll be a major addition down the road.”