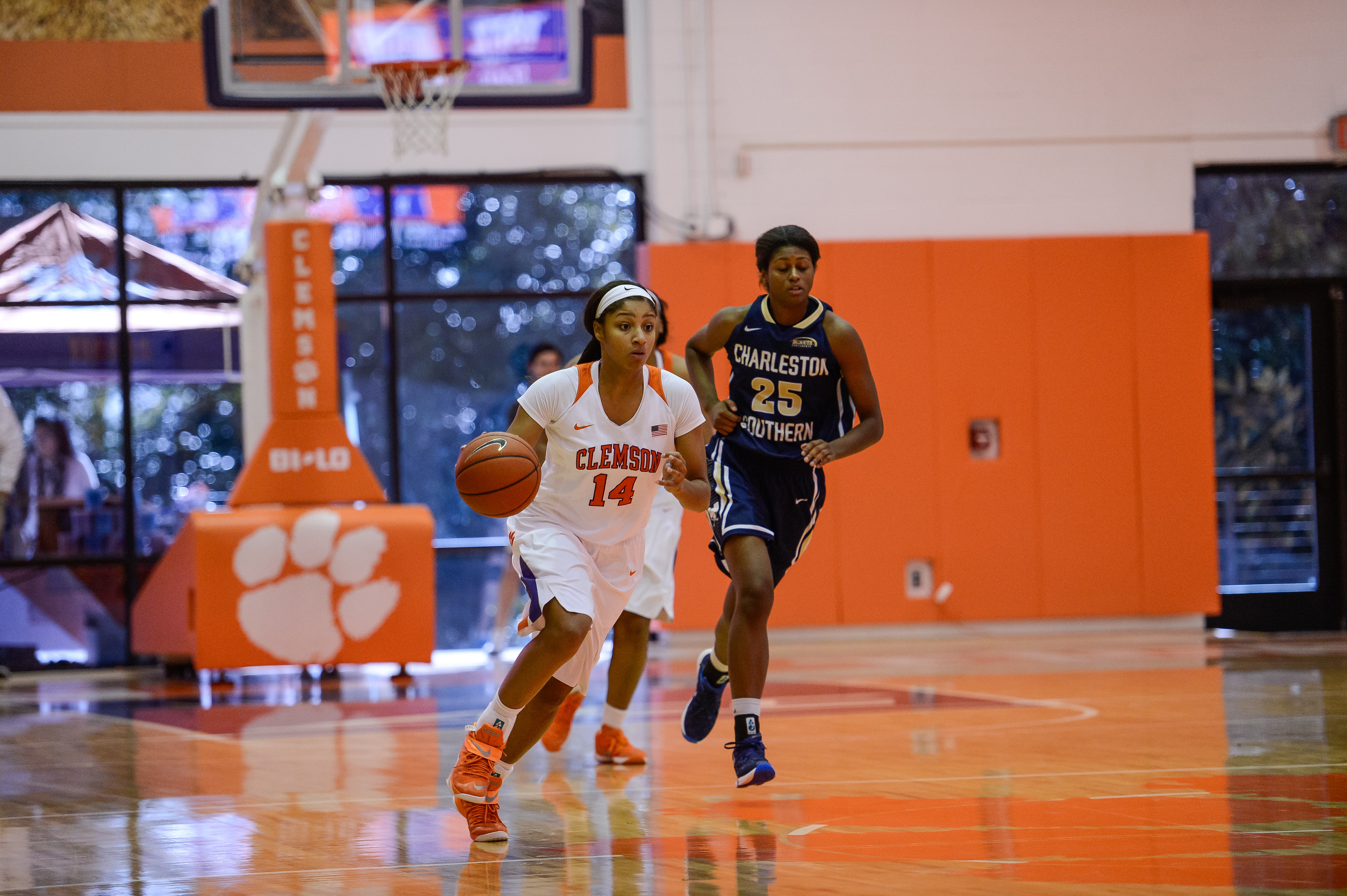 CLEMSON, S.C.- The Clemson Lady Tigers (4-9) fell to the Florida A&M Rattlers (6-7) by a final score of 77-68 on Tuesday evening in Jervey Gym. Career-highs from sophomore Nelly Perry (21 points) and junior Paige Mosley (16 points) were not enough, as Clemson could not overcome a stellar shooting effort from the Rattlers.

“I give a lot of credit to Florida A&M, they are a very feisty team and they came to play. From the tip they were ready to go and we were just trying to figure it out early. They had four players in double-figures and we allowed them to make shots,” head coach Audra Smith said.

Clemson and Florida A&M traded baskets for much of the first quarter, as neither team could find separation early. However, the Rattlers poured in 21 points in the second quarter, including a last second three-pointer by Alicia McCray to give Florida A&M a 38-33 lead at intermission.

Florida A&M extended it’s lead in the third quarter, but Clemson fought back in the fourth, outscoring the Rattlers 23-20. Perry scored 13 of her 21 points in the final two quarters, but the Tigers ran out of time as Florida A&M never relinquished the lead in the second half.

Clemson will begin ACC play on Sunday, Jan. 3 as they travel to Chapel Hill, N.C. to take on the North Carolina Tar Heels. The contest will tip off at 2 p.m. and will be broadcasted on ESPN3.