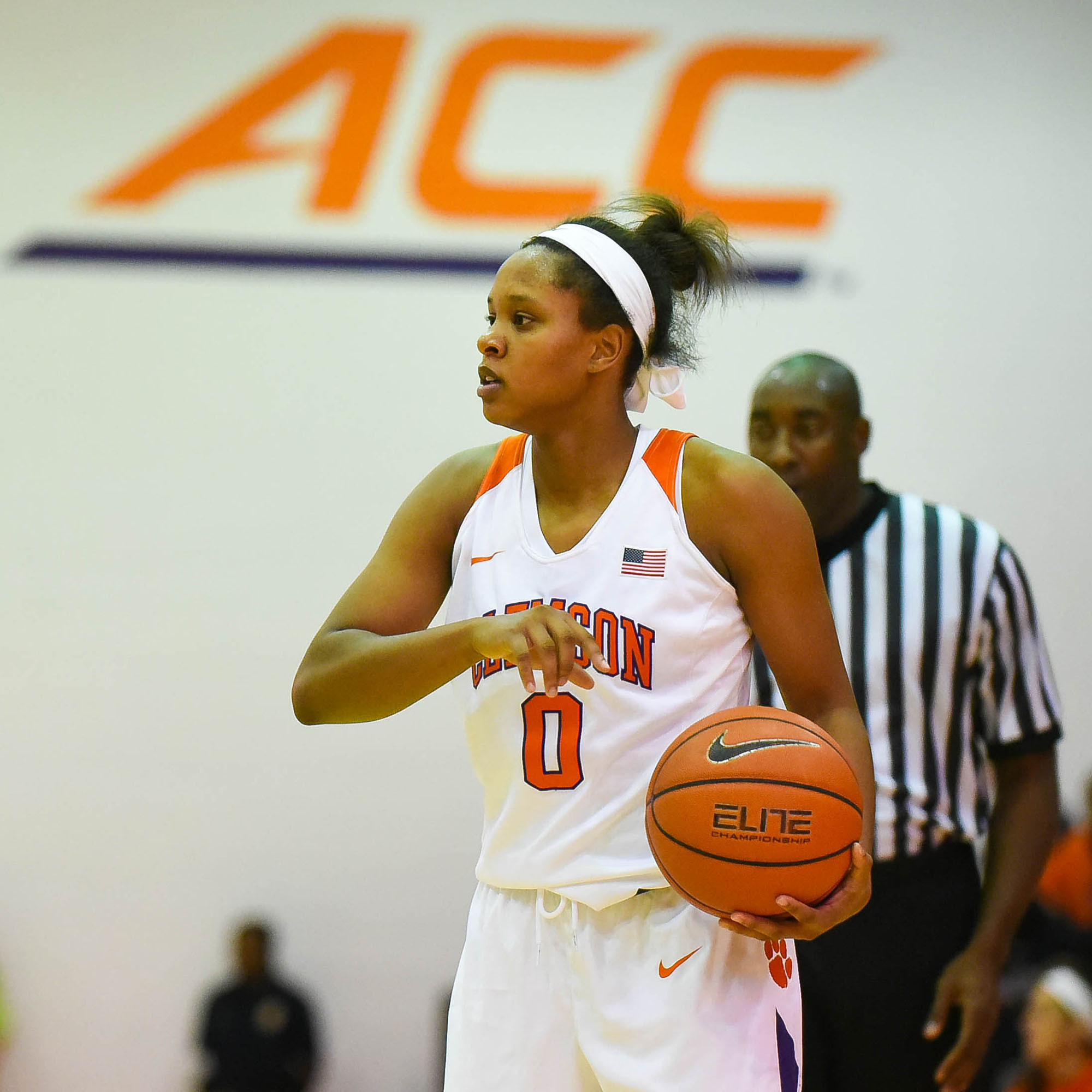 Tigers Come Up Short at Oregon

EUGENE, Ore. – Despite career-highs from Danielle Edwards (23 points), Nelly Perry (16 points) and Sirah Diarra (nine points), the Clemson Tigers (1-4) came up short against the Oregon Ducks (4-0) 69-56 in Eugene, Ore. on Tuesday night. Two freshmen, Edwards and Diarra, and a sophomore, Perry, combined to score 48 of the Tigers’ 56 points in the contest.

“I am so proud of Danielle Edwards first of all. She did a great job of attacking the basket. She plays so hard and the kid has heart. Nelly [Perry], in her first game back, had 16 points. I know she wanted to be back a lot sooner than tonight. Sirah [Diarra] did a good job as well. We’re depending on a bunch of young kids and they will grow up as the season goes on,” Head Coach Audra Smith said following the game.

The Tigers and Ducks went back and forth in the first quarter, with neither team able to find significant separation early. In the second quarter, Oregon pulled away with a 9-2 run towards the end of the quarter before Clemson countered with a 4-0 run to end the half. At intermission, the Ducks led the Tigers 33-24.

Edwards led Clemson in the third, scoring 10 points in the quarter alone. The two teams each scored 15 points apiece in the third before Oregon outscored Clemson 21-17 in the fourth to seal the 13-point victory on their home floor. The Ducks’ 69 total points is their lowest output of the season as they average 81.3 points per game.

“I was pleased with our defense. We did a pretty good job in our man-to-man. We played hard tonight and we shared the ball well. I’m just going to continue to be patient with our young team as they learn and get better.”

Next up, Clemson heads back to the east coast to participate in the UCF Thanksgiving Classic in Orlando, Fla. this coming weekend. The Tigers will take on Butler on November 28 and Buffalo on November 29 with both games tipping off at noon (EST).