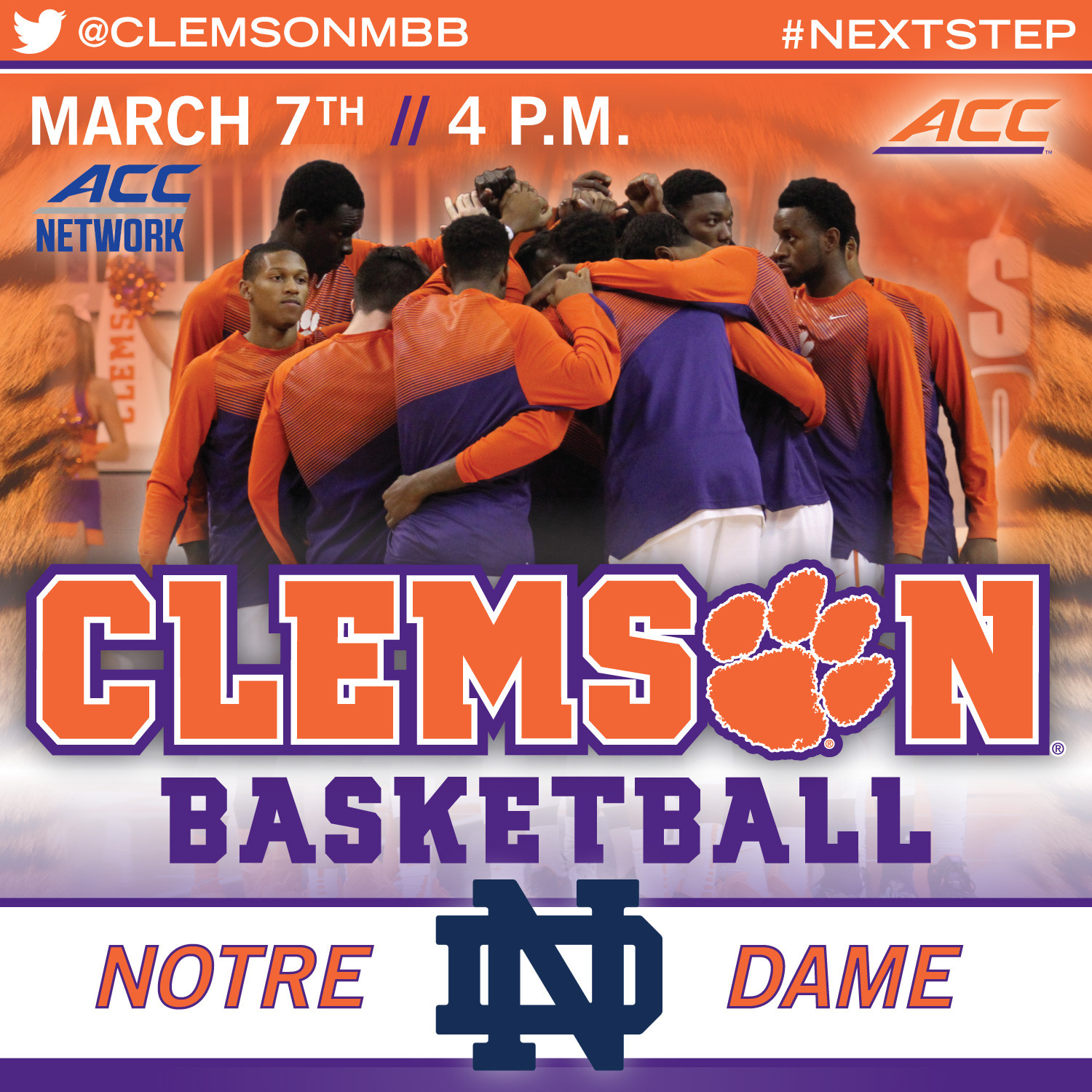 • Clemson and Notre Dame meet for the second time in 2014-15 to end the regular season; the Fighting Irish prevailed 60-58 in Littlejohn Coliseum on Feb. 10 when Damarcus Harrison’s game-winning attempt from three fell short as time expired.

• The two games in the series have been decided by six points, both in Notre Dame’s favor. The Irish won in double overtime in South Bend last season in the first-ever matchup.

• Clemson is in search of its ninth ACC win, which would give the program its fourth season at .500 or better in the league standings in Brad Brownell’s five seasons as head coach.

• The Tigers are tied with Pittsburgh at 8-9 in the ACC and appear to be a guarantee for the 8/9 seed game at the ACC Tournament.

• Clemson is in search of its first road win since Feb. 4 at Florida State. The Tigers defeated Pittsburgh, NC State and Florida State within a four-game road stretch early in league play.

• Gabe DeVoe posted a career-high 18 points in the loss to NC State on Tuesday, Clemson’s final home game at Littlejohn Coliseum. The freshman set a single-game school record with 3.0 points per minute.

• Landry Nnoko has blocked 17 shots over the last five games, and is third in the ACC at just over 2.0 per game.