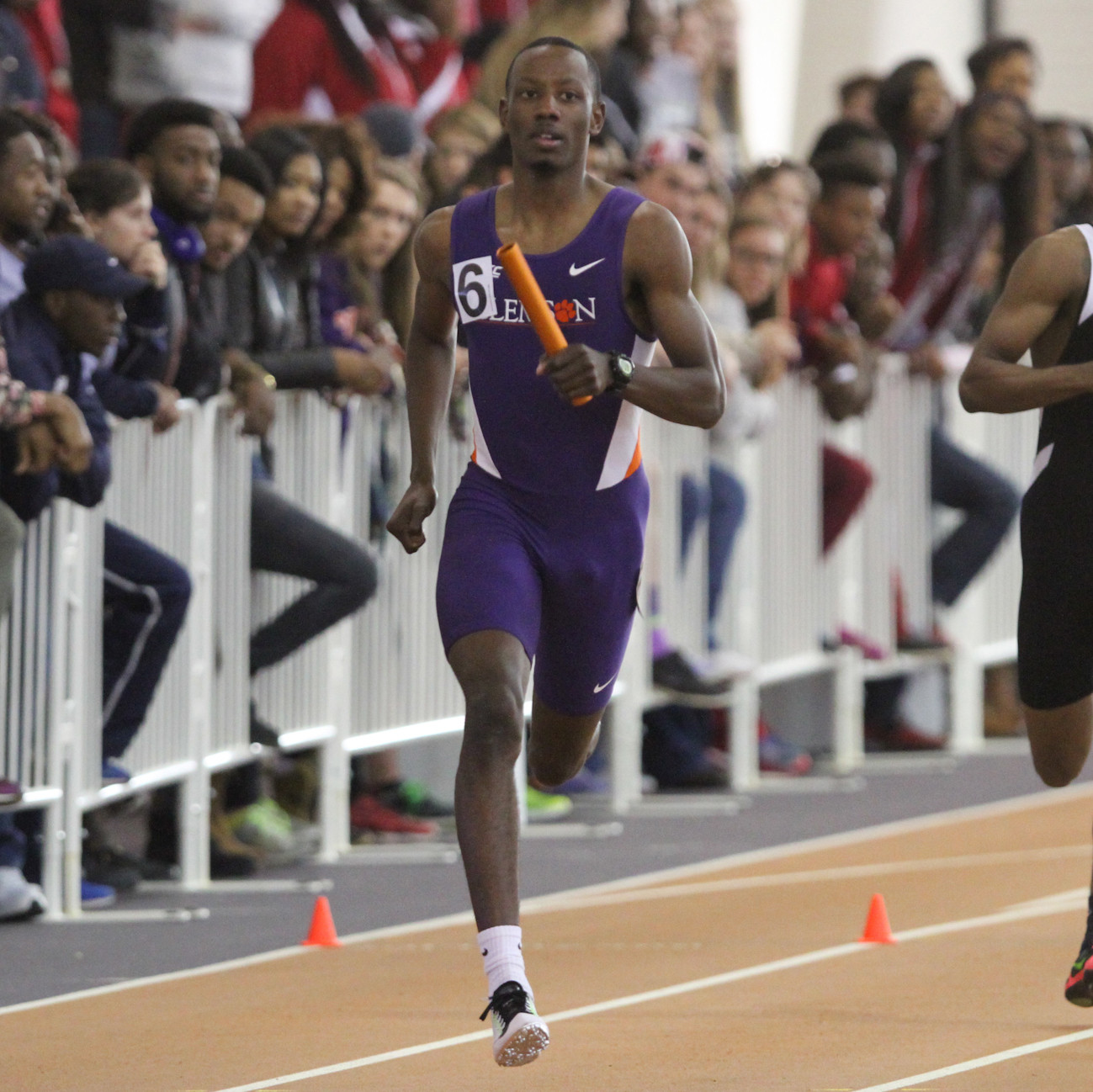 CLEMSON, S.C. — The men’s 4×400 relay won the university section Saturday to highlight Clemson’s action at the Texas Relays, while a number of athletes put forth top-five efforts at Alabama’s Crimson Tide Invitational.

The men’s 4×4 team of Cordell Lamb, Michael Cheeks, Jorel Bellafonte and Jeffrey Green put together a time of 3:08.18. The women also had a strong showing, posting a time of 3:34.48. The women’s team consisted of Olivia James, Nia Fluker, Malayshia George and Natoya Goule.

Both 4×100 relays picked up top-five finishes Saturday. The women’s team of Torie Robinson, Deja Parrish, Sabria Hadley and Myasia Jacobs was fourth (45.00). The men — composed of the lineup of Elijah Britton, Cheeks, Justin Johnson and Tevin Hester — took fifth place with a season-best 39.64. The women’s 4×200 relay was runner-up Saturday. The team of Parrish, James, Fluker and George clocked a time of 1:36.06.

Justin Johnson continued his strong showing in the men’s 110 hurdles, clocking a personal best 13.69 in a third-place finish.

Sabria Hadley was eighth (11.32) in the women’s 100 final, with a significant wind (+5.1) at her back. Hadley’s time is the fifth-best in school history, under all conditions.

Torian Ware and Mimi Land were the lone field athletes to compete Saturday at Texas. Ware finished fourth in the men’s high jump, clearing the bar at 7-1, while Land tied for sixth with a leap of 5-9.25.

Clemson athletes posted top-five finishes in the 800 and 1500 meters at Alabama’s Crimson Tide Invitational on Saturday as well. Grace Barnett (2:09.19) was third place in the women’s run, while Chad Fennell (1:53.77) took fifth in the men’s race. Barnett’s time ranks seventh in Clemson history. Aaron Ramirez was third in the men’s 1500 at Alabama, posting a time of 3:49.61. He finished one spot ahead of teammate James Dwyer.

James Plummer was seventh in the men’s discus, with a mark of 180-9. In other field action, Sarah Maxson took third in the women’s high jump with a season-best clearance of 5-7. Maxson’s mark ties for 10th in Clemson outdoor history.

The Tigers return to action next Friday and Saturday, April 3-4, at the Florida Relays.