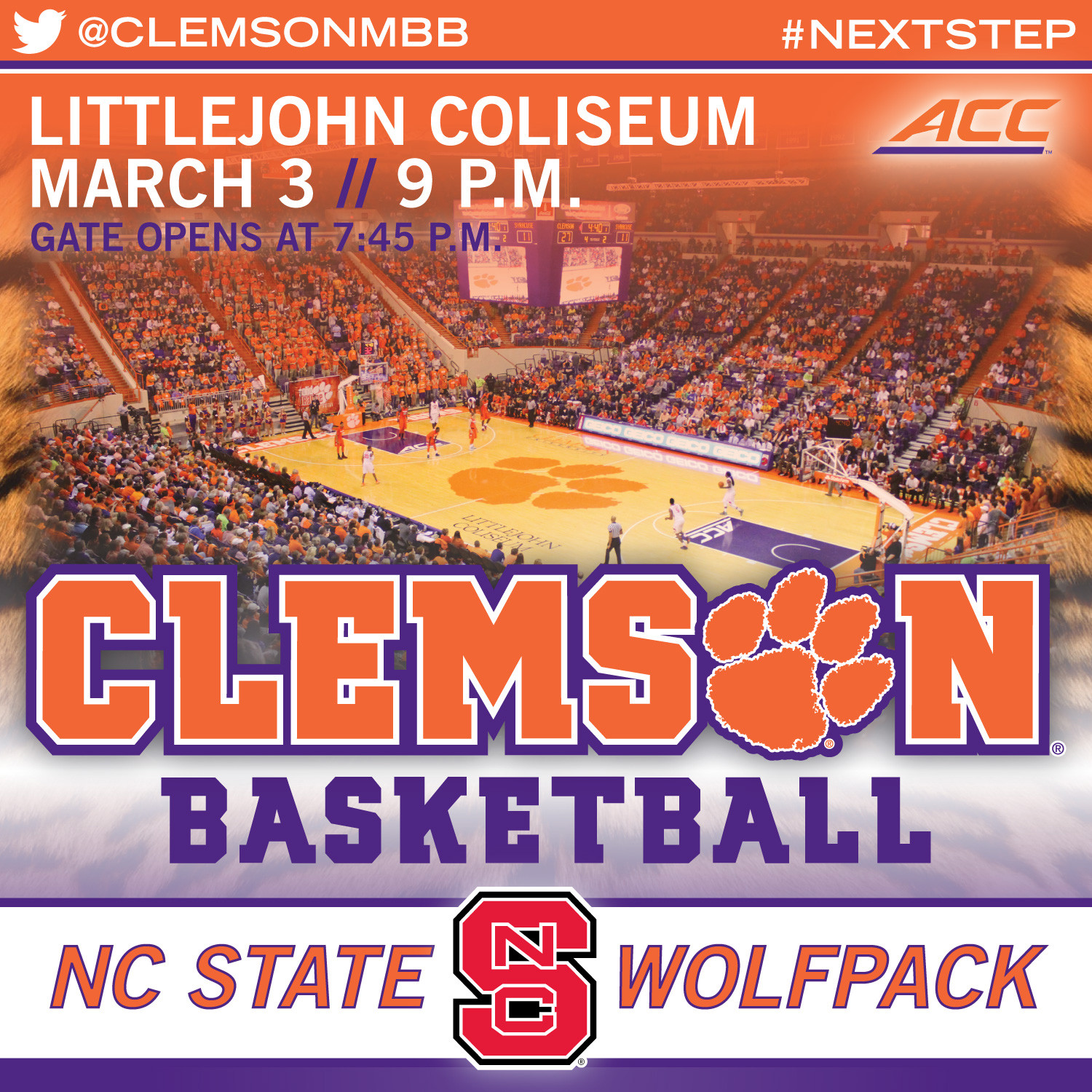 • The Tigers and Wolfpack enter Tuesday’s game with the same conference record; Clemson won the first matchup between the two in Raleigh, 68-57. The Tigers have not swept the regular season series since 2007-08.

• Clemson won on Senior Day this past Saturday, 70-63 in overtime against Georgia Tech. Senior guards Rod Hall and Damarcus Harrison both posted 15 points.

• The first 5,000 fans through the gates receive a commemorative Littlejohn Coliseum coin.

• A Littlejohn tribute video will be shown after the game, followed by a brief fireworks display.

• Tuesday’s game is the final scheduled game in Littlejohn Coliseum. The arena is set to undergo a major rebuild this offseason, with the new facility opening in November 2016.

• Clemson is in search of its ninth ACC win Tuesday; it would give the program only its 10th season in school history with at least nine league wins.

• Clemson celebrated Senior Day a game early, and came away with a 70-63 overtime win over Georgia Tech. Senior guards Rod Hall and Damarcus Harrison were honored before the game, and both contributed 15 points apiece.

• Jaron Blossomgame led the Tigers with 19 points in the win over Tech; it was his highest scoring output against an ACC team in two seasons.