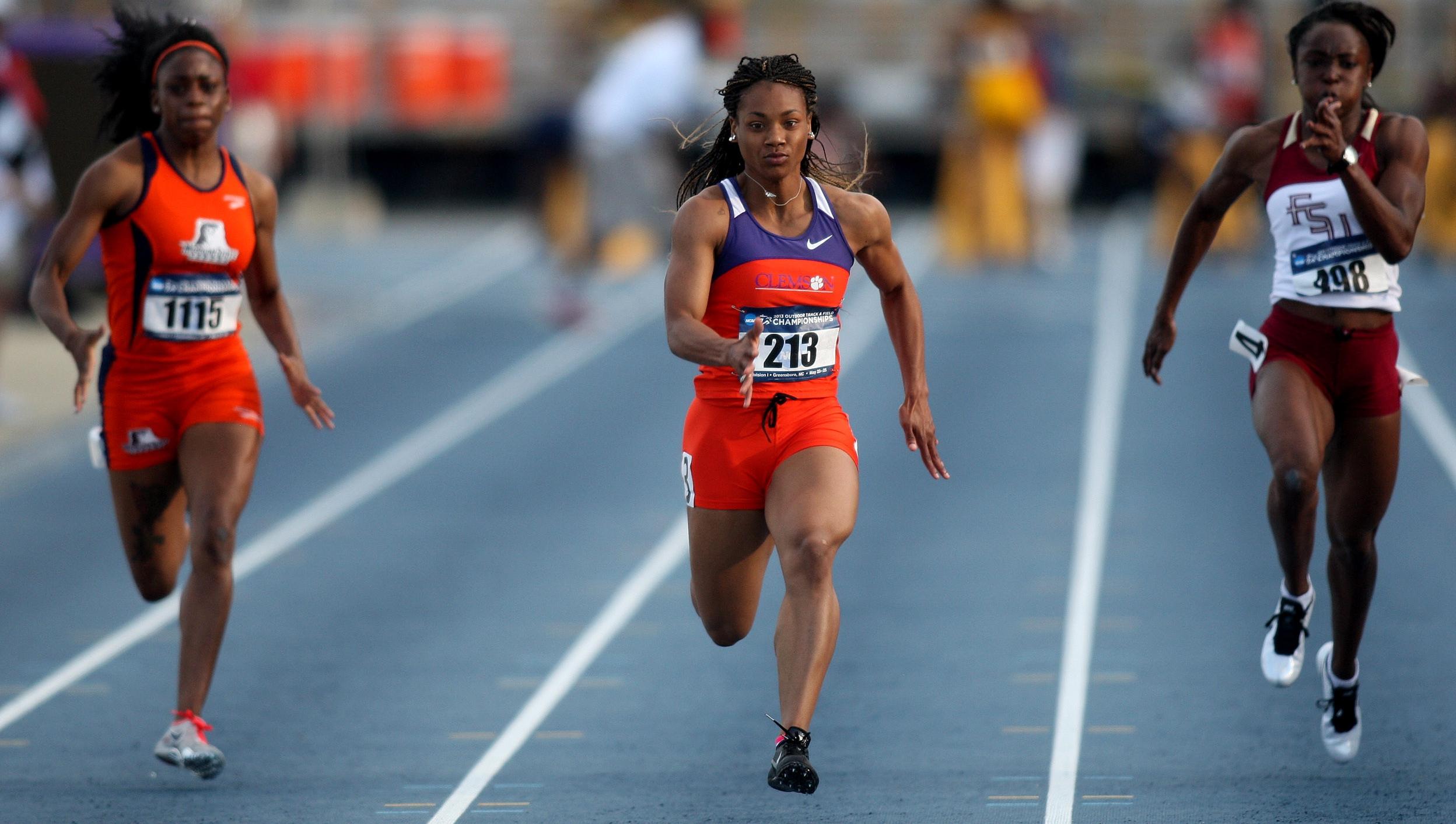 GREENSBORO, NC – Eleven individuals combined for 13 bids to the NCAA Outdoor Championships, while Clemson qualified both of its 4×100 relays at the East Preliminary Round at North Carolina A&T’s Irwin Belk Track. The Tiger women qualified five different athletes for a total of seven bids, with the men’s team earning six different individual spots.

“We are proud of everyone that competed this week,” said Interim Director of Track & Field Shawn Cobey. “Our sprints and hurdles did a tremendous job as expected. It was gratifying for our men’s team to qualify three in the 100, and then turn around today and make it in the 4×1. We are taking a good group of student-athletes to Eugene.”

A pair of sophomore classmates from the Tiger women’s team qualified for their second individual event on Saturday. Dezerea Bryant earned a trip in the 200 dash, putting her in the field in both short sprints for a second straight season. She ran a personal best 22.88 on Saturday, the third-best time of the quarterfinal round. Keni Harrison qualified in the 100 hurdles, making her a double qualifier in the hurdles a second straight outdoor season. She ran 12.96, second-best in the quarterfinals.

The top quarterfinal time of the 100 hurdles belonged to Clemson superstar Brianna Rollins, who ran 12.72 with a minimal tailwind. She was just three one-hundredths off the meet record. Rollins was the 2012 silver medalist in the event in Des Moines, IA.

Clemson qualified two men’s 110 hurdlers a second straight year, with Spencer Adams winning his quarterfinal in 13.51 and Marcus Maxey making it on time at 13.72. The two both competed at last year’s outdoor national meet, with Adams taking the bronze medal in Des Moines.

Both 4×100 relays advanced to the NCAA Championships. The women won the third quarterfinal with a time of 44.30, running a team of Harrison, Rollins, Stormy Kendrick and Bryant. The men had to come behind to edge Savannah State for fourth in their heat, with a time of 39.92. The Tigers advanced on time, with the team of Reggie Lewis, Warren Fraser, Brunson Miller and Tevin Hester.

Natalie Anthony ran the women’s 5000 meters for the Tigers on Saturday. The New Jersey native produced a time of 16:36.31 and finished 21st overall. Ty McCormack had qualified in the men’s 5K, but withdrew due to a bruised hip.

The women’s 4×400 relay entered with one of the top seeds, but ran without Harrison, who had performed a great deal of duty this week. The team of Nia Fluker, Bryant, Brittany Pringley and Keisha Richburg formed a time of 3:38.78 to finish 17th out of 24 teams.

Clemson did not advance a field event athlete on Saturday, but did record a pair of solid finishes in the men’s high jump and women’s triple jump. Torian Ware cleared the bar at 7’0.25″ to take 15th in the high jump, while senior Jasmine Brunson was 19th in the women’s triple jump in her final collegiate meet. Ware actually cleared the height that moved on to nationals, but two misses at 7’0.25″ ended up being the difference between the top 12 and his finish.

The NCAA Outdoor Championships are scheduled for June 5-8 in Eugene, OR at Hayward Field.