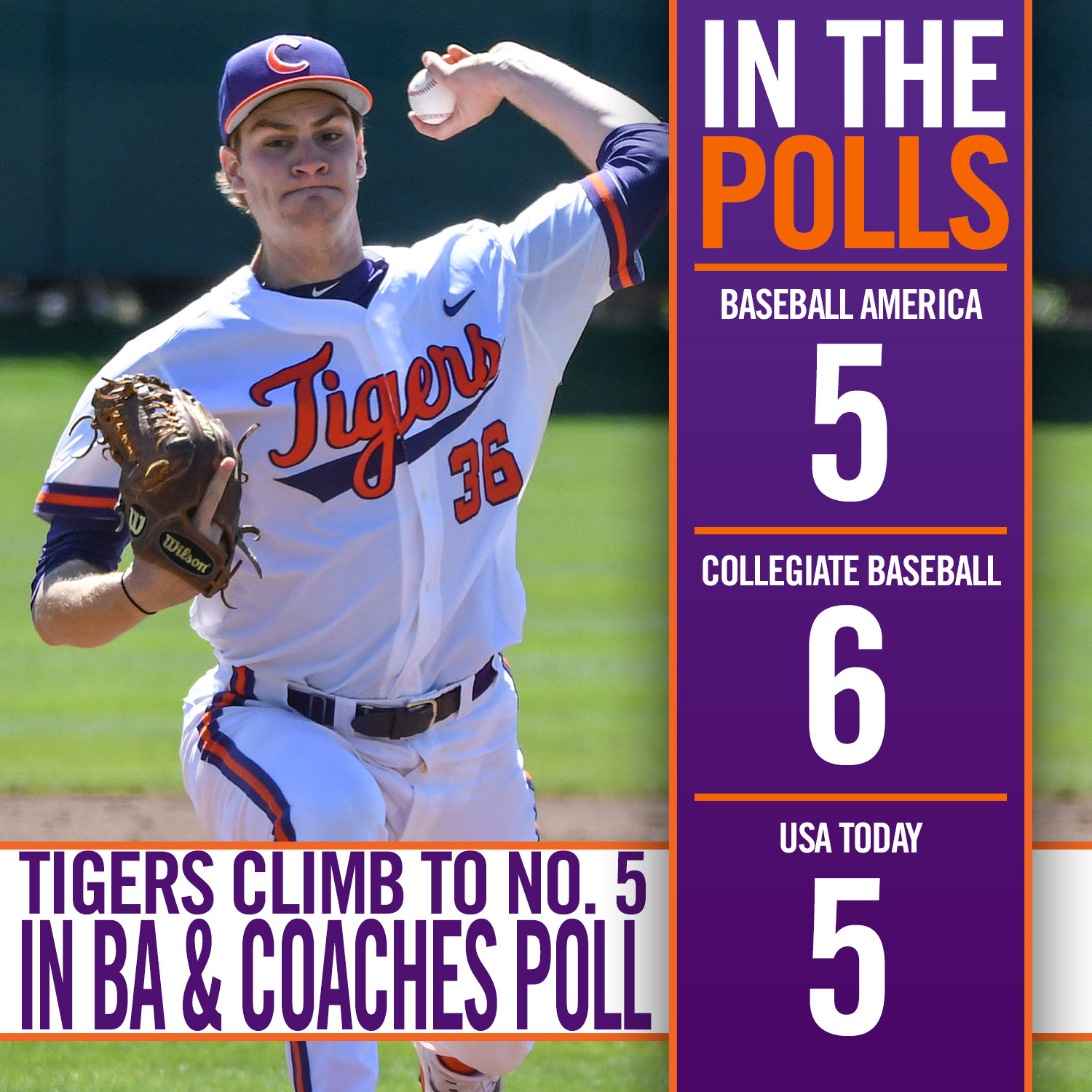 Tigers Climb To No. 5

CLEMSON, S.C. – The Tigers moved into the top five of the Baseball America ranking and USA Today coaches poll at No. 5 this week. Clemson (20-4, 8-1 ACC) also climbed six spots to No. 6 in this week’s Collegiate Baseball poll after a 4-0 record in four road games last week. The No. 5 ranking was Clemson’s highest since it was ranked No. 4 in the Collegiate Baseball poll on March 7, 2011.

It marked the 14th week in a row (dating to 2016) the Tigers were ranked in the top 25 of at least one of the polls. Clemson, who is riding a six-game winning streak, plays five contests this week, starting with midweek home games against Furman and Winthrop before facing Georgia Tech on the road over the weekend.