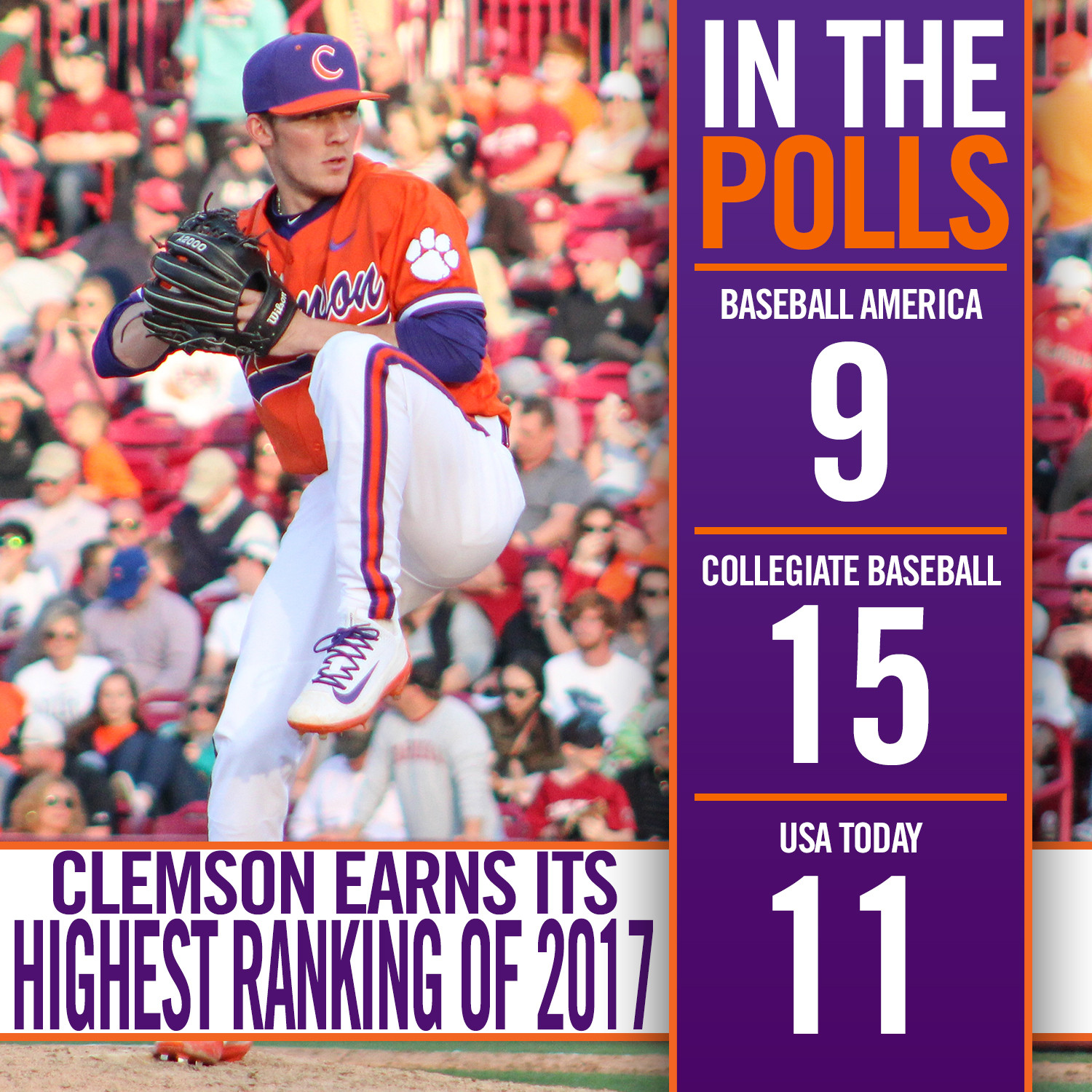 CLEMSON, S.C. – The Tigers moved into the top 10 at No. 9 in this week’s Baseball America ranking, released Monday. Clemson moved up six spots from the previous week thanks to a 3-1 record, including two wins in three games against No. 4 South Carolina, to claim its highest ranking of the season. The Tigers are also No. 11 in the USA Today coaches poll and No. 15 in the Collegiate Baseball poll.

It marked the 11th week in a row (dating to 2016) the Tigers were ranked in the top 25 of at least one of the polls. Clemson plays four games this week, starting with a Wednesday night game against Michigan State at Fluor Field in Greenville before beginning ACC play against Notre Dame at Doug Kingsmore Stadium over the weekend.