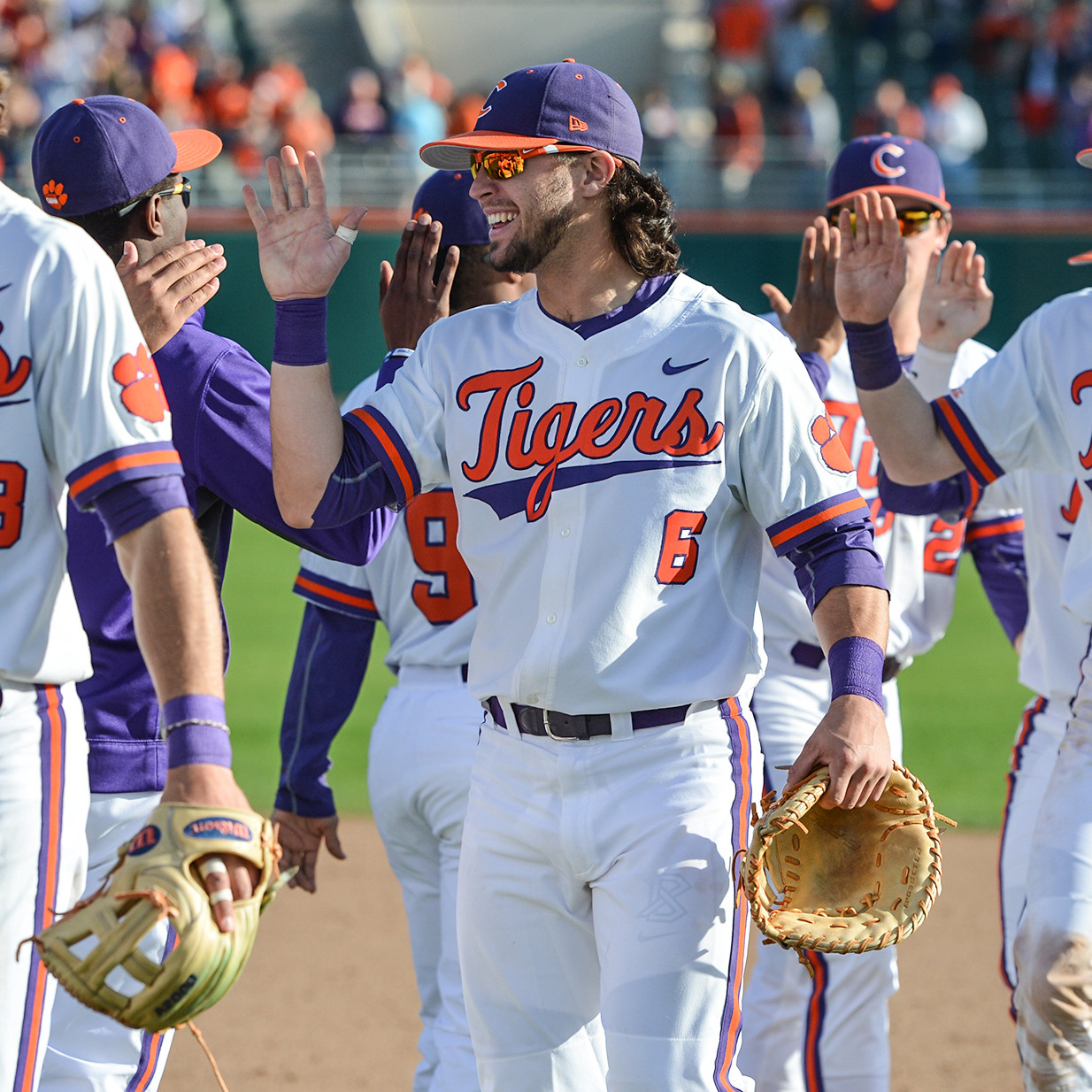 For the record 6,524 fans that piled into Doug Kingsmore Stadium to watch the rubber matchup between the Tigers and No. 18 Gamecocks, Monte Lee’s club did not disappoint. Fueled by righthander Alex Eubanks’ dominant first collegiate start and consistent production from the bottom of the order, the Tigers won the game by a score of 4-1 and took the series in Lee’s first taste of the rivalry from the Clemson dugout.

“It’s what you play the game for,” added Andrew Cox, a native of nearby Belton, S.C. “If you can’t get ready to play game three at Doug Kingsmore against South Carolina, you shouldn’t be here.”

After the game, Lee was complimentary of Cox, who hit a two-run single in the fourth inning, and other batters in the bottom of the lineup, saying that the latter half of the order often determines the “pulse of a ballclub.” Lee also praised Eubanks for his strong 7.2 innings of work.

“We knew if we didn’t use him in game two, we were going to start him in game three,” said Lee on the decision to start Eubanks. “He’s a strike thrower, he’s got two different breaking balls, he mixes pitches very well and he keeps the ball down. He’s very athletic on the mound. He maintained his velocity and his stuff throughout the course of the ballgame, and for me, he got better as the game went on. He was very, very impressive. He’s got big-time makeup, he’s a big-time competitor and we felt like he was the right matchup today.”

Eubanks, a native of Moore, S.C., grew up a Clemson fan and said he was “amped up” to get the start on Sunday.

“It was definitely awesome because this is the only place I’ve ever wanted to play,” said Eubanks. “It was really cool for my first start to be against our rival, and it was definitely fun.”

Lee, Eubanks and Cox all reiterated how the series win helps foster confidence among team members, especially heading into the Winthrop game on Wednesday and ACC play next weekend at Wake Forest.

“Winning this series, and the way that we won it, I can’t imagine our team not being extremely confident moving forward,” stated Lee. “And I thought we were confident going into the series. But I can’t imagine that it wouldn’t help build confidence within a ballclub to lose on a Friday night and then win the next two to win the series against a club that’s ranked in the top 20 in the country.

“I think it says a lot about our team.”