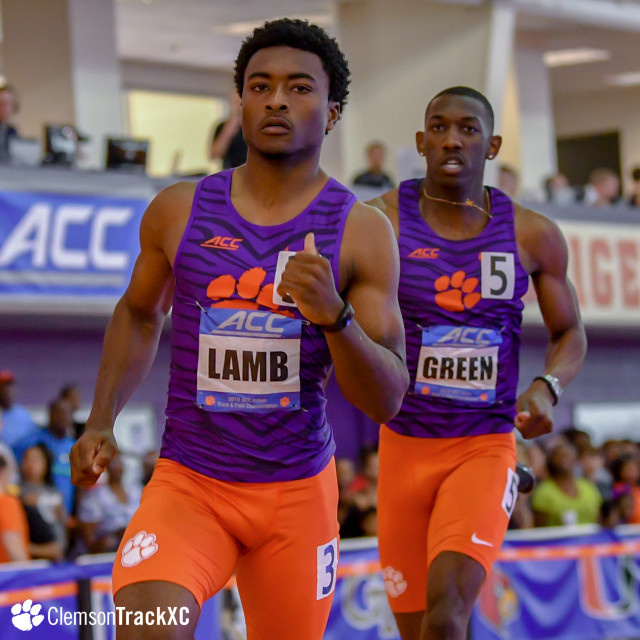 On the men’s side Cordell Lamb, Jeffery Green, John Lewis and Jeremiah Green will represent Clemson on the national stage. Lamb posted the nation’s 16th-best time (20.74) in the 200m dash at last weekend’s ACC Championships. Jeffrey Green currently owns the NCAA’s No.7 time after he set the ACC championship meet record and Clemson all-time record in the 400m dash after achieving a time of 45.82. Lamb and Green will both make their third appearance at the NCAA indoor championship meet as both were members of the Tigers’ 4x400m relay teams in 2015 and 2016. Lewis ran his personal best as well at ACC’s last week. The junior’s time of 1:47.14 in the 800m run stands as the nations’ No. 4 time in the event. Fifth-year senior transfer Jeremiah Green claimed his spot at NCAA’s after winning the ACC triple jump title, setting the Clemson record with a best-leap of 16.39m. Green currently sits at No. 4 in the NCAA in the triple jump. Green brings three years of NCAA indoor experience after qualifying in the triple jump from 2014-16.

For the women, Kamryn McIntosh, Fellan Ferguson, Grace Barnett, as well as both relay teams (4x400m and distance medley) are set to compete for national titles. McIntosh and Ferguson qualify after setting the seventh-best times in the 800m in the country at last week’s conference championship. The duo both ran a 2:03.59 in the event to win the silver and bronze. Barnett will make her second appearance at the NCAA indoor championship in the mile after achieving her season best time of 4:38.35 at the 2018 ACC championship. The women’s 4x400m relay unit consisting of Olivia James, Kendra Clarke, McIntosh and Ferguson qualified the Clemson women in the event after setting the ACC championship meet record. McIntosh, James, Ferguson and Barnett will represent the nation’s No. 4 team in the DMR.

The Tigers return to the Aggies’ Gilliam Indoor Track Stadium for the second time this season after competing at the Ted Nelson Invitational on Jan. 13.