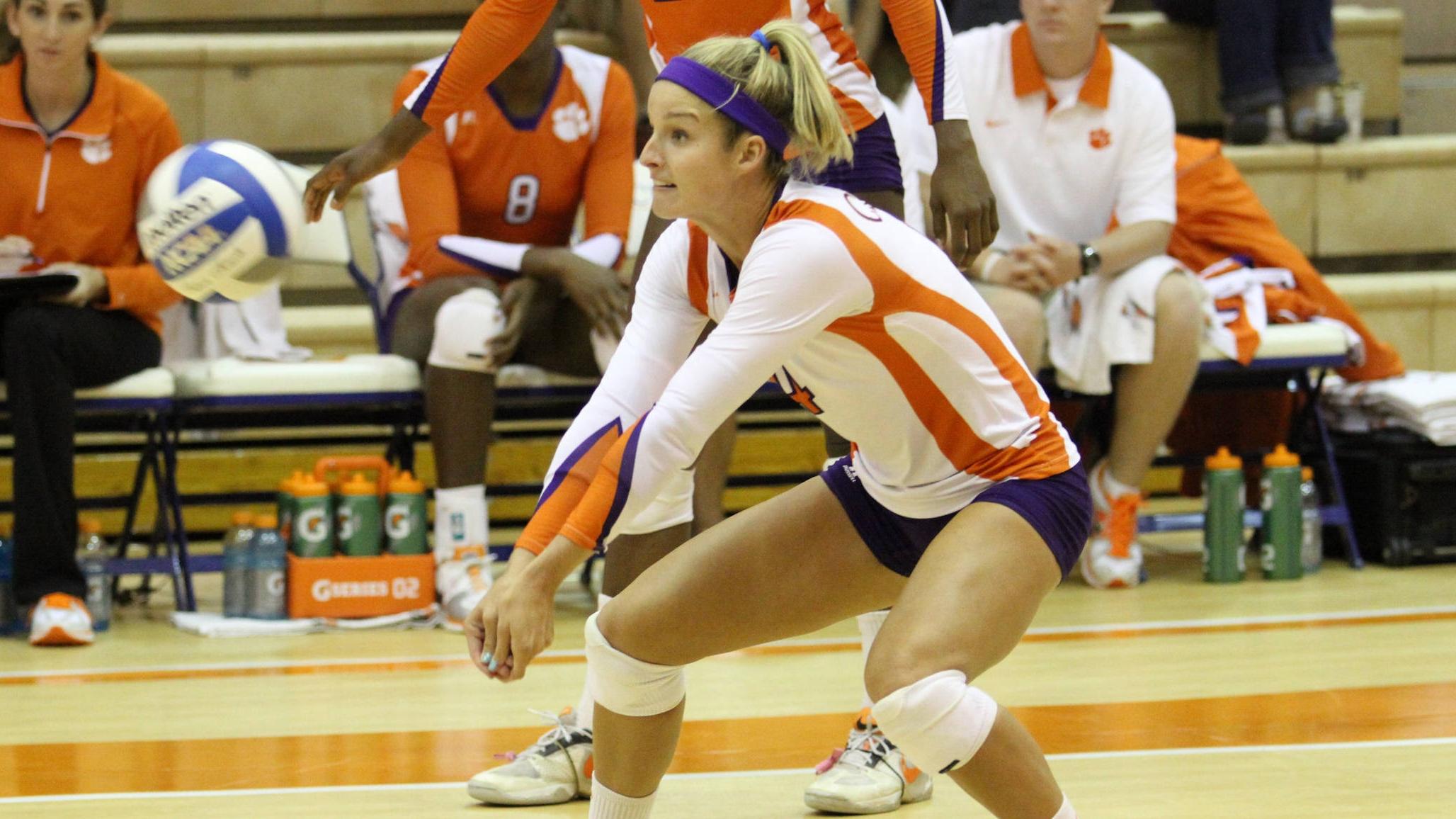 CLEMSON, SC -The Clemson volleyball team improved to 6-0 and laid claim on the Clemson Classic Championship trophy with a 3-0 (25-22, 25-20, 25-11) win over East Tennessee State (6-2) on Saturday in Jervey Gymnasium. Mo Simmons earned Tournament Most Valuable Player Honors after leading Clemson with 12 kills against the Buccaneers. She finished second in the tournament with 3.80 kills per set and 4.65 points per set, third in the tournament in blocking at 1.00 per set, fifth in hitting percentage at .303, and seventh in digs with an average of 3.00 per set. Also named to the All-Tournament team was Natalie Patzin, who finished second in the tournament with 4.90 digs per set and was a perfect 55-for-55 in serve receive on the weekend. Sandra Adeleye, who hit .366 with a 3.70 kills per set average was also named to the team, also finishing third in points and blocks per set. The Tigers won matches over Chattanooga and East Tennessee on Saturday in claiming the title. After clicking on and off in earlier matches, Clemson found its groove offensively, hitting .391 (40k-6e-87a) in the match, which holding the Bucs to a .142 mark. The Tigers were able to side out on 72 percent of ETSU’s serves, including 10-12 in the third set. Clemson hit .423 in the opening set, and did little to cool off, subsequently hitting .342 and .435 in the final two sets, respectively. Simmons led the way for the Tigers with 11 kills and hit .400, while Adeleye had eight kills without an error in the match. Clemson tallied ten blocks in the three-setter, with Alexa Rand moving into fifth place in Clemson history with five on the day. Adeleye also added four, and Brenner and Simmons three apiece. Brenner connected on 30-of-71 sets, as Clemson’s six errors were a season-low. Of Clemson’s six errors, five were hit into blocks. Just one attack went stray or into the net, a testament to Clemson’s solid offensive day and limiting of mistakes. The Tigers return to action on Tuesday as they travel to Furman in Greenville. The Tigers then head to Columbia for the Carolina Clash next weekend.