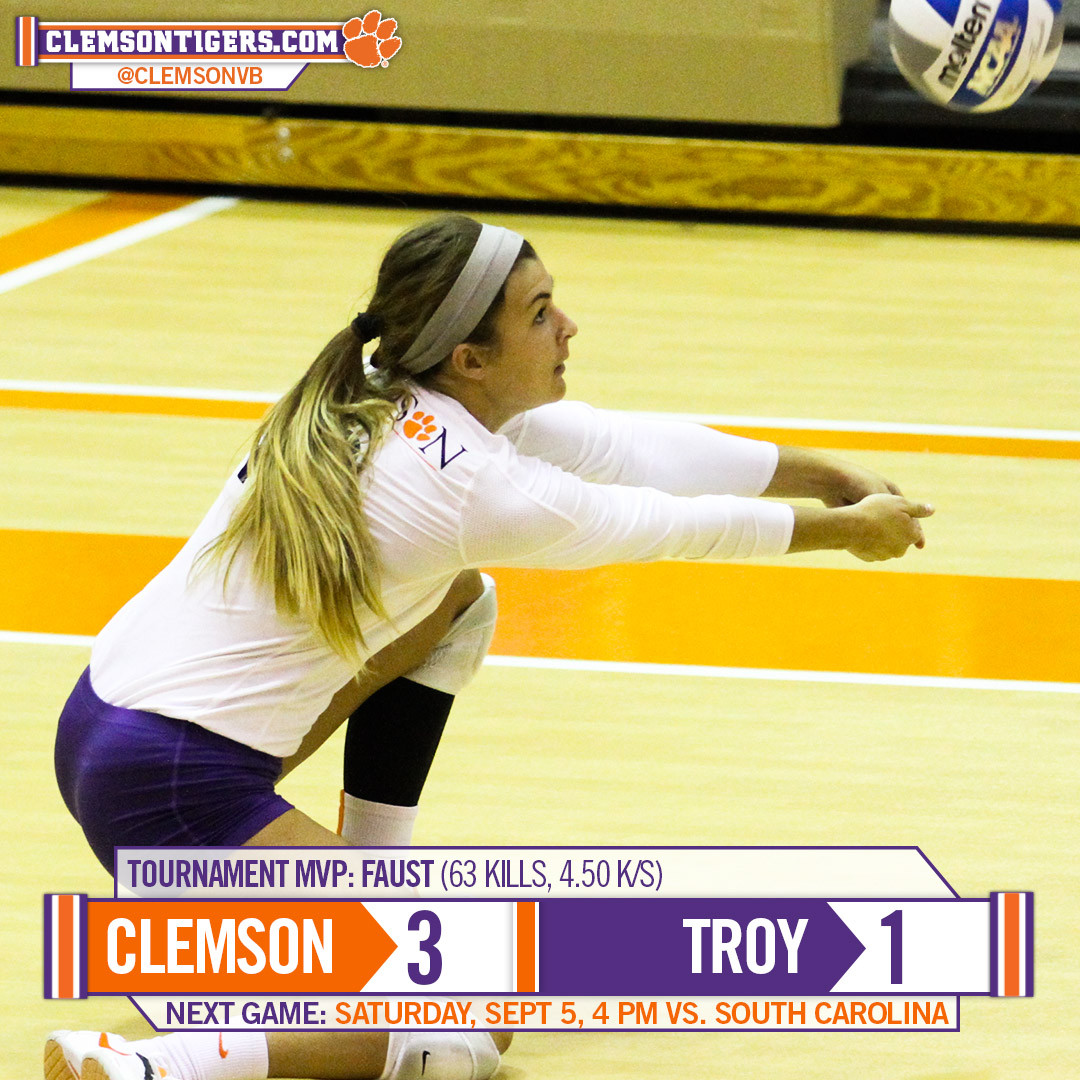 Senior Kristin Faust was named the Big Orange Bash Most Valuable Player. The outside hitter posted 63 kills on the weekend with a 4.50 kills per set average. Senior Karis Watson (39 kills, 2.79 k/s) and sophomore Leah Perri (33 kills, 2.36 k/s) were also named to the all-tournament team.

Clemson 3, Troy 1 Recap:Troy took the first set 26-24, before the Tiger offense took over the match. Perri (19), Faust (18) and Watson (10) all recorded double-figure kills in the contest. Freshman setter Kate Federico tallied 46 assists in the match, and 144 for the tournament (10.29 assists per set).

Defensively, Faust led the Tigers with 17 digs, while Federico posted 12 against the Trojans. Clemson posted 15 total team blocks, with Watson picking up nine to lead the team. The Tigers held Troy to a team hitting percentage of .097 for the match.

Clemson 3, UNC Asheville 0 Recap:Clemson took down UNC Asheville in three quick sets (25-14, 25-20, 25-14) on Saturday afternoon at the Big Orange Bash. The Tigers win over the Bulldogs improved the team record to 3-0.

Defense has been the most impressive part of Clemson’s play so far this weekend. The Tigers held four Asheville’s hitters at negative hitting percentages. A big part of the defensive effort came from the Clemson front row, which posted 10 total blocks on the match. Senior Niki Collier led the back row defense with 13 digs.

The Tigers return to action next weekend at the Carolina Clash in Rock Hill, S.C., where they face South Carolina on Friday, Sept. 5 at 4 p.m. Clemson meets tournament-host Winthrop and Furman on Saturday, Sept. 6.