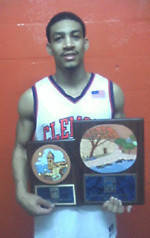 GUAYNABO, Puerto Rico — Vernon Hamilton scored 16 points while dishing out four assists to lead Clemson to a 66-59 victory over Akron and the San Juan Shootout Championship. The title is the school’s 22nd regular season championship and first since the 1990-91 season. Clemson won three games in three days for the first time since the 1980 Rainbow Classic and improves to 11-0, matching the 11-0 start to the 1995-96 season.

“I’m thrilled to get the win for a lot of those reasons,” said head coach Oliver Purnell. “That was a heck of a ball game against a heck of a team. They gave us all we wanted. I think they will be favored to win their league and they were playing great coming in. They were well prepared and they had the motivation to knock off an ACC team.”

Clemson fought off the Zips thanks to the play of Hamilton, who was named the tournament’s MVP. He is the first Clemson player to win MVP of a regular season tournament since Ricky Jones in the Golden Panther Classic in December of 1990. The junior point guard made key plays in a game that saw eight ties and six lead changes.

“This is the second game in a row where he took over in second half,” said Purnell. “He made big shots and was aggressive driving to the basket. He makes it easier for the coach when he can create those opportunities for himself and others.”

Clemson also benefited from good free throw shooting down the stretch. After starting the game 10-21 from the charity stripe, the Tigers protected their narrow lead in the final minutes by hitting 8-11 free throws.

“Akin [Akingbala] and Sam [Perry] made some big ones and that’s the position we want to be in,” said Purnell. “I’m not sure we’ll be a great free throw shooting team, but we want to be opportunistic and make big ones when it counts.

“The last six minutes we were pretty good coming down the stretch. We didn’t turn it over, we made free throws, and were solid defensively. That’s what you have to do in a six-minute game.”

James Mays scored 11 points while grabbing eight rebounds and Sam Perry added 11 points and six rebounds for the Tigers. The “Energy Brothers” provided a spark for the team in the second half.

“They did a great job on the backboards,” said Purnell. “They re both long and can contest shots defensively. It was certainly important here because they make us more athletic than Akron.”

“We felt they had to have threes to beat us, and we did a good job on that,” said Purnell. “We feel with our press that if it doesn’t get you sooner it gets you later. I thought that was the case later on in the game. Their legs were rubbery and we contested their shots.”

Clemson takes a break for Christmas before traveling to Georgia for a Dec. 28 matchup. The game tips off at 7:00 PM and will be televised by Fox Sports South.