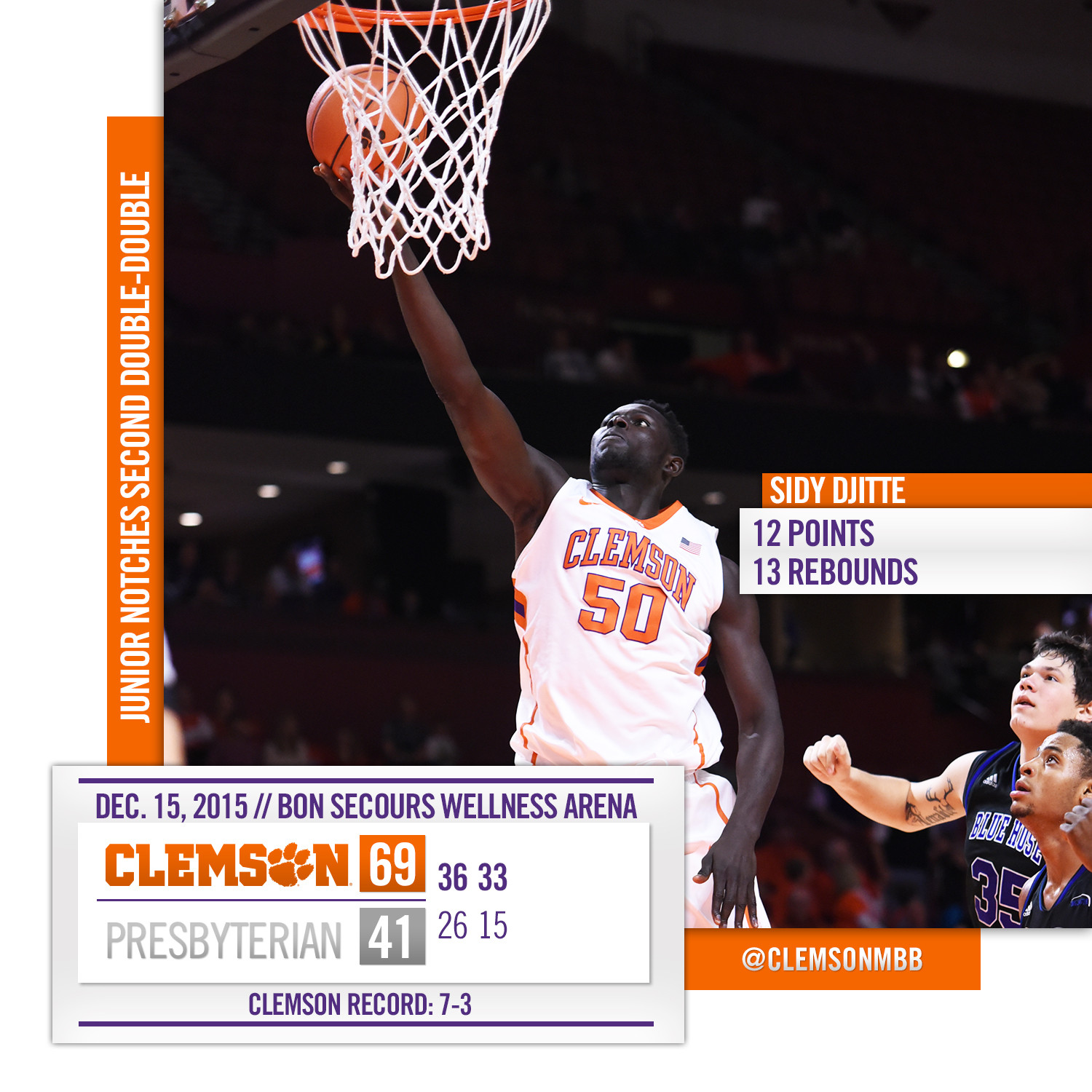 GREENVILLE, S.C. — Clemson rebounded from a difficult loss to Alabama less than 48 hours later with a 69-41 victory over Presbyterian College on Tuesday. The win improved Clemson to 7-3 on the season, while dropping the Blue Hose to 4-6 overall.

Clemson’s offense struggled to find the basket early, making just four of its first 11 attempts from the field. With the Tigers up just 16-13, DeVoe connected on Clemson’s first four-point play of the season. Moments later, he picked up a steal and jammed in two more for his first dunk of the season. The flush gave the Tigers a 24-15 lead.

The Tigers pushed the advantage to 36-22 later in the period when Donte Grantham connected on his 18th three-pointer of the season. But PC scored the final four points of half, including two at the buzzer off a steal.

Clemson came out more purposeful in the second half, stretching the cushion to 54-32 after consecutive long balls from Holmes and Grantham. Djitte went on a second half scoring binge, converting three straight buckets to help push the Tiger lead to 62-34.

The Tigers return to action Friday against the 25th-ranked South Carolina Gamecocks, who are 9-0 on the season. The two rivals will meet at 7 p.m. in a game that will be live streamed on ESPN3.