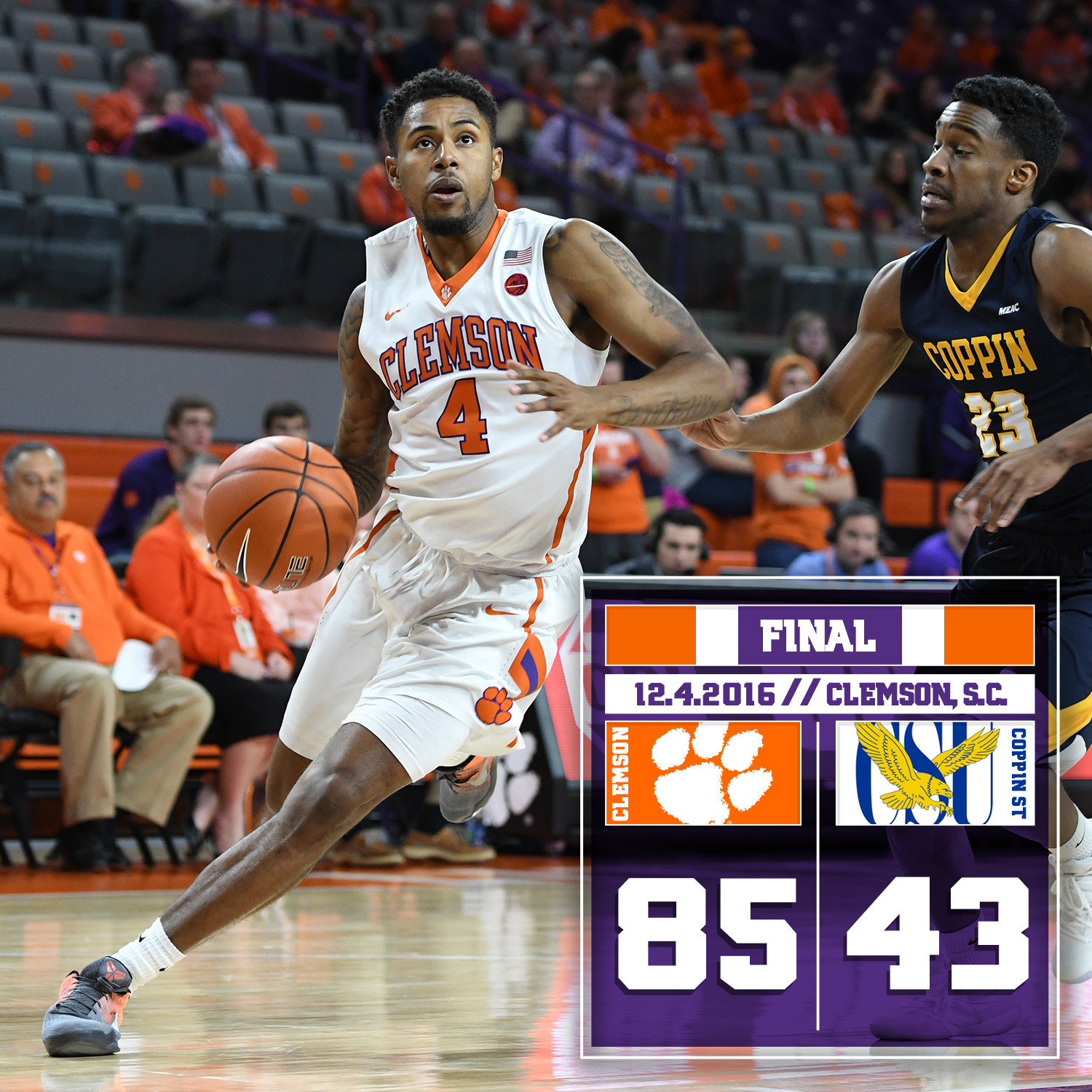 CLEMSON, S.C. — A record-scoring first half pace led Clemson to a lopsided 85-43 victory over Coppin State on Sunday. The win moved the Tigers to 5-2 on the season, while dropping the Eagles to 0-10 overall.

Four players reached double figures in the scoring column, led by Jaron Blossomgame with 15 points. He actually had a double-double, with 11 rebounds. Avry Holmes posted 13 points, Shelton Mitchell added 12 and Marcquise Reed finished with 11. The Tigers shot 54 percent for the game and held the Eagles to a 31 percent mark. Clemson had a 34-5 advantage in points off turnovers as well.

Mitchell, making his first start as a Tiger, helped get his team off to a good start. He hit a pair of fast break layups and followed with a steal and slam that gave Clemson a 30-10 lead. Later, the Tigers saw Avry Holmes and Marcquise Reed hit consecutive three-pointers as the lead ballooned to 46-14. Mitchell punctuated an fast-paced first half with a contested floater from the left side, giving the Tigers a 51-point opening frame.

The second half saw Clemson’s three walk-ons all contribute field goals in the final minutes. First, Lyles Davis swooped through the left side and completed a floater for his first career bucket. Then, Davis threw a bounce pass to freshman Isaac Fields for a layup. On the next possession, graduate Riley McGillan hit a turnaround jumper in the lane for his first points of the season to bring the bench and Clemson crowd to its collective feet.

The Tigers break for final exams before returning to action on Saturday, Dec. 10 against Mercer in a 4 p.m. tipoff from Littlejohn.