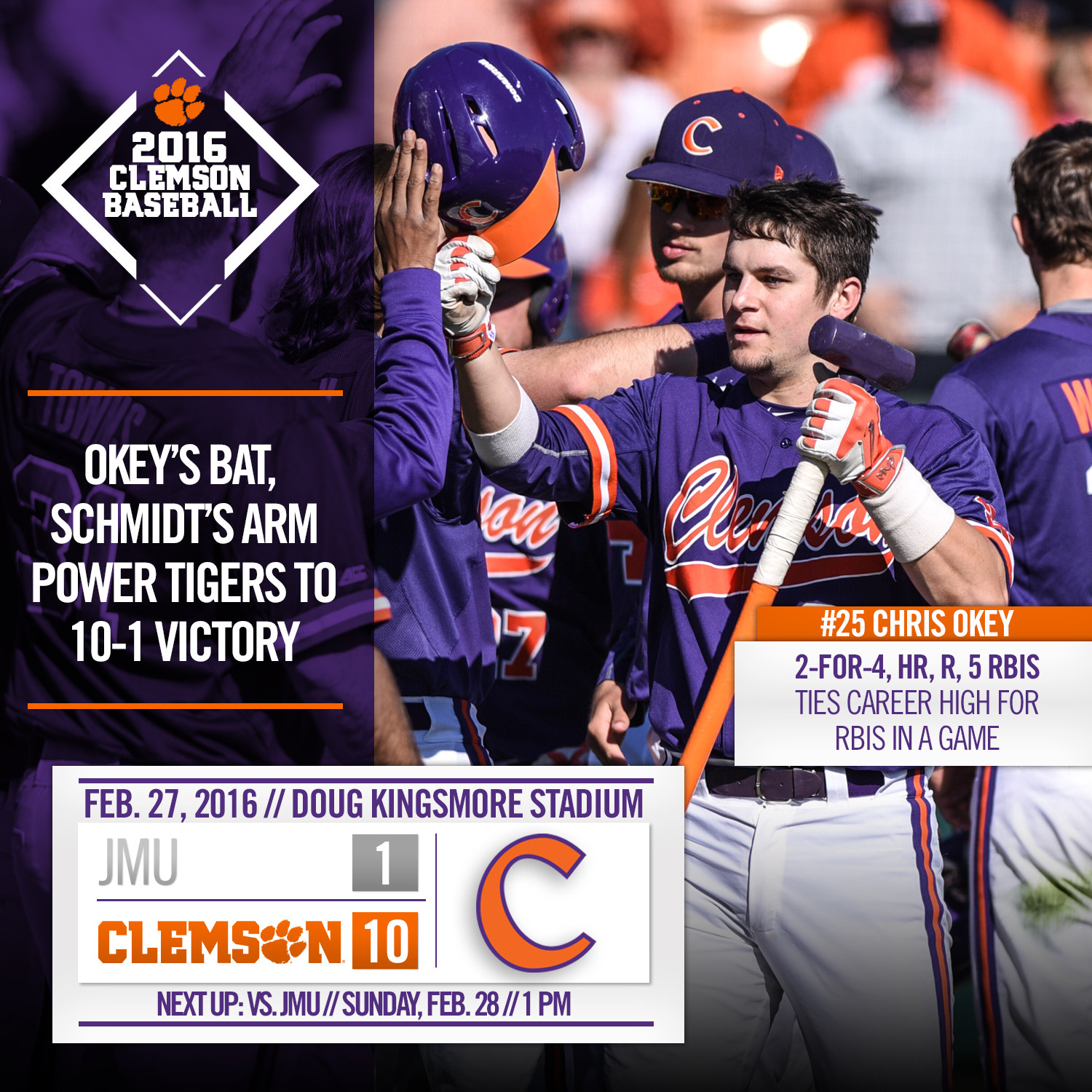 CLEMSON, S.C. – Clate Schmidt tossed 7.0 scoreless innings and Chris Okey went 2-for-4 with a homer and a career-high-tying five RBIs to lead Clemson to a 10-1 win over James Madison at Doug Kingsmore Stadium on Saturday afternoon. The Tigers, who took a 2-0 series lead, improved to 4-1 on the season, while the Dukes fell to 2-4.

In the best start of his career, Schmidt (2-0) allowed just three hits (all singles), no runs and three walks with four strikeouts to earn the win. The senior righthander threw just 82 pitches (56 strikes), including only 45 in the first five innings. Duke starter Colton Harlow (0-1) suffered the loss, as he gave up seven runs on six hits in 3.0 innings pitched.

The Tigers and Dukes play game three of the three-game series on Sunday at 1 p.m., at Doug Kingsmore Stadium. Fans can purchase four tickets and a $10 concession voucher for only $30. Live video is available for free on TigerCast at ClemsonTigers.com.