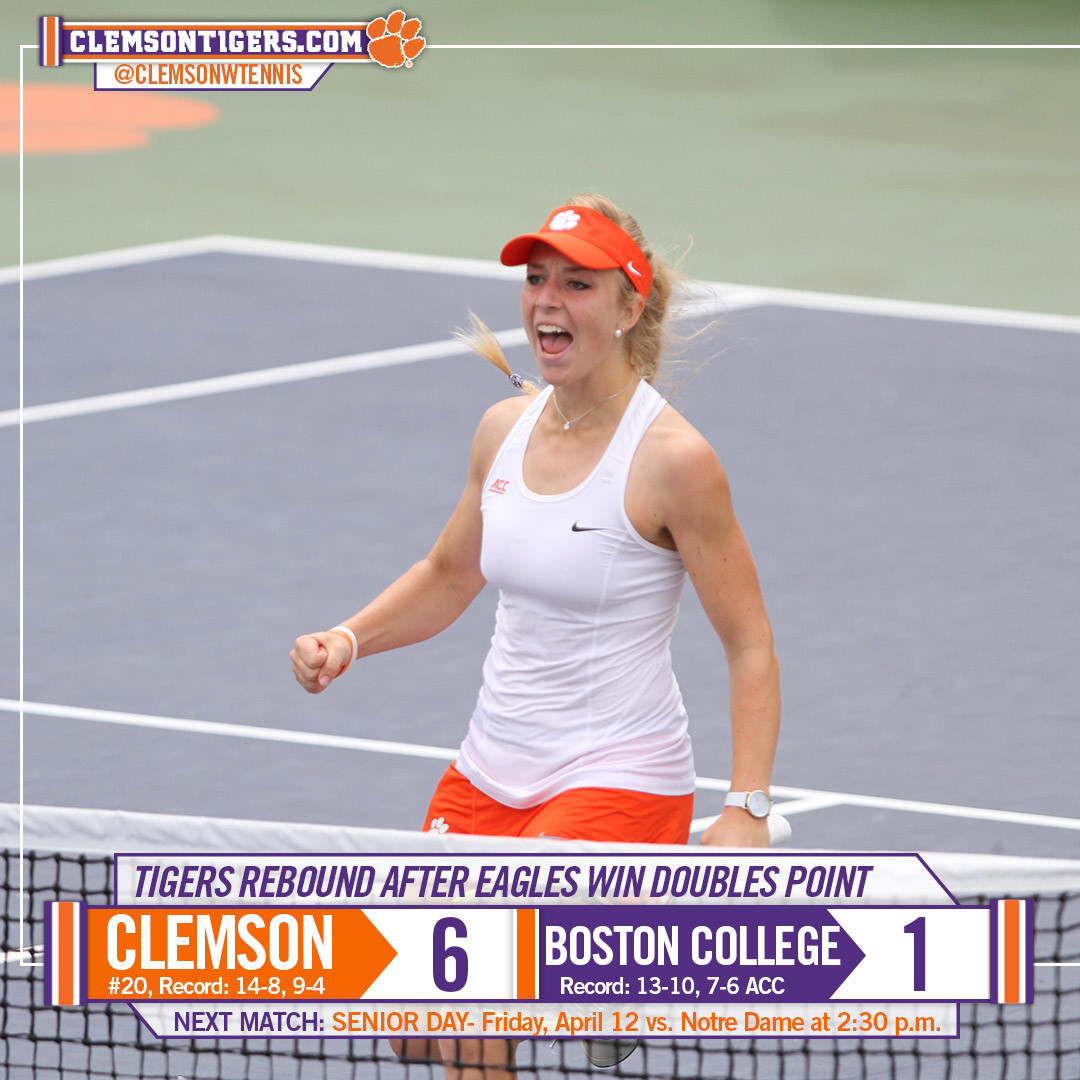 WATCH: (all seven points of Bea’s second-set tiebreak victory at No. 2 singles, which clinched the win over Boston College!)

CLEMSON, S.C. – The 20th-ranked Clemson women’s tennis team won all six singles matches after losing the doubles point to defeat Boston College 6-1 on Sunday afternoon at the Hoke Sloan Tennis Center. Clemson is now 10-1 all-time against Boston College. The Tigers improved to 14-8 overall and 9-4 in the ACC, while the Eagles fell to 13-10 and 7-6 in the conference.

In doubles play, Beatrice Gumulya and Yuilynn Miao won in convincing fashion, downing their Boston College opponent 8-2 at No. 3, before Joana Eidukonyte and Tristen Dewar fell 1-8 at No. 2. The doubles point came down to the match on court one, where the action was back and forth throughout. Ultimately, Romy Koelzer and Daniela Ruiz fell 6-8 after a tough battle, and the Eagles claimed the doubles point.

The Tigers return to the courts Friday, April 17 at 2:30 p.m. against Notre Dame. The match will be the final regular season home match for Clemson and will be senior day for Koelzer, Gumulya, Miao and Jessy Rompies.