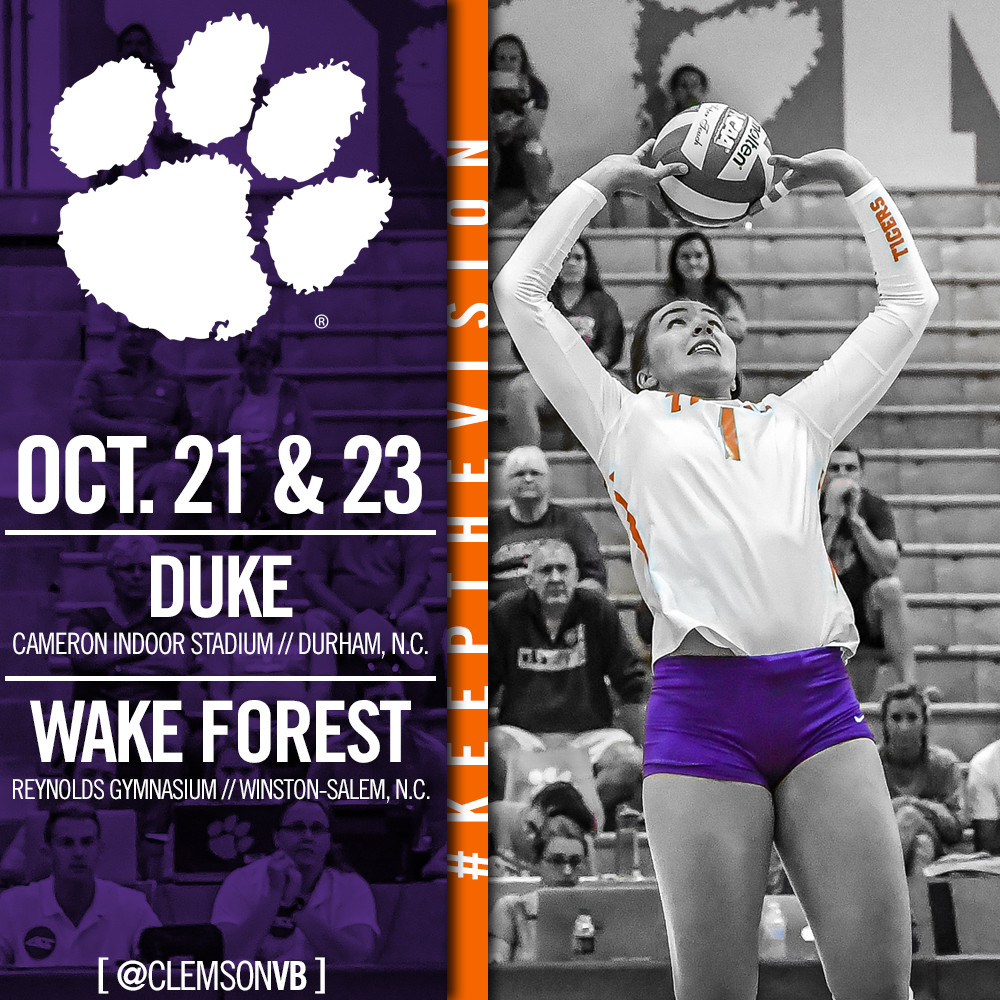 Clemson is coming off its best weekend of conference play this season, highlighted by its victory over Boston College. After falling behind 2-0, the Tigers came back to defeat the Eagles in three-straight sets to take the match by a narrow score of 15-13 in the fifth. Double-digit kill efforts from Leah Perri, Kailey Harvell and Annie Carter fueled Clemson’s offense as the Tigers out-hit the Eagles .224-to-.122. Carter finished the match with 40 attempts, marking a career-high and the first time in her young collegiate career she led the team in the stat category. Jaden Light’s career-best eight blocks on the afternoon played a significant role in Clemson out-blocking the Eagles as well, 13-5. Light currently ranks 10th in the ACC, averaging 1.08 blocks per set.

Defensively, the Tigers shut down opposing pin hitters over the weekend as the Orange hit .024 (21 kills, 19 errors, 83 attempts) and the Eagles hit .027 (34 kills, 31 errors, 110 attempts). All-together, opponents hit just .025 on the perimeter. Emily Curtis and Perri led the back row as both registered 10 digs or more in both matches, resulting in Perri’s pair of double-doubles. Keely Hayes tied a career-best and earned a double-double, contributing 15 digs against Syracuse while playing in just three-of-six rotations over the course of four sets due to Clemson’s 6-2 offense. Harvell earned her fourth double-double of the season against Boston College with 11 digs in Sunday’s contest.

Perri earned her 16th and 17th matches in 2016 with 10-kills or more while Harvell earned her 12th and 13th of the season. The sophomore out of Tallahassee, Florida began the season with a hot start, registering at least 10 kills in each of the first nine matches of the season and she has caught fire again over the course of her last five matches. Harvell has earned 51 kills and errored just 19 times on 124 swings in the last 19 sets, giving her a .258 hitting percentage on the outside. She’s killing 41% of the balls she’s set and erroring just 15% of the time.

Perri remains one of the most feared hitters in the ACC, ranking fifth in the conference with 285 kills and a 3.65 kills per set average. She has scored 331.5 of Clemson’s 1,139 points this season, placing her third in the ACC and her 4.25 points per set average is the fourth best average in the conference. Through 20 matches, she has already eclipsed last year’s ace (17) and block (51) totals with 20 aces and 52 blocks in 2016.