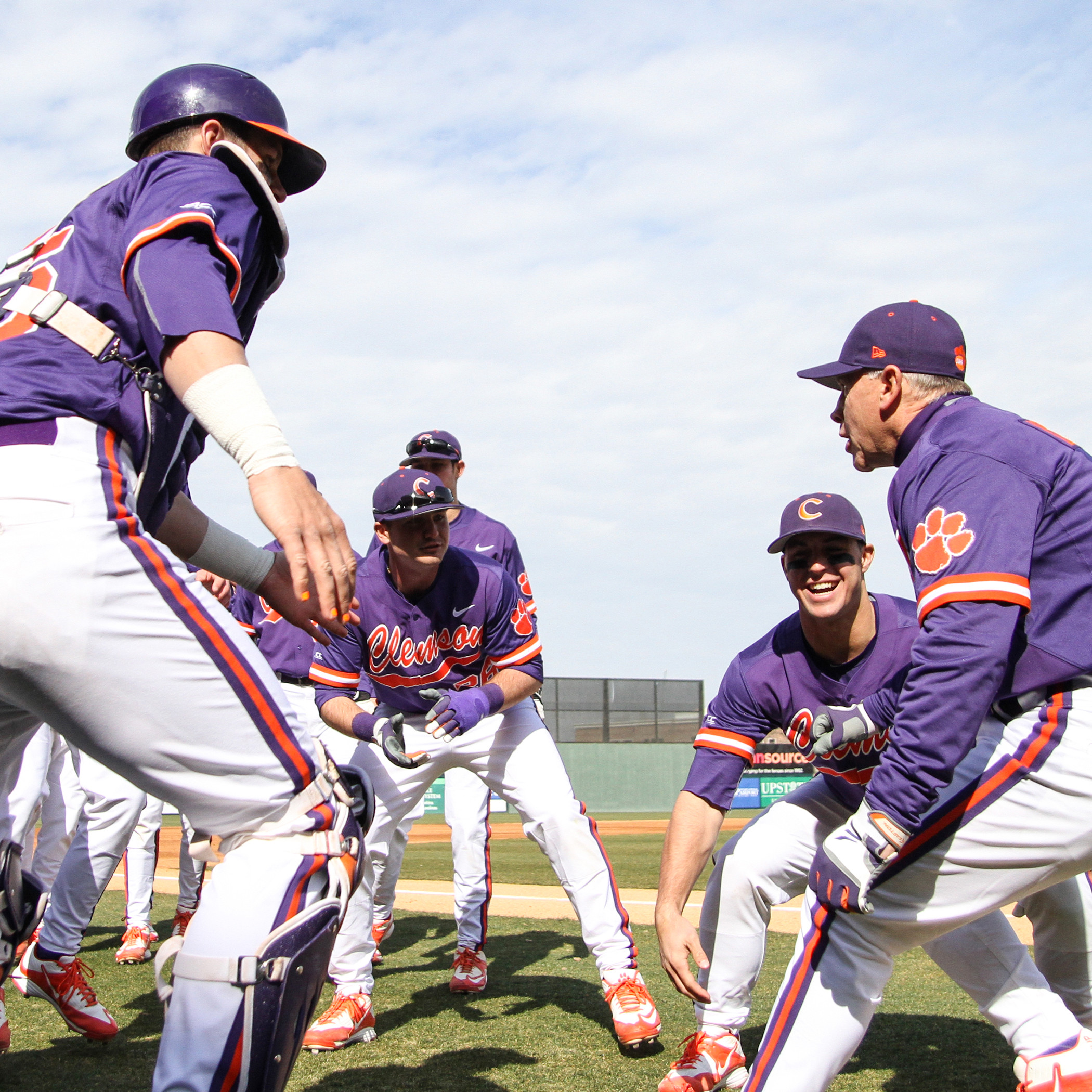 The Tigers open ACC play on the road in a three-game series at NC State this weekend.

CLEMSON OVERVIEW• Clemson is coming off two wins in three games against South Carolina and a loss at home to Winthrop on Tuesday.• The Tigers are averaging 5.8 runs per game and hitting .299 with a .372 on-base percentage and 13 stolen bases.• The pitching staff has a 2.18 ERA, .215 opponents’ batting average and 3.48 strikeout-to-walk ratio and Clemson is fielding .963.

NC STATE OVERVIEW• NC State is led by 19th-year Head Coach Elliott Avent.• The Wolfpack have won three games in a row. They are hitting .291 and have a 2.97 ERA and .968 fielding percentage.• Logan Ratledge is hitting a team-high .400 with a .511 on-base percentage and Preston Palmeiro is batting .395 with one homer and 14 RBIs.

QUICK HITS• Clemson has outscored its opponents 10-0 in the first inning and 17-2 in the seventh inning.• Steven Duggar and Tyler Krieger have both reached base in all 11 games.• Fourteen of Clemson’s first 23 games are away from home.

WILSON SHOWING POWER• Sophomore infielder Weston Wilson has shown his power in 2015 with a team-high three homers and nine RBIs in 10 games.• He is hitting .268 with two steals as the starting third-baseman.• Against No. 10 South Carolina on February 27, he hit two homers with four RBIs in Clemson’s 11-4 win.• He earned ACC Player-of-the-Week honors on March 2 for his three homers and seven RBIs in three games from February 25-28.• In his career, he is hitting .246 with five homers, six doubles, 32 RBIs and five steals in 65 games.