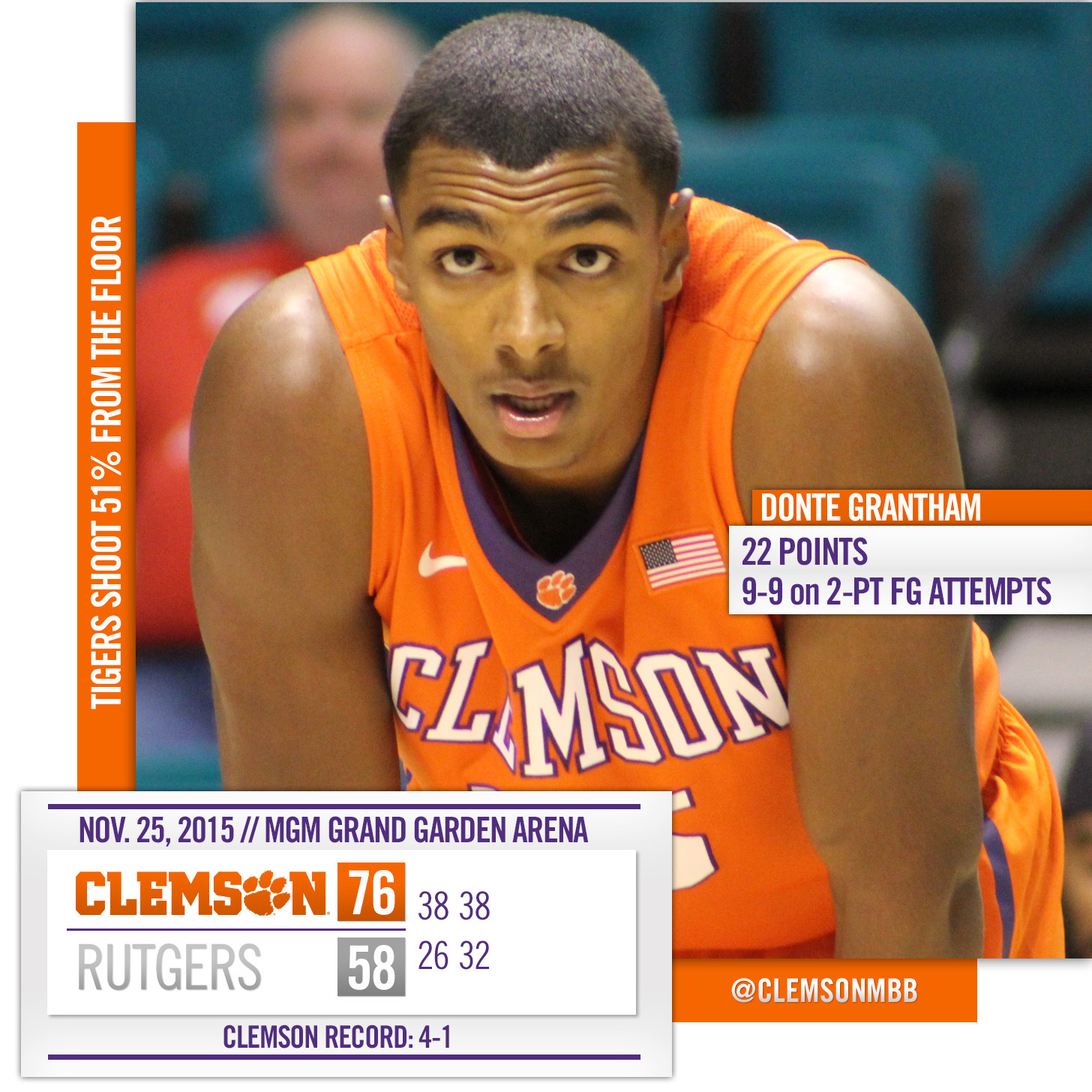 LAS VEGAS — Clemson dominated the battle in the paint and bounced back for a 76-58 win over Rutgers in the early morning hours Thursday in the consolation final of the Men Who Speak Up Main Event at MGM Grand. The Tigers moved to 4-1 with the win, while the Scarlet Knights fell to 3-3 on the season.

Donte Grantham and Jaron Blossomgame combined for 44 points, scoring 22 apiece. The duo combined for 15 rebounds as well. Grantham was perfect from two-point range, making all nine of his attempts.

“Our activity level was good, and we stuck to our plan better tonight,” said head coach Brad Brownell. “Donte played like the player we know he can be, so it was great to see him bounce back.”

A fluid first-half offensive performance led to a 12-point advantage for the Tigers. Grantham showed his all-around ability, scoring 15 of his points on an efficient 6-8 shooting from the floor. Landry Nnoko was the recipient of three easy dunks on perfect passes from his teammates, accounting for six of his first 10 in the ballgame. Nnoko finished with a season-high 14 points.

Clemson connected on 58 percent of its attempts in the opening half, including a stellar 13-16 clip from inside the three-point arc. The Tigers also out-rebounded the Scarlet Knights by an 18-11 advantage.

The Tigers return home for a few days before traveling to Minneapolis, Minn., for the Big Ten/ACC Challenge. Clemson plays at Minnesota on Monday, November 30 in a game that will tip off at 9 p.m. ET on ESPN2.