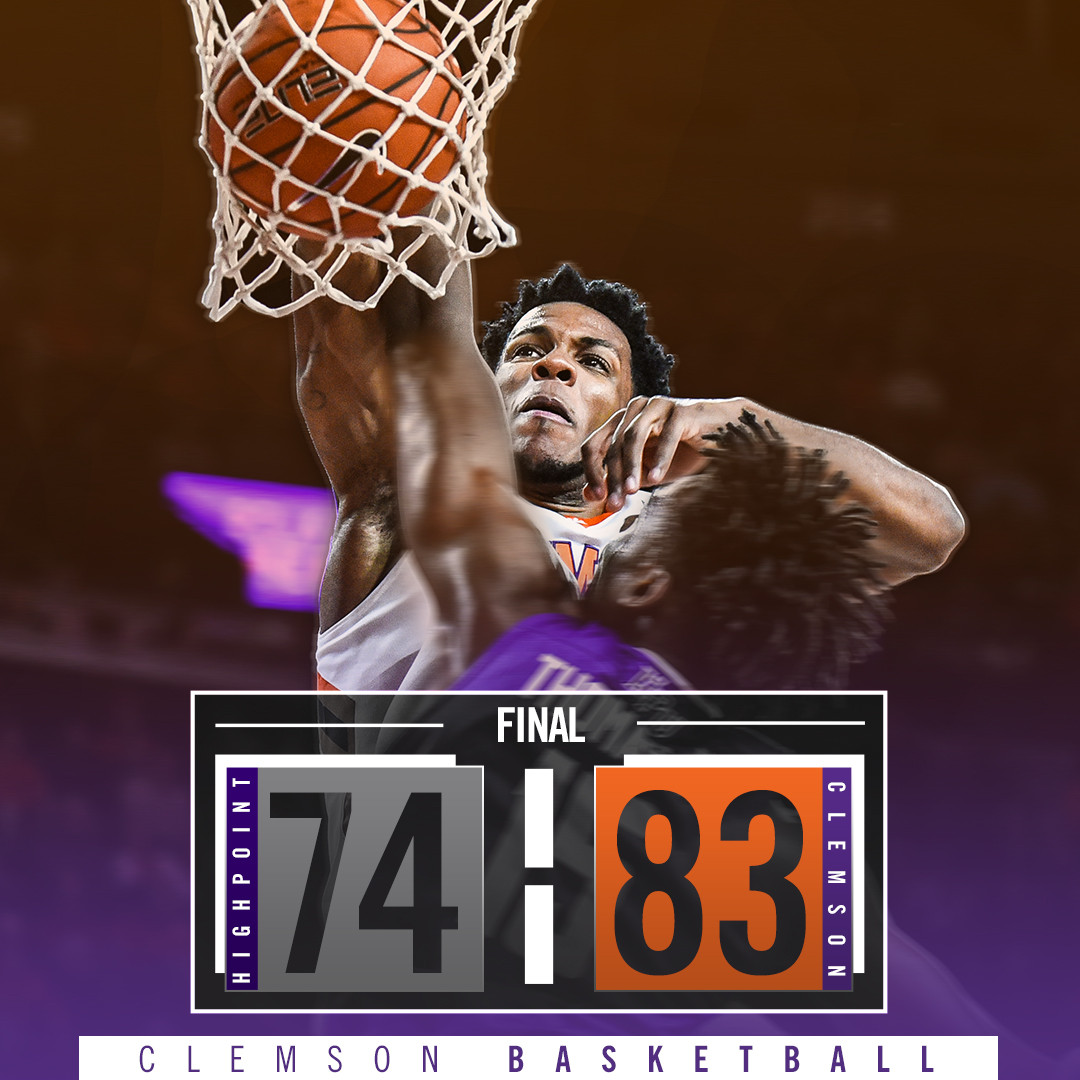 CLEMSON, S.C. — Clemson opened a five-game homestand with an 83-74 victory Friday over High Point. The Tigers moved to 3-2 on the season, dropping the Panthers to 3-3 overall.

Jaron Blossomgame led all players with 27 points, his second straight game with at least 20. The Tigers shot well from two-point range, converting 17 of 26 attempts. Clemson also converted 22-24 at the free throw line. High Point was led by Andre Fox’s 22 points. The Panthers shot 50 percent in the second half to make it a close game.

The Tigers faced an immediate zone defense from the Panthers, and again Gabe DeVoe got his team jump-started from the perimeter. With three long-range makes in the first seven minutes of the game, DeVoe pushed Clemson to an early 18-13 lead. It would grow to as much as 13 on multiple occasions, including at intermission following a three-point play by Donte Grantham in the final minute.

High Point trimmed the Tiger lead to just six on a couple of occasions. With under 10 to play, Anthony Lindauer buried a three-pointer to make it 64-58. He later converted off a steal with a layup that made it 68-64. But Clemson answered with four quick points, including a steal and slam by Blossomgame that kept the Panthers at bay.

The Tigers turn around to face Nebraska in the ACC/Big Ten Challenge on Wednesday, Nov. 30. The two teams square off at 9 p.m. in a game that will be televised by ESPNU. Tickets are available at ClemsonTigers.com, or by calling 1-800-CLEMSON.