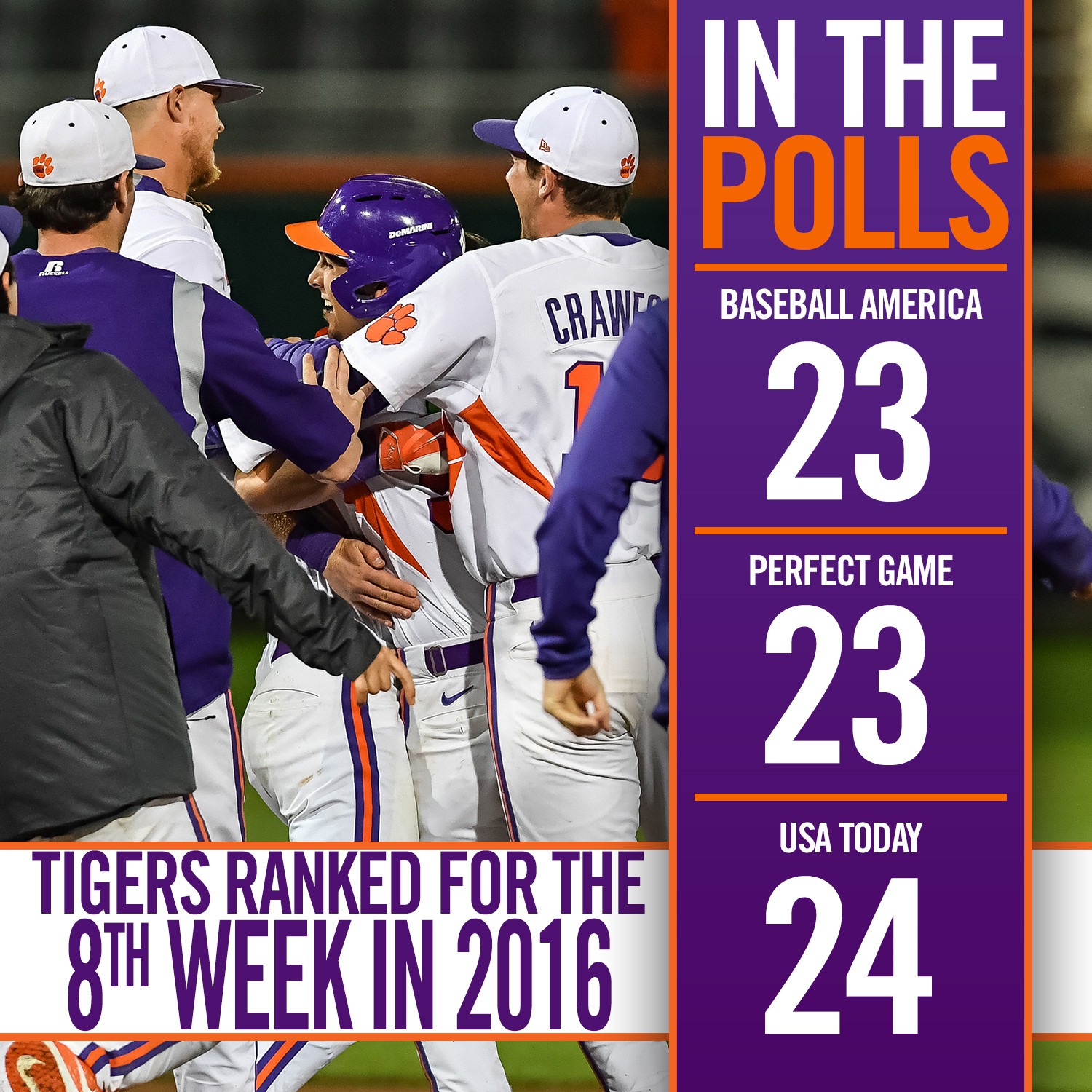 Tigers Back In The Top 25

CLEMSON, S.C. – After four victories in five games last week, including three wins over top-10 teams Florida State and NC State, Clemson (31-16) is back in the top 25 of the polls this week. The Tigers are ranked No. 23 by Baseball America and No. 24 in the USA Today coaches poll. Clemson is also ranked No. 23 by Perfect Game. It marks the eighth week this season Clemson is ranked in at least one of the polls.

Clemson is No. 9 in the latest RPI thanks in large part to playing a top-10 schedule and a national-high 17 wins over top-50 RPI teams. Fifteen of the Tigers’ 16 losses have been to top-46 RPI teams as well.

The Tigers conclude their 13-game homestand with a two-game, midweek series against College of Charleston starting Tuesday night before traveling to Statesboro, Ga., to take on Georgia Southern in a three-game series this weekend.