CLEMSON, S.C. – The Clemson volleyball team hosted two back-to-back tournaments to open the 2022 season and finished with four all-tournament selections and one Heather Kahl Holmes Setter of the Tournament Award during those tournaments.

The 2022 season began with the Big Orange Bash where Clemson welcomed Austin Peay, Louisiana Tech and Presbyterian to Jervey Gym. The Tigers finished with a perfect 3-0 weekend sweeping Louisiana Tech and Presbyterian in three sets and defeating Austin Peay in four. Senior Ani Clark was named the tournament MVP after recording 31 kills while maintaining a .605 hitting percentage. She ranked second in the NCAA for hitting percentage amongst Division I players while leading the ACC.

Other Big Orange Bash All-Tournament selections included junior Camryn Hannah, freshman Mia McGrath and senior Mckenna Slavik. Hannah and McGrath were chosen after tallying 50 and 28 kills, respectively. Hannah led the tournament in kills and points, while McGrath added three aces and two block solos in her collegiate debut. Slavik was awarded the Heather Kahl Holmes Setter of the Tournament Award which goes to the most impactful setter at the Big Orange Bash and was named after former Clemson volleyball player and coach Heather Kahl who passed away in May 2019. This is the second time that Slavik has earned the honor after earning the inaugural award in 2019.

Last weekend, Clemson hosted the Clemson Invitational welcoming Jacksonville State, The Citadel and Gardner-Webb to Jervey. Clemson battled through all three matches by taking Jacksonville State and The Citadel to five sets, while sweeping Gardner-Webb in three straight. Sophomore Azyah Dailey was the lone Tiger to be named to the Clemson Invitational All-Tournament team after finishing the weekend with 32 kills, 12 digs and five blocks.

Clemson returns to action on Tuesday night hosting South Carolina in the Palmetto Series presented by S.C. Education Lottery. The Tigers then gear up for two-straight tournament weekends on the road traveling to the Buccaneer Classic hosted by ETSU and to the Samford Invitational hosted by Samford. 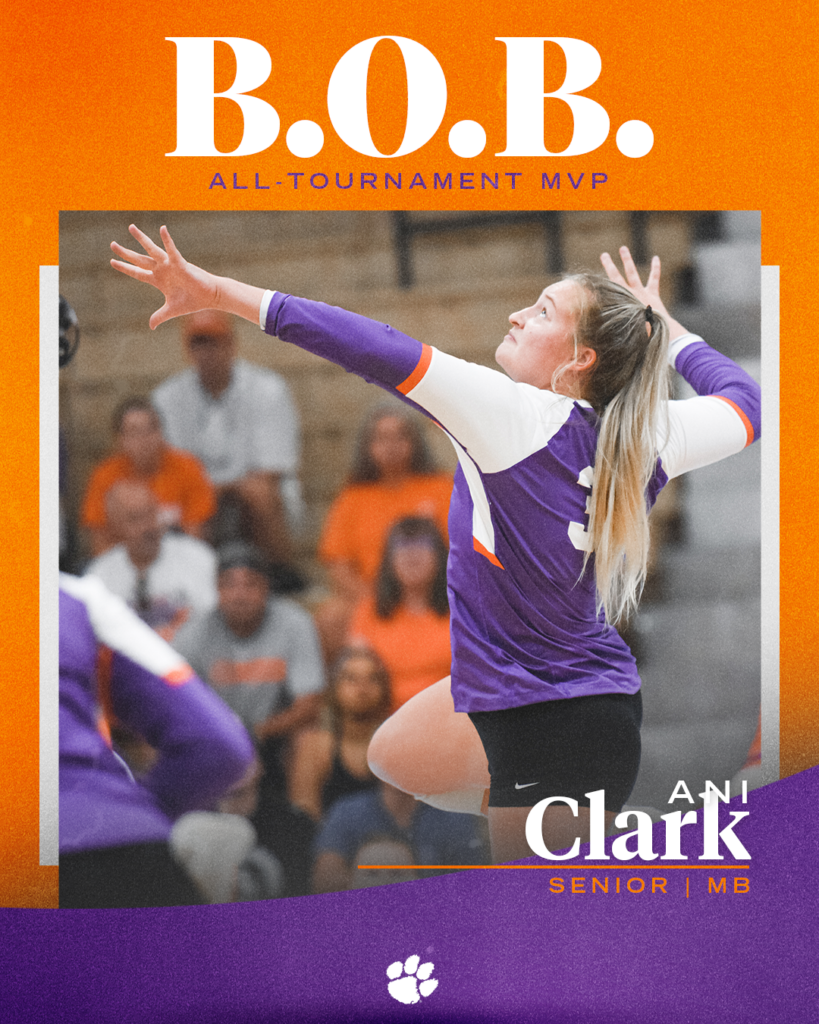 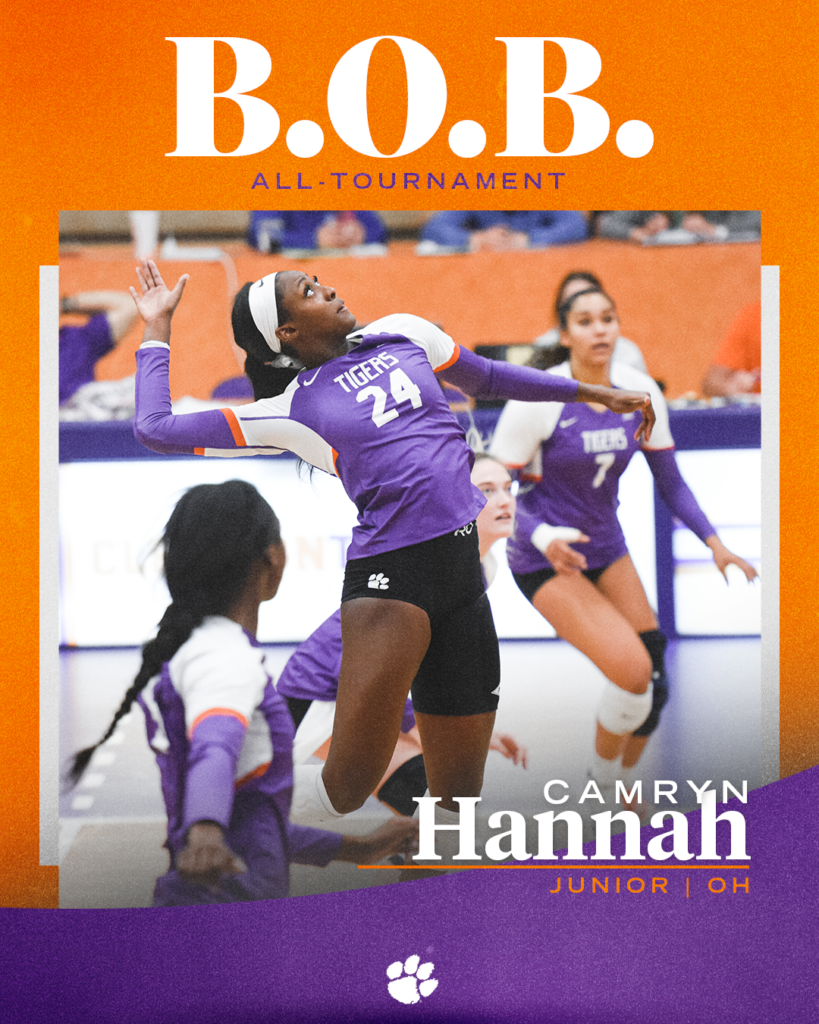 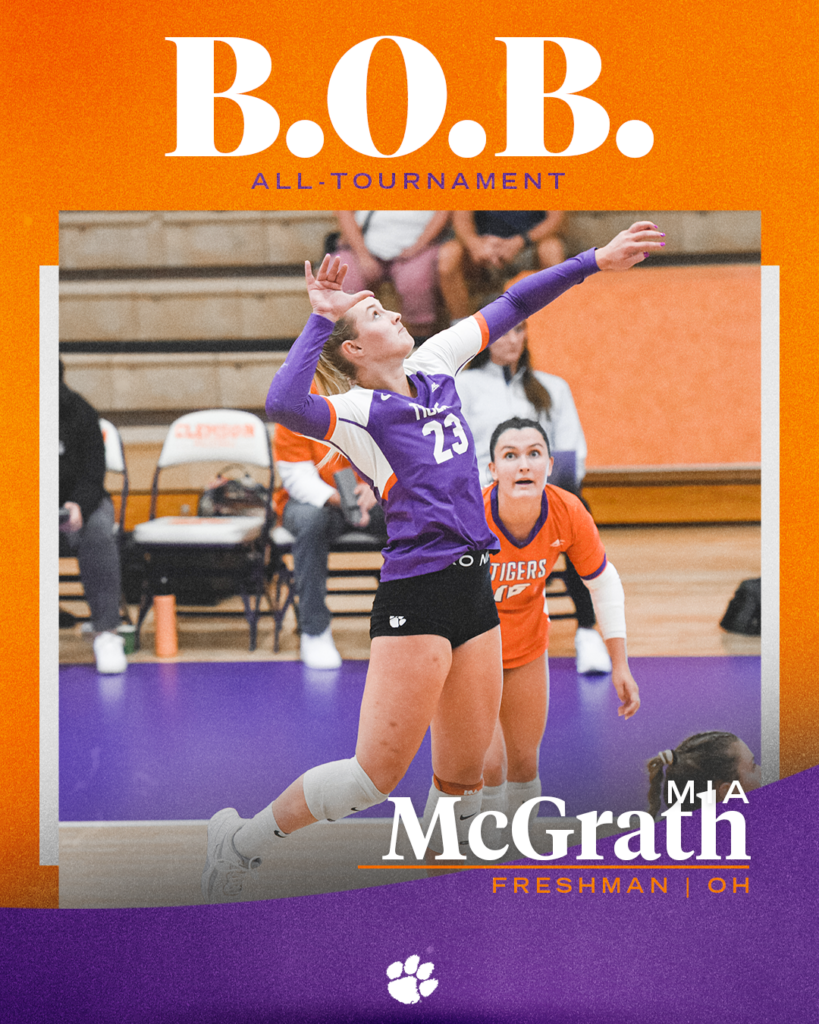 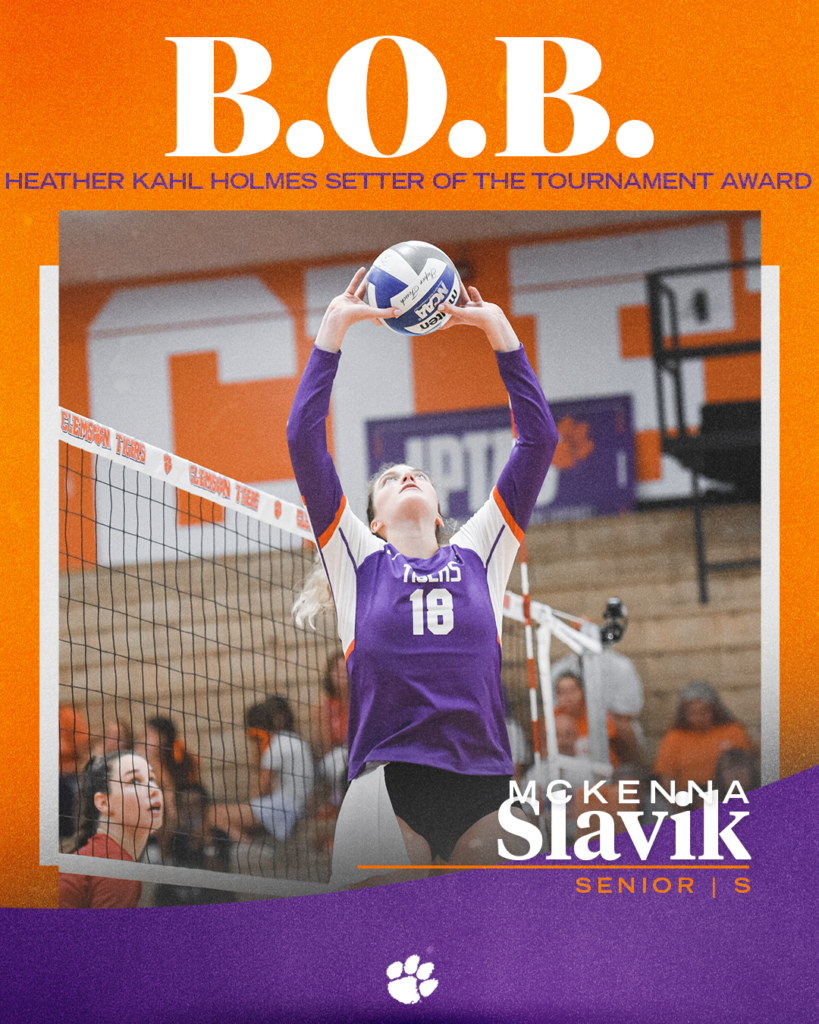 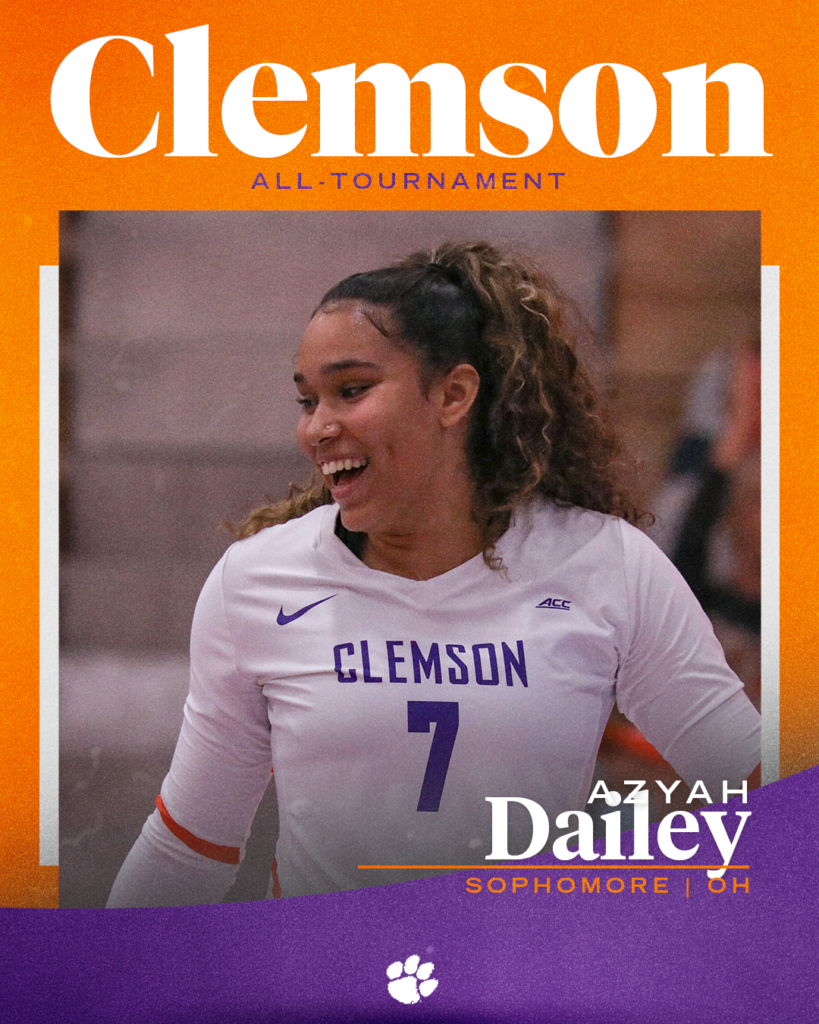