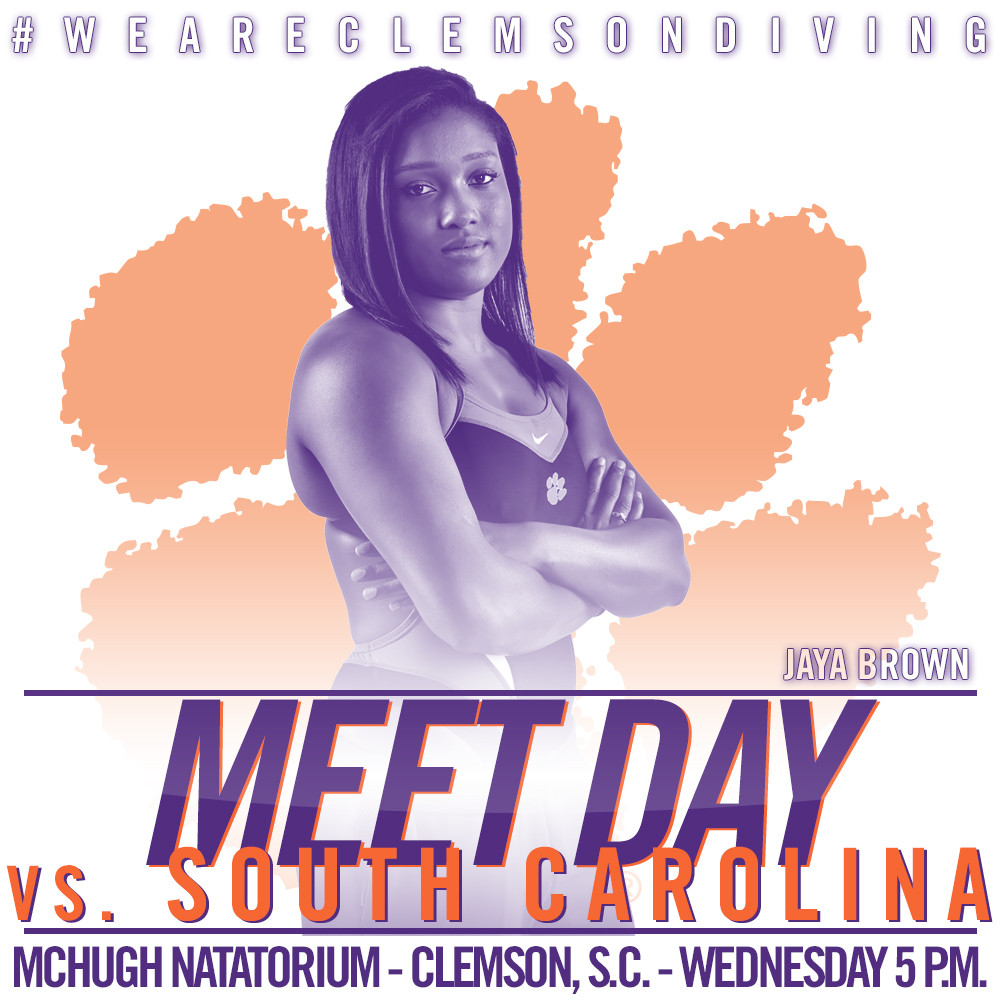 Tigers and Gamecocks to Face Off in McHugh Natatorium

CLEMSON, S.C. – Coming off a winning weekend at the Naval Academy, Clemson is set to compete against rival South Carolina on Wednesday at 5 p.m. in McHugh Natatorium. The competition will be the last home meet of the semester for the Tigers.

Over the weekend, the Tigers took the top five spots in both the one- and three-meter during Saturday’s Navy Invitational against Navy, Bucknell, Lafayette and American, and sophomore Jaya Brown and seniors Danielle Reitsma and Sarah Braun all recorded NCAA Zone qualifying scores in the one-meter. On Monday, the Tigers got their first look of the season at the platform, and freshman Frieda Lim topped the competition by over 50 points.

The Gamecocks last competed on Friday, Nov. 4 in a dual meet at Arkansas, and junior Julia Vincent won both the one- and three-meter. Her score of 344.70 in the one-meter was a personal best and broke the Arkansas Natatorium record. She is also undefeated in the three-meter and recorded her best score of the season (351.30) in that event during the meet at Arkansas.